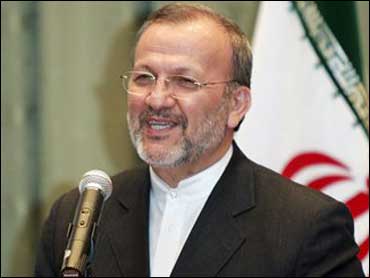 We Brits are incurably nosey. When a police car stops outside our neighbor's house, we peer through the curtains. If they knock on the door we get suspicious. And if they drop by more than once we become convinced that something fishy is going on at number 48.

Similar things are happening at number 10. Number 10 Downing Street that is, home of the British Prime Minister Tony Blair. Mr. Blair, remember, is the guy who breathed new life into his party and was swept to power getting on for ten years ago. He was young, attractive and apparently incorruptible. The Blair image persuaded a lot of rich people to give big money to finance his campaigns.

Of course HE never actually asked for the money. His old friend and tennis partner Michael Levy did that. And Mr. Levy was so good at extracting donations that he ended up with a seat in our upper parliamentary chamber, the House of Lords and a title - Lord Levy. Not that anyone is suggesting that merely being good at removing large sums of cash from the wallets of the wealthy is a guarantee of an honor. Bless my soul no - we don't sell honors. It's not lawful. But it is a strange coincidence that so many generous party donors are now Lord this and Lord that.

A month or two back some bright spark in Parliament reported the coincidence to the police and an investigation began. Nobody really thought it would go very far. The police usually treat their political masters with kid gloves. But now it has. Two days ago Lord Levy was asked to meet the police to answer a few questions. When he turned up, they arrested him.

Given that Levy regards Tony as his inseparable best friend this is a little bit close for comfort. His Lordship insists he has done nothing wrong and has been released on bail. Mr. Blair is standing by his pal and has not removed him from the other semi-official role as special envoy and adviser on the Middle East. The police meanwhile are using clever new American software, made in Pasadena, to trawl through Government computers - this kit can even piece together exchanges of deleted e-mails. The net is closing.

In such situations truth really doesn't matter. There's a finger of suspicion pointing Tony Blair's way. And suspicion is like mud - throw enough of it and some will stick. Outside 10 Downing Street, night and day, there is always one uniformed police officer. Is he about to knock on the door?
by Ed Boyle