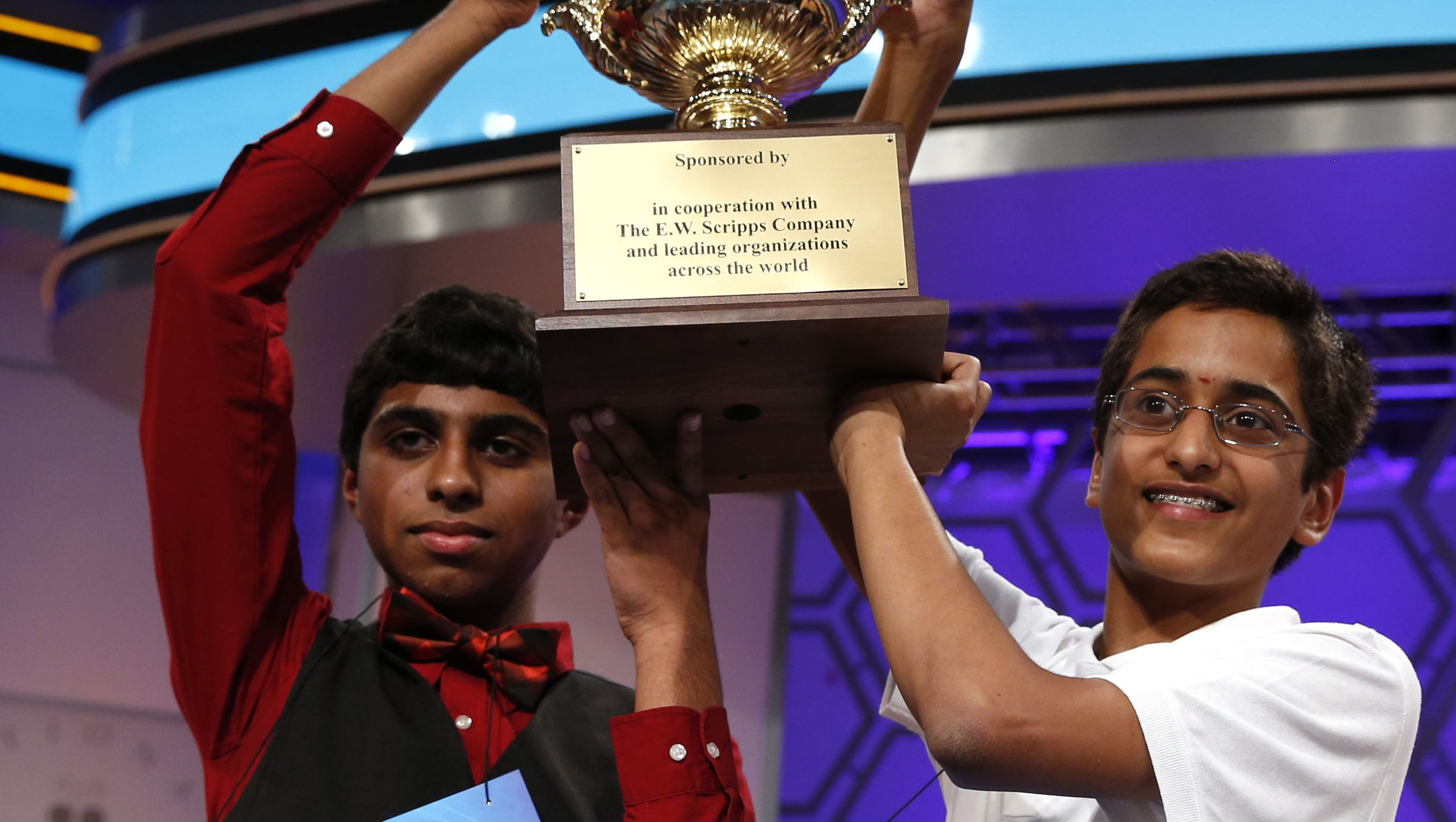 OXON HILL, Md. - For the first time in 52 years, two spellers were declared co-champions of the Scripps National Spelling Bee on Thursday.

Sriram Hathwar of Painted Post, New York, and Ansun Sujoe of Fort Worth, Texas, shared the title after a riveting final-round duel in which they nearly exhausted the 25 designated championship words. After they spelled a dozen words correctly in a row, they both were named champions.

Earlier, 14-year-old Sriram opened the door to an upset by 13-year-old Ansun after he misspelled "corpsbruder," a close comrade. But Ansun was unable to take the title because he got "antegropelos," which means waterproof leggings, wrong.

Sriram entered the final round as the favorite after finishing in third place last year. Ansun just missed the semifinals last year.

They become the fourth co-champions in the bee's 89-year history and the first since 1962.

"The competition was against the dictionary, not against each other," Sriram said after both were showered with confetti onstage. "I'm happy to share this trophy with him."

Sriram backed up his status as the favorite by rarely looking flustered on stage, nodding confidently as he outlasted 10 other spellers to set up the one-on-one duel with Ansun. The younger boy was more nervous and demonstrative, no more so than on the word that gave him a share of the title: "feulletion," the features section of a European newspaper or magazine.

"Ah, whatever!" Ansun said before beginning to spell the word as the stage lights turned red, signaling that he had 30 seconds left.

Although they hoisted a single trophy together onstage, each will get one to take home, and each gets the champion's haul of more than $33,000 in cash and prizes.

Both champions are Indian-American. The past eight winners and 13 of the past 17 have been of Indian descent, a run that began in 1999 after Nupur Lala's victory, which was later featured in the documentary "Spellbound."