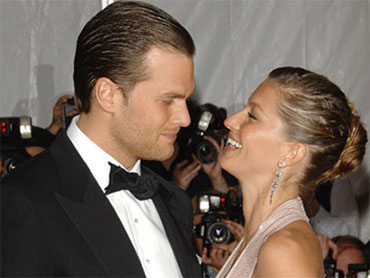 Break out the infant-sized football gear.

Brady announced the birth Wednesday, but did not reveal the boy's name. He called it "a wonderful experience in my life."

The child, born Tuesday night, is Brady's second. He also has a 2-year-old son, Jack, with actress Bridget Moynahan. Bundchen is a mother for the first time.

Brady and Bundchen were married in February in Los Angeles in a small ceremony. In April, they tied the knot again in front of friends and family in Costa Rica. Bundchen's pregnancy was announced in June.

The birth was first reported by People.com.