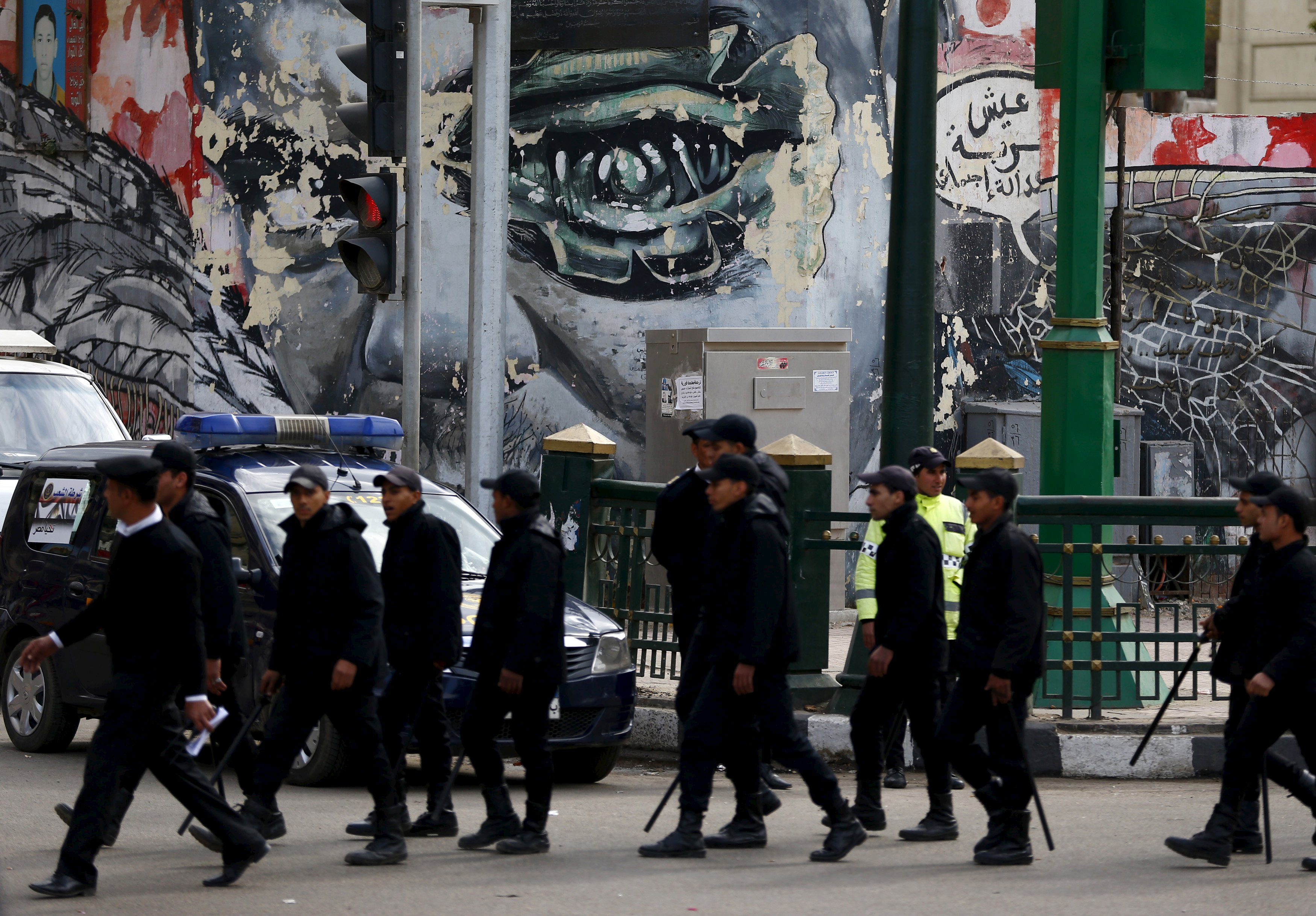 ROME -- As Italians mourned, Italy's premier insisted Friday that his country's friendship with Egypt can only exist "if the truth emerges" about the death of an Italian doctoral student who was doing research in Cairo.

Premier Matteo Renzi's remarks on Italian state radio came on the day of slain student Giulio Regeni's funeral and kept up the pressure on Egypt to find and bring to justice whoever tortured and killed the young man.

Regeni had been living in Cairo to research Egyptian labor movements for his doctorate from Cambridge University. His body was found Feb. 3, nine days after he disappeared. In his hometown of Fiumicello in northeastern Italy, friends streamed in from afar for a private funeral service Friday in a gym and locals offered spare rooms to mourners.

The media and authorities were excluded from the service, which set up 1,000 chairs for relatives and friends. Those who couldn't fit inside huddled together under umbrellas and listened to the service through loudspeakers.

Regeni, 28, went missing in Egypt on Jan. 25, the fifth anniversary of the uprising that toppled longtime autocrat Hosni Mubarak. Egyptian police and security agents were out in force on Cairo's streets, determined to quash any demonstrations.

His body was discovered along a road on Cairo's outskirts. Italian news reports said his toenails and fingernails had been ripped off.

"I again express condolences to Giulio's family and I say that which we have told the Egyptians: 'Friendship is a precious thing and it is possible only in truth,'" Renzi said on the radio.

During the service, a young man read out words of gratitude from Regeni's mother: "The energy of your thinking remains in my heart: your thinking, to love, to understand, to build tolerance. "

In an apparent reference to the Arab Spring uprisings, one mourner identified only as Giulia told the congregation: "They can mow down all the flowers, but they cannot stop the spring. Giulio, you are the spring," the Italian news agency ANSA reported.

Italian state TV said Italian investigators have spoken to a witness who told them that two men, apparently plainclothes police, stopped Regeni and escorted him away as he walked from his apartment to the subway. Some of Regeni's friends in Cairo have also told Italian investigators that Regeni was unnerved in December when someone snapped his picture at a labor meeting in Cairo, then left.

Interior Minister Angelino Alfano said Rome has insisted on "efficient cooperation" from Egypt but added "we don't have any new elements" in the probe.

The European Union's foreign affairs chief, Federica Mogherini, said she expressed Europe's "most grave apprehension over what happened to Giulio" when she spoke with Egypt's foreign minister at a security conference in Munich.

Egyptian authorities initially blamed Regeni's death on a road accident. A second autopsy, done in Italy, determined that he suffered a fatal fracture of a cervical vertebra, either from a strong blow to the neck or from forced twisting of the neck.

His hands, feet and other bones had multiple fractures and his face was heavily bruised, the autopsy found. Laboratory tests to determine when he died are expected to take a few more days.