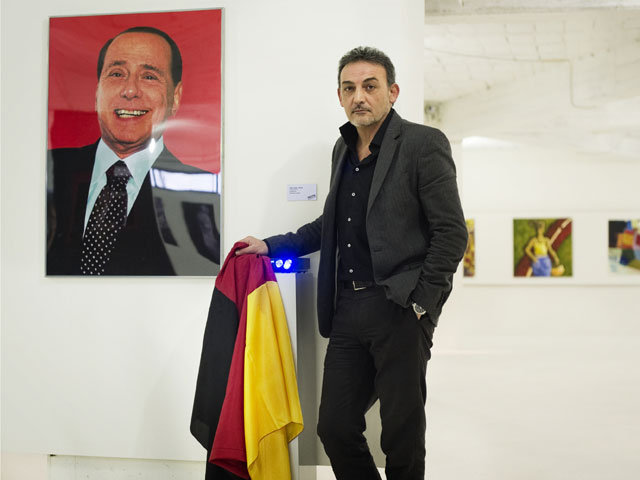 The director of a contemporary art museum near Naples said he is asking for asylum in Germany because of repeated mafia threats and his government's failure to protect Italy's cultural heritage.

Antonio Manfredi, director of the Contemporary Art Museum in Casoria, told Agence France Presse that he prefers Germany because of its support for the arts and artists.

"I'm serious. It's not some kind of performance art. If (German Chancellor Angela Merkel) gives me asylum, I'm going to pack up my bags and move to Germany with my staff and the museum's entire collection of 1,000 works," said Manfredi, who is also a sculptor.

Manfredi told German news magazine Der Spiegel: "This is a warning scream from Italian art to the world."

To make his point, he has even planted a German flag outside the museum, the AFP reports.

Manfredi opened the museum in 2005 after many years abroad, according to news reports.

He has collected roughly 1,000 pieces of contemporary art from around the world, including photographs, sculptures, video installations and paintings, Spiegel reports. It is also used as a space for performance pieces.

Manfredi said he began to experience death threats after putting on two shows highlighting the Camorra - the Naples version of the Mafia - and its role in the state, Spiegel reports.

"There are dark forces at work here that want things to remain static. It's not necessarily a mafia guy turning up with a gun, it's more subtle than that but if you're from around here you get the message loud and clear," he told the AFP.

Manfredi said that, based on the example of Pompeii falling into disrepair, he thought it was safe to assume a lack of governmental support.

"If a government allows Pompeii to fall then what hope does my museum have? There's an enormous problem with culture in Italy," Manfredi told the AFP

Manfredi's request is not likely to be granted. On Monday, a Chancellery spokeswoman told Der Spiegel that they would not be commenting on Manfredi's letter as they viewed it more as a public protest than as a genuine asylum request meriting further consideration.