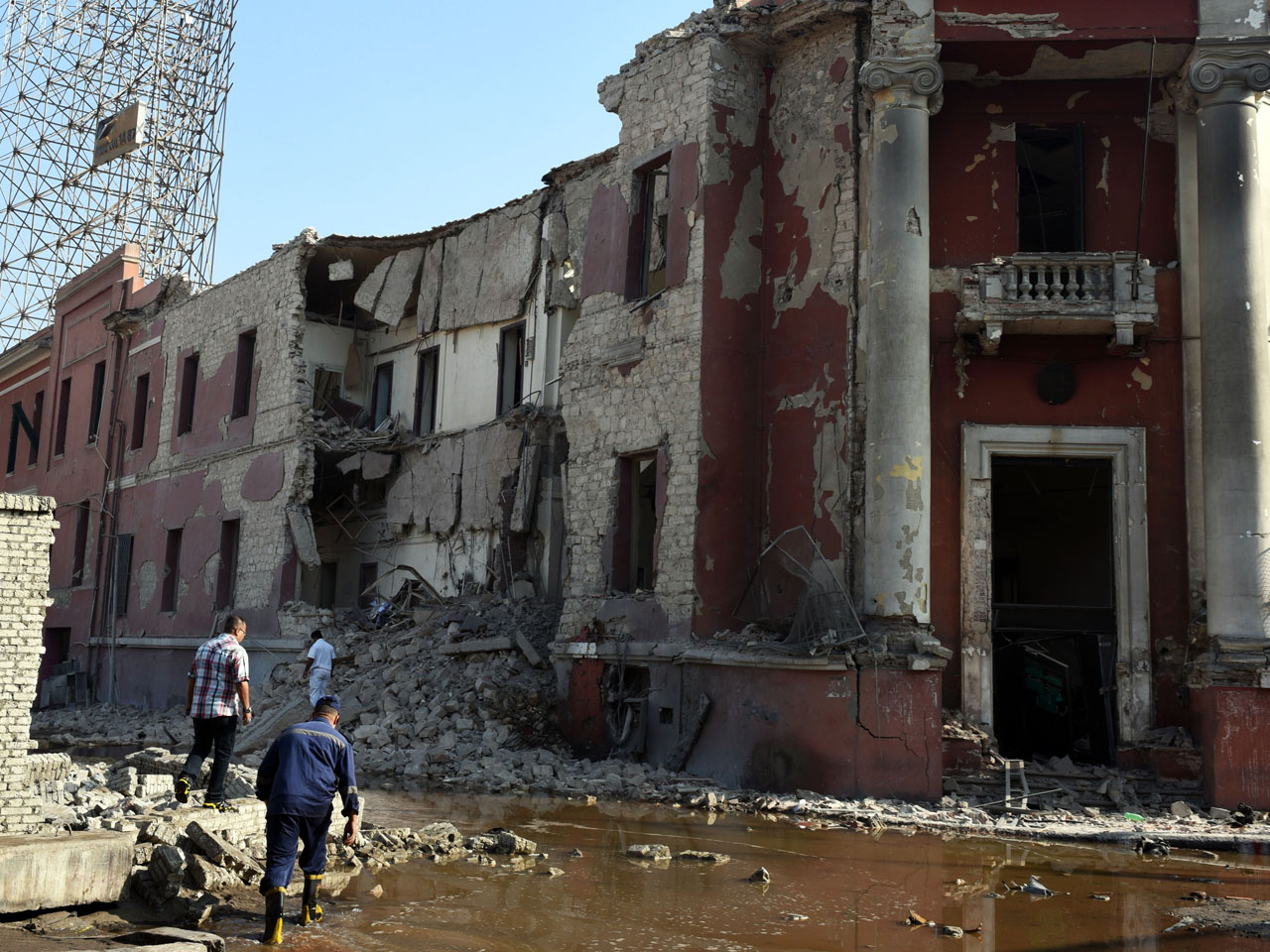 CAIRO - A car bomb ripped into the Italian Consulate in Cairo early Saturday, destroying a section of the historic building in a powerful blast that killed one Egyptian and marked the most significant attack yet on foreign interests as militants target the country's security forces.

A group calling itself The Islamic State in Egypt claimed responsibility for the bombing in a message circulated on social media. The authenticity of the claim could not be immediately verified. Previous claims linked to Islamic State attacks in Egypt had been signed as the group's Sinai Province. It wasn't immediately clear what, if anything, the new name signified.

Egypt faces threats from multiple insurgent factions, including the Islamic State affiliate in the restive Sinai that the military says killed at least 17 soldiers in a recent assault there. Security officials from several branches of Egypt's security forces previously told The Associated Press that that attack killed dozens more.

The bombing struck at around 6:30 a.m., exploding in a side street in downtown Cairo near the building's back entrance and a busy highway overpass. Italian authorities said the consulate was closed at the time and none of its workers were wounded.

The blast killed a passer-by and wounded eight, one of whom is still in the hospital, the Interior Ministry said in a statement. Egyptian Heath Ministry official Hossam Abdel-Ghaffar told the AP that the man killed had some of his limbs blown off.

Italian Premier Matteo Renzi spoke with Egyptian President Abdel Fattah el-Sissi after the attack, saying in a statement: "We will not leave Egypt alone: Italy and Egypt are and will always be together in the fight against terrorism."

An Egyptian security official said investigators were reviewing closed-circuit video recordings from the area, noting that one vehicle that disintegrated in the explosion had license plates from the canal city of Suez.

The blast heavily damaged the distinctive early 20th century building that once housed a school and became the Italian Consulate after World War II. Charred car parts littered the street, which flooded in some areas from rupture water pipes. Several floors of the consulate were destroyed on one side, leaving a gaping hole.

The purported Islamic State claim said the group had used 990 pounds of explosives in the attack. It warned Muslims to stay away from such "security nests" that were "lawful targets" for attacks.

The bombing marked the first large-scale attack on a foreign diplomatic installation since President Abdel Fattah el-Sissi took office a year ago, following his 2013 ouster as army chief of Islamist President Mohammed Morsi. Since then, attacks on security personnel and officials have intensified, most recently one that killed the country's chief prosecutor near his home in Cairo.

Some bombs went off near branches of foreign businesses ahead of an international investment conference in March. A few months prior, the British and Canadian embassies closed after senior Egyptian security officials said suspected militants revealed plans to target the embassies, abduct foreign nationals and assassinate public figures.

Egyptian authorities have blamed many attacks on Morsi's Muslim Brotherhood group, which denies using violence and condemned Saturday's bombing. The Brotherhood's ranks have grown divided recently over whether to violently confront the government in response to a nearly 2-year-old heavy crackdown that has killed hundreds and imprisoned thousands of its members.

The consulate sits on one of the busiest intersections in downtown Cairo, along a major artery that connects Ramsis Square to the heart of the capital. The surrounding area includes a large hospital, a major police station surrounded by blast walls, a central ambulance dispatching station and the state-owned flagship newspaper Al-Ahram.

Meanwhile Saturday, a mortar shell fired by Sinai militants at an army position hit a car instead, killing one civilian and wounding three near the border town of Rafah, security officials said. All Egyptian officials spoke on condition of anonymity as they weren't authorized to brief reporters.