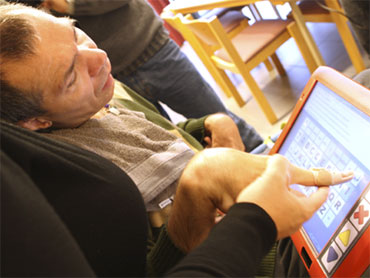 For 23 years, doctors believed a man in Belgium was in a vegetative state, barely able to move or think after a car crash.

Then, doctors studying patients who appeared to be completely unresponsive made a stunning discovery: Rom Houben was in fact awake.

"We put him in the PET scanner, the MRFI," Dr. Laureys told CBS News correspondent Elizabeth Palmer, "and then we saw his brain was functioning normally, so he was not vegetative."

For more than two decades, Houben had apparently heard and understood everything going on around him.

Now, the challenge was to let him communicate.

A caretaker was trained to interpret the tiny movements Houben makes at the keyboard to spell out sentences.

In an interview with the German magazine Der Speigel and reported on by the U.K.'s Daily Mail, Houben wrote that "I screamed, but there was nothing to hear."

For Houben, now 46, it was a liberation.

"I shall never forget the day when they discovered what was really wrong with me - it was my second birth," he wrote.

"All that time I just literally dreamed of a better life. Frustration is too small a word to describe what I felt. . . . I want to read, talk with my friends via the computer, and enjoy my life now that people know I am not dead."

A leading bioethicist, however, expressed skepticism that the man was truly communicating on his own.

Arthur Caplan, a bioethics professor at the University of Pennsylvania, told the Associated Press he is skeptical of Houben's ability to communicate after seeing video of his hand being moved along the keyboard.

"That's called 'facilitated communication,"' Caplan said. "That is ouija board stuff. It's been discredited time and time again. When people look at it, it's usually the person doing the pointing who's doing the messages, not the person they claim they are helping."

Caplan also said the statements Houben allegedly made with the computer seem unnatural for someone with such a profound injury and an inability to communicate for decades.

Asked how he felt when his consciousness was discovered, Houben responded through the aide that: "I especially felt relief. Finally be able to show that I was indeed there."

Rom's mother Fima, proud to show photos of him before the accident, never stopped believing he was conscious.

It was a mother's diagnosis that turned out to be right, even though this patient had to wait more than two decades for medical science to agree.

Dr. Laurey's discovery took place three years ago but recently came to light on the publication of a study on the misdiagnosis of people with consciousness disorders. 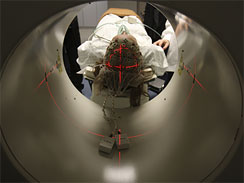 (AP Photo/Yves Logghe)
Houben's case is exceptional because his brain function was so intact, but Dr. Laurey's study has shown that 40 percent of the vegetative patients he looked at had been misdiagnosed.

(Left: A patient is examined during a scan at the University Hospital in Liege, Belgium, Nov. 24, 2009.)

CBS News medical correspondent Dr. Jennifer Ashton said there are a few reasons why patients believed to be in a persistent vegetative state are misdiagnosed: 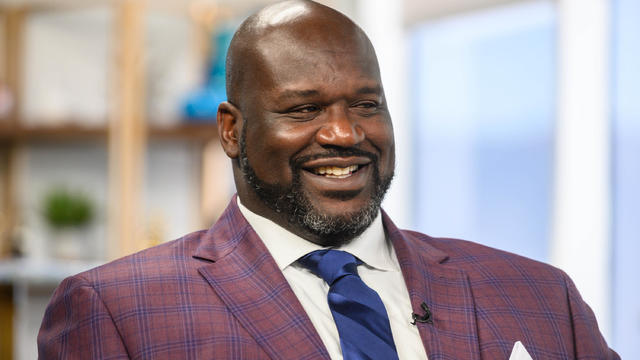