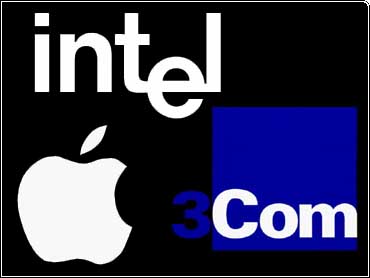 Companies appear ready to rein in hiring plans and are being cautious in the uncertain economy, according to the study released Monday by the Information Technology Association of America.

"The downsizing in the U.S. economy has undoubtedly affected the demand for IT workers this year," said Association president Harris N. Miller.

"Skilled technology workers - still a highly desirable commodity to IT and non-IT companies - are facing more cautious hiring practices than the 'irrational exuberance' that some say described 2000," he added.

While demand has diminished, some need for new talent still exists. Of the 900,000 new workers companies expect to hire, 425,000 IT slots will go unfilled because of a lack of qualified applicants, the study said.

"Our 2001 numbers suggest that hiring has by no means halted for IT workers," Miller said. "Rather, demand still far exceeds supply in this market."

The Association estimates that about 10.4 million people work in IT-related jobs.

Technical support workers remain most in demand, and those jobs are expected to be a fourth of all new positions created in the next year. Last year, however, hiring managers cited a need for three times as many such workers.

Companies even are scaling back on Web development - with demand expected to drop 25 percent during the year, the study found.

The survey results were based on phone interviews with hiring managers at 685 companies 191 companies that produce computer and communications products and services, and 494 that use them. The random sample did not include companies with fewer than 50 employees or government and nonprofit organizations.

The study - which has a three-percent margin of error - was funded in part by such companies and groups as Microsoft, Intel, Cisco Systems, ITT Educational Services, and Knowledge Workers.