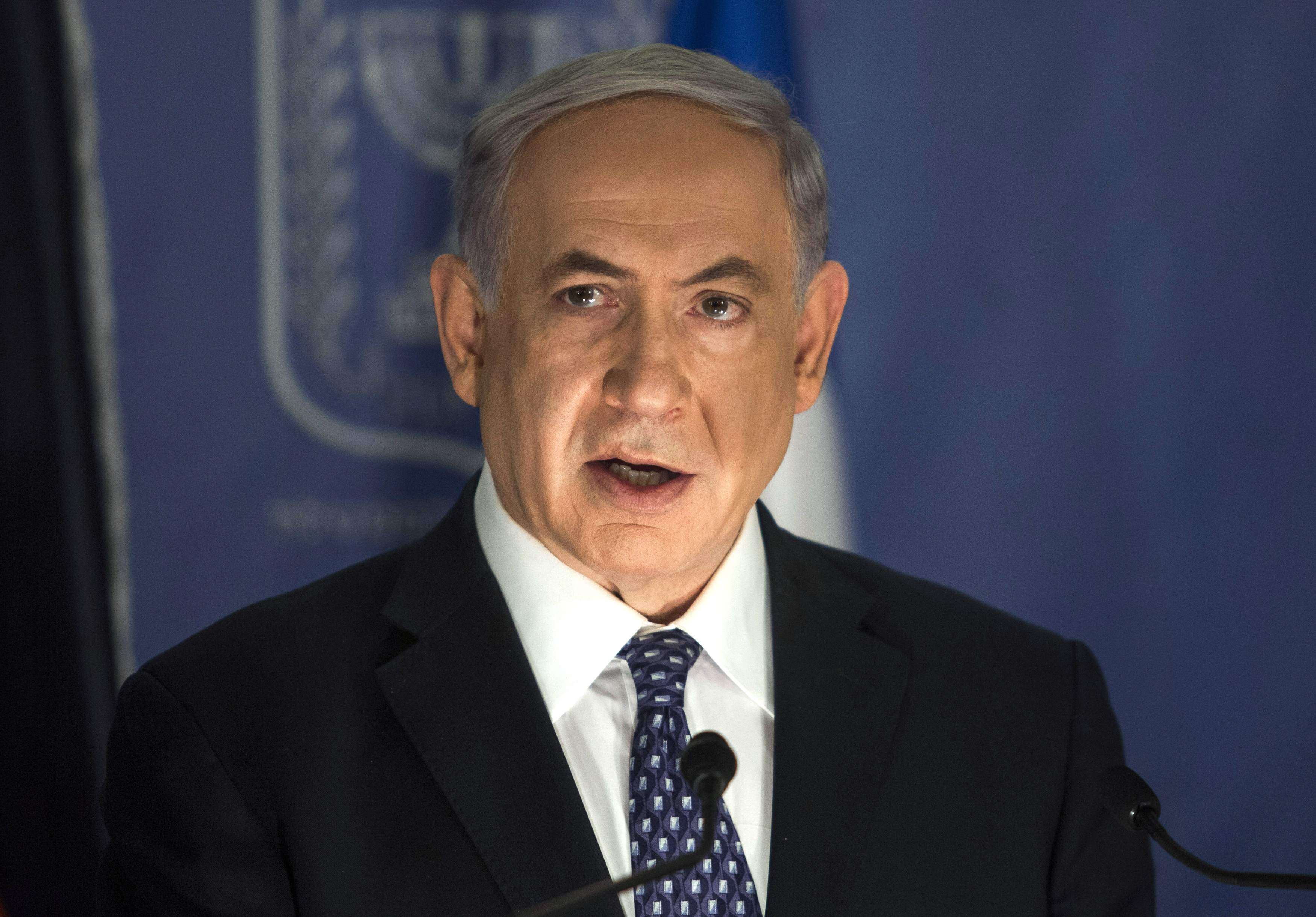 GAZA CITY, Gaza Strip -- Israeli Prime Minister Benjamin Netanyahu said Monday that Israel must be ready for a "prolonged" military operation in the Gaza Strip and will "act aggressively and responsibly" until the mission is completed.

Israel launched the operation against Gaza's Hamas rulers three weeks ago, initially from the air and then on the ground. Israel has said it wants to decimate Hamas' ability to fire rockets at Israel and to destroy a network of Hamas military tunnels under the Gaza-Israel border.

However, Netanyahu indicated in a televised speech Monday that he is widening the objectives, saying that a demilitarization of Gaza must be part of any future solution for the territory of 1.7 million people.

"There is no war more just than this," Netanyahu said.

More than 1,000 Palestinians have been killed over the past three weeks, Palestinian health official say. According to the United Nations, about three-fourth of them were civilians. Israel has lost 43 soldiers and two civilians, as well as a Thai worker.

Netanyahu said Israel will "not end the operation without neutralizing the tunnels whose only purpose is" to kill civilians.

"We need to be ready for a prolonged campaign," he said. "We will continue to act aggressively and responsibly until the mission is completed to protect our citizens, soldiers and children."

In an interview on CBS' "Face the Nation" Sunday, Netanyahu said the offensive has uncovered "this vast underground terror kingdom, these vast tunnels in which they pulled in tens of thousands of tons of concrete." He said the concrete used in the tunnels was meant to help rebuild the city, but was appropriated for the tunnels "that are meant to come in under our communities and blow up our kids and kidnap our people."

"His threats do not scare Hamas or the Palestinian people and the occupation will pay the price for the massacres against civilians and children," he said.

Hamas leader Khaled Meshaal told "CBS This Morning" co-host Charlie Rose that he's not ready to recognize Israel as a Jewish state, saying that under Israeli occupation, Israel and a state of Palestine cannot coexist.

"When Israel practically commits itself to withdraw from Gaza completely and the West Bank without any settlements, and if we have Jerusalem as our capital and the return of the refugees is there, then we will reach peace," Meshaal said through a translator in an exclusive interview with Charlie Rose, which will appear in full on PBS.

Earlier Monday, the army announced that Gaza militants had infiltrated into Israel through a tunnel and opened fire on soldiers. Israeli media said five militants were apparently killed in a firefight and that searches in the area were continuing.

In a sign that Israel's operation is expanding, the army urged residents of three more Gaza districts to evacuate their homes and head toward the center of Gaza City.

Meanwhile, a strike on a Gaza park killed 10 people, nine of them children. Israeli and Palestinian authorities traded blame over the attack as fighting in the Gaza war raged on despite a major Muslim holiday.

A truce between the sides remained elusive as diplomats sought to end the fighting at the start of the Eid al-Fitr holiday, marking the end of the Muslim holy month of Ramadan.