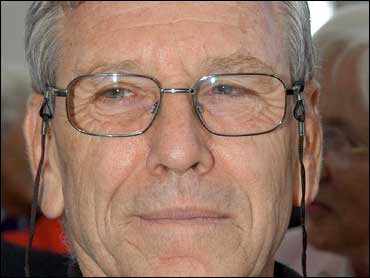 Israeli intellectual Amos Oz was awarded the annual Prince of Asturias prize for literature Wednesday in recognition of his works denouncing extremism and advocating Israeli-Palestinian peace.

The jury meeting in the northern city of Oviedo said Oz had "contributed to turning the Hebrew language into a brilliant literary instrument while revealing certain truths about the most pressing and universal realities of our times, with as much attention to defending peace between different communities as denouncing all forms of extremism."

Oz, the author of 18 novels and numerous articles and essays, is a prominent advocate of a two-state solution to the Israeli-Palestinian conflict.

"For 40 years now, I have been struggling for a historic compromise between Israel and Palestine, based on a two-state solution: Israel next door to Palestine in peace and mutual respect," Oz said upon receiving word that he had received the award.

His works — including "My Michael," "A Tale of Love and Darkness" and "How to Cure a Fanatic" — have been translated into numerous languages, and his essays have appeared in The New York Review of Books.

Oz, 68, was born in Jerusalem and has lived in the town of Arad since 1986. Much of his fiction is centered on the Jerusalem house where he grew up. Oz spent over 30 years living on a kibbutz in central Israel and later criticized the kibbutz lifestyle in his essays. He served in the Israeli Defense Forces during the Six-Day War and the Yom Kippur War.

Each year, eight Prince of Asturias prizes are awarded to Spaniards and foreigners in categories including arts, sports, humanities and science. The prize is named after Spain's crown prince, Felipe.

The awards are announced throughout the year and presented in a ceremony in the fall in Oviedo. Winners receive $67,000 and a reproduction of a statue by sculptor Joan Miro.