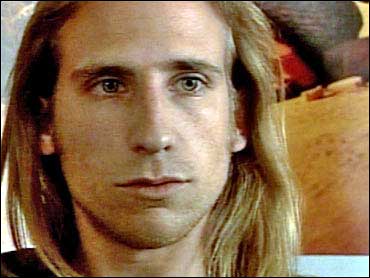 
No one can criticize Israel's occupation of the West Bank and Gaza like the soldiers sent to occupy.

A year ago, three young men, all former soldiers in the Israeli Defense Force, founded "Breaking the Silence" to do just that. It is a forum for former combat veterans – most of them in their 20's and early 30's - to talk about the way a brutal occupation made them brutes.

"It's hard for me to pinpoint the worst thing I did", says Avichai Charon. "It's not the extreme cases. It's the trivial day to day."

"What haunts me? It's the memories of 6-year-old, 7-year-old Palestinian children watching with

tears in their eyes (video)
when you're tossing their room, breaking their wall, taking their father and slamming him into the wall before arresting him."

Anyone who has watched television news pictures of the Israeli army blowing up the homes of Palestinian militants and their families, or rounding up Palestinian men and boys in blanket neighborhood sweeps has wondered whether the soldiers ever feel a stir of pity; or wrestle with their consciences.

They do. But until recently, they weren't inclined to talk about it – not when they came home on leave, and not after they were discharged.

"When I came back from my military service to a weekend leave, I never spoke about it. I never told my parents," says Charon. "I had a neighbor, a friend serving in my unit. We would play basketball when we were out together on weekend leave and we wouldn't ever speak to each other about what we'd been doing the week before."

Some didn't talk because they believed other Israelis weren't willing to listen. Some felt it would be unpatriotic, cowardly, or that they were alone in their disquiet. Others thought that although the occupation was violent, there was no other way for Israel to defend itself.

But a year ago, soldiers Avichai Sharon, Yehuda Shaul and Noam Chayut organized an exhibition of photographs and soldiers' testimonies from their military service in the West Bank city of Hebron. They acted for the sake of their own mental health and, they say, to force Israel to confront the truth about its policies.

Seven thousand Israelis went to see the exhibit in Tel Aviv. Since then, "Breaking the Silence" has attracted hundreds of new members and a lot of controversy.

The Israeli Defense Force is a conscript army. Every young Israeli has to do military service – two years for women, three years for men. Ever since the most recent Palestinian uprising in 2001 and the wave of suicide bombings that followed, soldiers posted in the West Bank and Gaza have done hard time – difficult and dangerous.

The problem, says Breaking the Silence, is that the conscripts believed they were going to fight a war; that they were soldiers of the most ethical fighting force in the world. Instead, many found themselves despised occupiers of disputed land.

"Who is the enemy?" asks Avichai Sharon. "I never saw the enemy. I saw society. I was three years fighting society in Palestinian cities."

"Ninety-eight percent of the army's energy is aimed against society. It's even said among the higher ranks, 'We will burn into the consciousness of Palestinian society that it's not worthwhile to fight the IDF.'"

It's been a costly strategy; the price well known to any army fighting a prolonged guerilla conflict. A casual brutality infected the troops, say the soldiers of Breaking the Silence. Morale was poor. Stress levels high. And they ceased to feel compassion for Palestinian civilians.

"The apathy you feel, (video)"
says Yehuda Shaul. "You just don't care. …. about anything at all. You just want to sleep, come back home, see your girlfriend."

Of course, for Jews, it has distressing associations.

During his service in the West Bank, Noam Chayut obeyed orders to keep Palestinians off certain roads – even though they linked Arab villages. Now, he is

"Controlling a road that is for Jews only – as the third generation descendent of Holocaust survivors! That is an atrocity."

Soldiers who have joined Breaking the Silence have described, for the record, simple -- and chronic -- abuses of power: