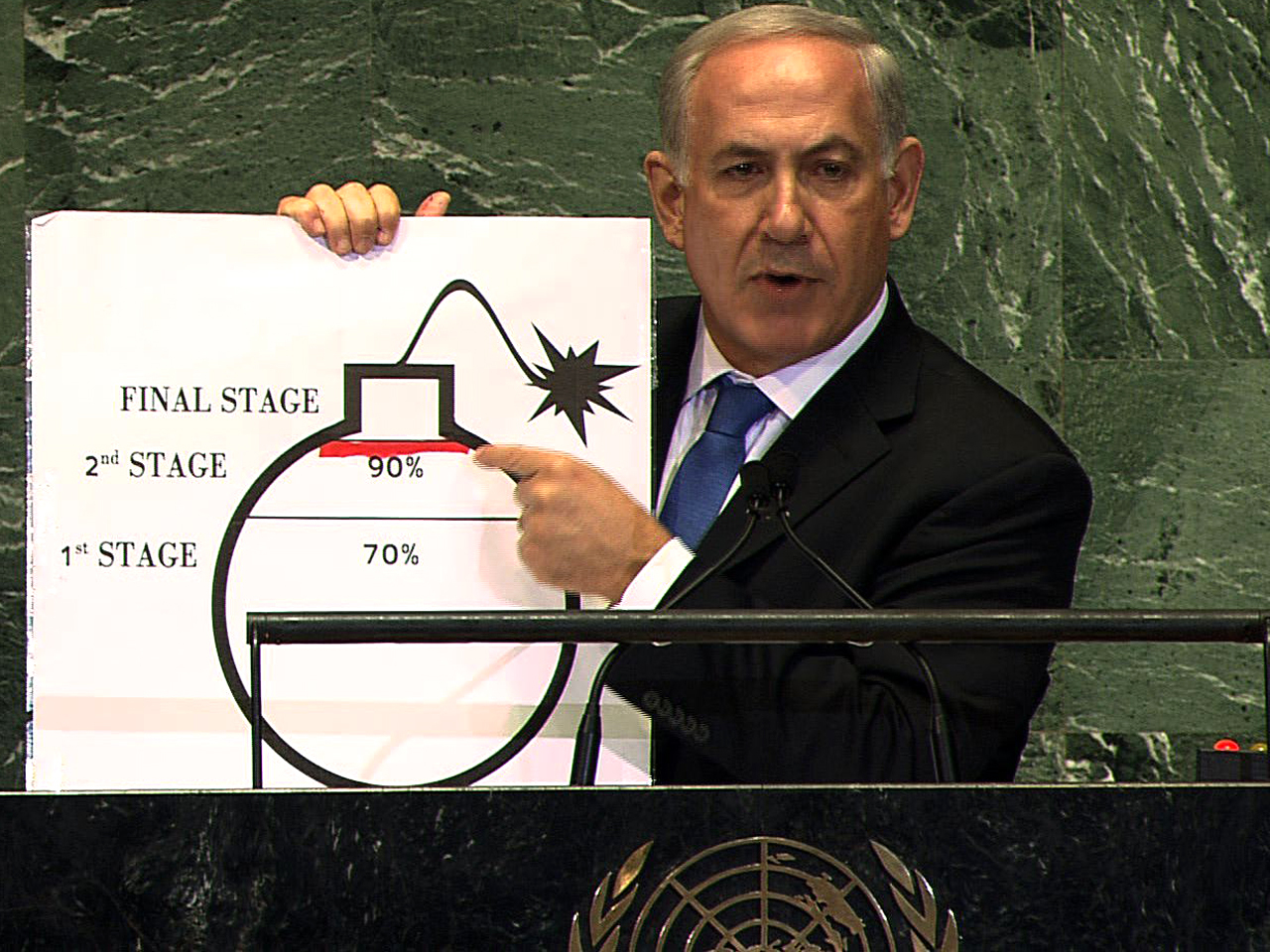 NEW YORK Israeli Prime Minister Benjamin Netanyahu said Friday that his stern warning to stop Iran from going nuclear "reverberates" around the world and could ultimately prevent the Islamic Republic from getting a nuclear bomb.

Speaking ahead of a meeting with his Canadian counterpart, Netanyahu said Iran's uranium enrichment was the "only discernible and vulnerable part of their nuclear program" and his demand before the United Nations to draw a red line on its process could force Iran to back down.

"I tried to say something yesterday that I think reverberates now around the world," he said, "and that is to translate the agreement and principle of stopping Iran from developing nuclear weapons to practice."

On Thursday, Netanyahu laid out before the U.N. General Assembly his most detailed plea for global action against Iran, saying the world had until next summer at the latest to stop Iran from getting a bomb.

That, reported CBS News correspondent David Martin, is significant because he has never put a time frame on it before.

In his speech, the Israeli leader demonstratively flashed a diagram of a cartoon-like bomb showing the progress Iran has made, pulled out a red marker and drew a line across what he said was a threshold Iran was approaching and which Israel could not tolerate — 90 percent of the way to the uranium enrichment needed to make an atomic bomb.

Israel considers a nuclear-armed Iran to be an existential threat, citing Iranian denials of the Holocaust, its calls for Israel's destruction, its development of missiles capable of striking the Jewish state and its support for hostile Arab militant groups.

Netanyahu has repeatedly argued that time is running out to stop Iran from becoming a nuclear power and that the threat of force must be seriously considered. Israeli leaders have hinted they may strike Iran to prevent it from going nuclear.

President Barack Obama has vowed not to allow Iran to attain nuclear weapons and has said the U.S. would be prepared to use force as a last resort. But he has urged restraint, saying there is more time to diplomacy. His administration has urgently sought to hold off Israeli military action, which would likely result in the U.S. being pulled into the conflict.

Netanyahu's persistent demands for red lines have put the two leaders at odds. Netanyahu tried to smooth over the differences in his U.N. address, making a point to thank Obama for his firm stance. The reconciliation continued Friday with a phone call between them.

"The two leaders underscored that they are in full agreement on the shared goal of preventing Iran from obtaining a nuclear weapon," the White House said in a statement.

Netanyahu's lone scheduled meeting Friday was with Canadian Prime Minister Stephen Harper — a close ally who recently expelled the Iranian ambassador from his country. Netanyahu praised Harper as a "real statesman" and thanked him for standing by Israel.

"I think that what you did, severing ties with Iran, was not only an act of statesmanship, but an act of moral clarity," he said.