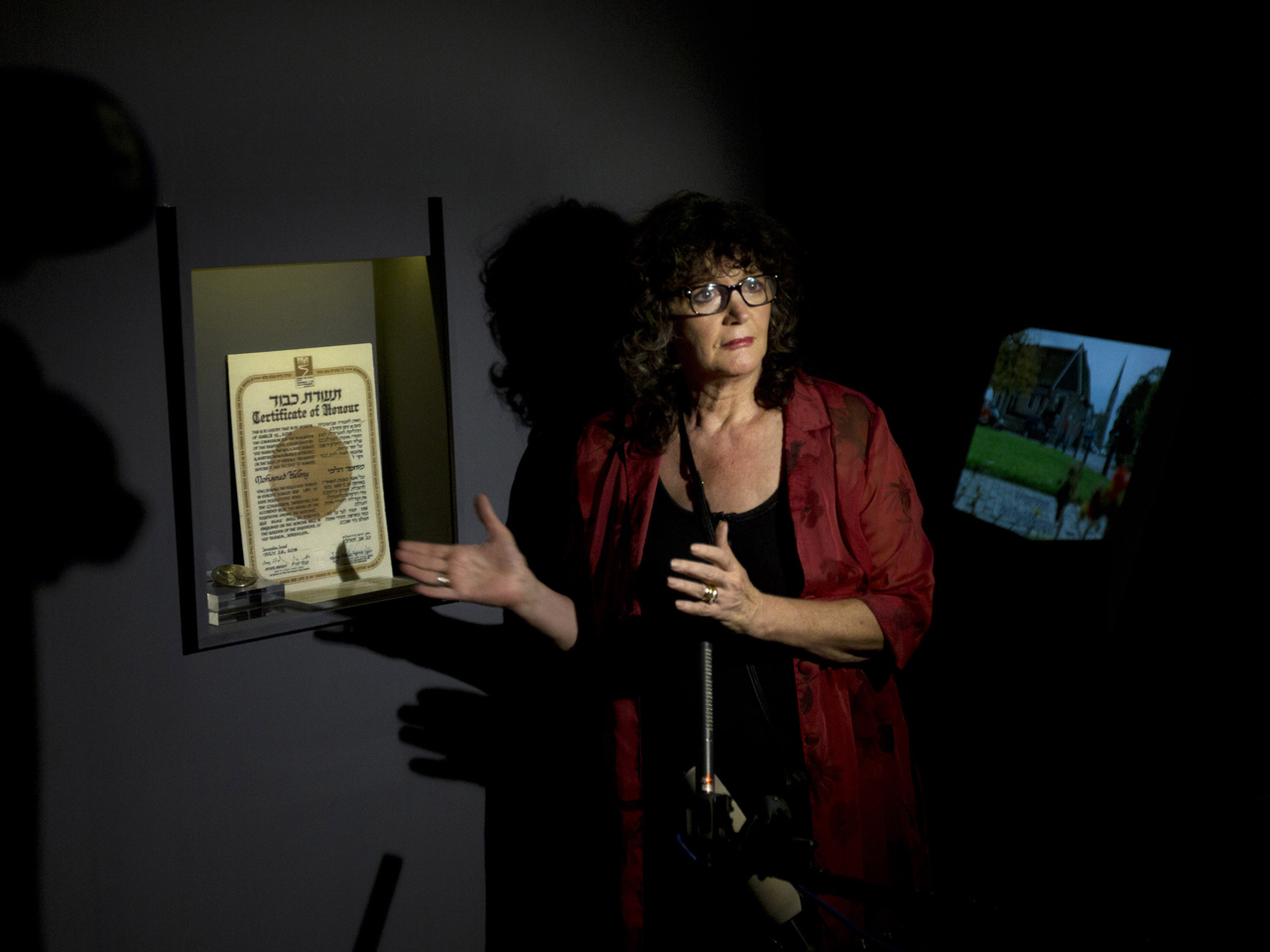 JERUSALEMIsrael's Holocaust memorial on Monday posthumously honored an Egyptian doctor who risked his life to rescue Jews during World War II, the first Arab to receive the prestigious recognition of "Righteous Among the Nations."

The Yad Vashem memorial learned of Mohamed Helmy about a year ago when a German researcher discovered letters in Berlin's city archives written by Jews shortly after the war praising the doctor for saving them during the Holocaust, museum chairman Avner Shalev said.

Yad Vashem did more research and pieced together his story. It found that Helmy, who moved to Berlin in 1922 to study medicine, hid a young Jewish woman in his cabin, arranged a hiding spot for her grandmother and provided medical care to her relatives during the war.

He was assisted by a German acquaintance, Frieda Szturmann, who was also recognized posthumously with the honor.

"Despite the differences in religion and culture, this man fulfilled human values of the highest order," said Shalev. "He knew he was in danger."

The Israeli Holocaust memorial awards its "Righteous Among the Nations" honor to non-Jews who risked great danger to save Jews during the Holocaust. A special committee vets each nomination, and more than 24,000 people from nearly 50 countries have been honored.

Shalev said a few dozen Muslims have been recognized, but no Arabs had previously received the honor because Nazi Germany occupied North Africa only briefly and locals helping Jews faced little physical threat during that time.

The Holocaust is a taboo subject in the Arab and Muslim world. Holocaust denial is prevalent, linked to a belief that recognizing the Jewish genocide could add legitimacy to Israel's existence, Yad Vashem's website argues. The memorial has sought to reach out to Arabs and Muslims, launching an Arabic-language website among other initiatives.

Yad Vashem is searching for living relatives of Helmy to present the award, and said it has sent queries to the Egyptian Embassy in Israel and the Berlin mayor's office to help with the search.

Martina Voigt, a German historian who has conducted research on Helmy, said that Helmy married his fiance, Emmi Ernst, after the war and they lived in Berlin until his death. His wife died in 1998 in Berlin. They did not have any children, complicating the search for relatives.

Helmy, who was born in Khartoum in what is now Sudan, opened a private practice when Germany forbade him from working in the public health system because he was not considered Aryan, Yad Vashem said.

When the Nazis began deporting Jews from Berlin, he hid 21-year-old Anna Boros, a family friend, in his Berlin cabin, and provided her relatives with medical care. After Boros' relatives admitted to Nazi interrogators that he was hiding her, he arranged for her to hide at his acquaintance Szturmann's house before authorities could inspect the cabin, according to Yad Vashem.

The four family members survived the war and immigrated to the U.S. Helmy died in 1982.

"The rescued persons were people he had treated as a doctor. He knew them," said Irena Steinfeldt, director of Yad Vashem's "Righteous Among the Nations" department. "They were part of his universe of moral obligations and therefore he set out, despite the danger, and did it. I think it's remarkable, it's inspiring."