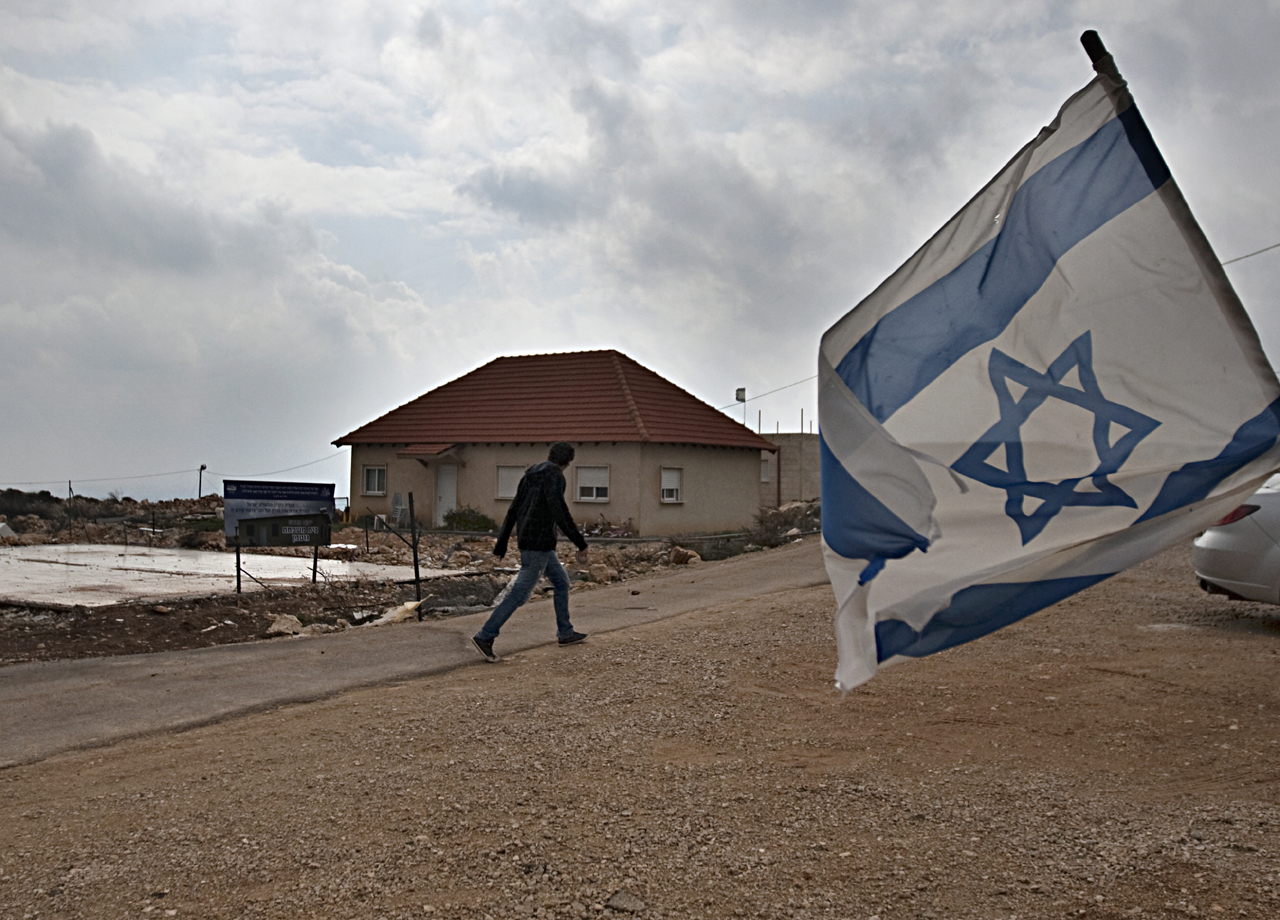 JERUSALEM — Prime Minister Benjamin Netanyahu's government has made two overtures to West Bank settlers in the run-up to his party's leadership race on Tuesday: It's offering financial incentives to encourage people to move to settlements and opening the door to legalizing rogue settler outposts.

The gestures appear to be aimed at appeasing hardline elements in the ruling Likud Party who are sympathetic to settlers. While Netanyahu is expected to win the leadership race, a relatively strong showing by his ultranationalist rival would suggest many Likud voters consider the prime minister too soft on peacemaking with the Palestinians.

The moves threatened to derail tentative new peace efforts with the Palestinians. A round of low-level peace negotiations ground to a halt last week, in large part because of Palestinian objections to Israeli settlement construction. U.N. chief Ban Ki-moon is expected in the region Wednesday in an effort to restart the talks.

"They are adding obstacles at a time when everyone is intensifying efforts to try to resume peace talks," said Palestinian government spokesman Ghassan Khatib. "I think with every additional settlement activity, the feasibility of having two states is diminished."

Years ago, the Israeli government halted generous financial enticements designed to encourage Israelis to settle in the West Bank, the occupied territory the Palestinians see as the core of their future state.

But in this week's government decision, 70 settlements appeared on a new list of 557 communities inside Israel and the West Bank that qualify for housing subsidies. The incentives, according to a statement from the prime minister's office, are "meant to encourage positive migration to these communities."

After suspending benefits unique to the settlements, the government is now encouraging settlers to move to the West Bank under a different program, said Hagit Ofran of the anti-settlement group Peace Now.

"They put in 70 settlements, in effect encouraging them to live there," Ofran said.

The list of qualifying settlements include major enclaves that would likely remain in Israeli hands under a peace deal. But most are located deep inside the West Bank and likely would have to be dismantled.

In a separate move, the government on Monday appointed a committee to examine land ownership issues in the West Bank.

The panel will review a 2005 government report that found several dozen outposts were built not only without state approval, but on privately held Palestinian land. Officials said the report needs to be reviewed because its author, state prosecutor Talia Sasson, later entered politics with a dovish political party, raising questions about her objectivity.

A court-ordered evacuation of Migron, the largest unauthorized outpost, set for next month would not be affected by the formation of the new committee, officials said.

But the panel's makeup aroused suspicions it would legalize at least some of the more than 100 outposts built without government authorization, including dozens Sasson says were erected on privately held Palestinian land.

The international community opposes all Jewish settlement activity in the West Bank and east Jerusalem, areas captured by Israel in the 1967 Mideast war. But Israel distinguishes between the 121 settlements established in accordance with official procedures and the more than 100 unauthorized "outposts" that skirted the process with the help of sympathetic authorities and are considered illegal.

Peace talks with the Palestinians stalled more than three years ago, largely over continued Israeli settlement construction. With Palestinians demanding a settlement freeze, a recent round of meetings between Israeli and Palestinian envoys in Jordan has yielded no breakthroughs.

Palestinian President Mahmoud Abbas is under intense international pressure to stay at the negotiating table. A final decision is expected after Abbas consults with Arab League officials over the weekend.

The Palestine Liberation Organization — the umbrella organization for Palestinian groups, dominated by Abbas' Fatah movement — discussed the issue on Monday but stopped short of urging Abbas to halt the contacts.

Israel has said it wants to keep talking.

Also Tuesday, Israeli authorities said they have received permission to force feed a Palestinian prisoner who has been on a hunger strike for more than six weeks.

Prisons spokeswoman Sivan Weizman said 33-year-old Khader Adnan would not be force fed until "medical conditions" warranted it, but provided no further details.

Adnan, a leading member of the Islamic Jihad militant group, says he was kicked, punched and painfully shackled by his interrogators, according to his lawyers. His lawyers say he also wants to be put on trial and not held for months in administrative detention without charges.