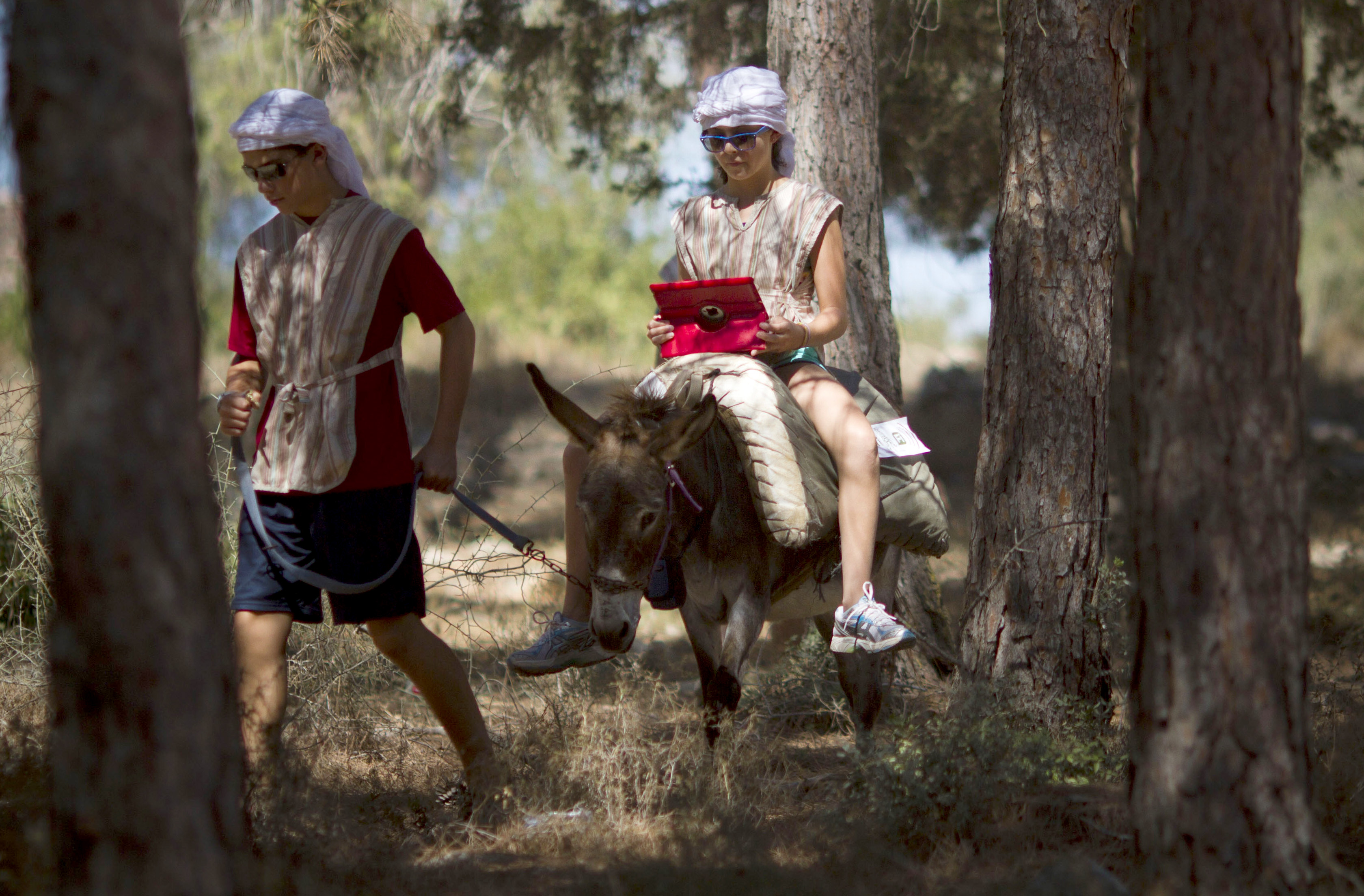 An Israeli attraction meant to immerse tourists in an authentic, ancient biblical experience has outfitted its donkeys with wireless routers.

At the historical park of Kfar Kedem in northern Israel, visitors decked out in biblical robes and headdresses ride donkeys through the rolling hills of the Galilee, learning how people lived in Old Testament times.

Now they can also surf the web while touring the land of the Bible on one of the oldest forms of transportation. A device slung around the donkey's neck like a feedbag is actually a Wi-Fi router.

The park's manager, Menachem Goldberg, said Wednesday he hopes the melding of old and new will connect the younger generation to ancient Galilee life while allowing them to share, tweet and snap the experience instantly to friends. He played down the notion that 21st-century tourists have grown addicted to being online at all times.

"You take some pictures, you want to change your picture on Facebook — you can do it," Goldberg said.

Visitor Peter Scherr accessed the Internet while touring the Galilee hills to do some donkey fact-finding with his family.

"It has been used as a working animal for 5,000 years," said the New York native, reading from a Wikipedia page on his iPad. "There are more than 40 million donkeys in the world . That's a lot of donkeys!"

Scherr visited the park with his wife and children, all dressed in traditional garb. The family could easily have been mistaken for shepherds from a bygone age — were it not for their Camelbacks, iPads and smartphones.

The wireless donkey tour has been running for less than a week, but it is already a hit with visitors.

"I don't miss any news," Scherr said. "I send pictures back to my family while I'm having fun on the donkeys."