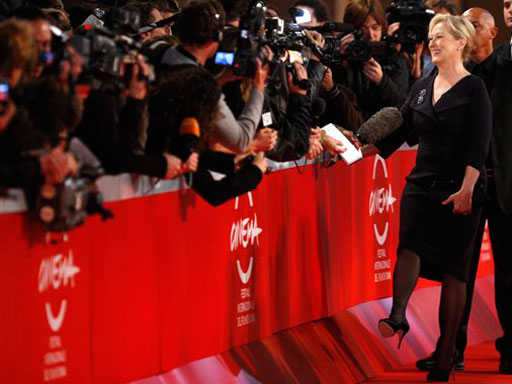 Israel is calling on the U.S. to apply the same standard to the Palestinians as it does to Iraq, as it prepares for a possible U.S. invasion of Iraq.

"What applies in Iraq, that a brutal, terroristic dictatorship should be removed and democratization should be introduced, what applies there should apply in the Palestinian dictatorship as well," said Foreign Minister Benjamin Netanyahu.

Meanwhile, the entire Israeli public has received gas masks from the government, should Saddam Hussein launch a counterstrike at Israel in response to a U.S. attack on Iraq, reports CBS News Correspondent Robert Berger.

But what about the Palestinians?

The Israeli supreme court has rejected a petition by human rights activists, who demanded that Israel supply gas masks to the Palestinians.

"Israeli tanks sit in every Palestinian town, city, village, and they're all under Israeli control, and therefore Israel has responsibilities," said Shabtai Gold, a member of Doctors For Human Rights.

Israeli tanks and soldiers battled Palestinian militants in the streets of Gaza City before dawn Wednesday in violence that left 11 Palestinians dead, including a suicide bomber who tried to blow up a tank, Palestinians said.

The Israeli forces said they were targeting Palestinian metal workshops that manufacture mortars and rockets. However, Israeli troops also destroyed several homes and damaged a school.

Twenty-five Palestinians were wounded, and electricity was cut to much of Gaza City, the largest Palestinian city with some 300,000 residents.

Hamas' spiritual leader, Sheik Ahmed Yassin, said "the Israeli enemy has lost its mind. They are like an angry bull … We have to make (Israel) pay the price sooner or later, and our people are capable of resisting."

Hours after the Israeli withdrawal, Palestinian militants in northern Gaza fired three rockets at the nearby Israeli town of Sderot. A 35-year-old Israeli man suffered serious head injuries, the army said. No group claimed responsibility, though Hamas has frequently carried out rocket attacks in the area.

Israel says many Palestinian metal workshops in Gaza produce the mortars and rockets that Hamas fires at Jewish settlements and Israeli villages just beyond the border fence. Palestinians say most of the workshops destroyed by Israeli forces are ordinary businesses that aren't involved in the conflict.

In the more than two years of Mideast fighting, Israel has largely refrained from large-scale military incursions in Gaza. The crowded towns make it difficult and dangerous for Israeli troops to operate. In addition, the territory is fenced off from Israel, which keeps the militants pinned in, and has largely limited their attacks to Israeli troops and Jewish settlers already inside Gaza.

However, Israeli leaders promised a crackdown on Hamas after the group blew up an Israeli tank on Saturday, killing four soldiers. The raid was the second in Gaza City since that attack, and the third in the past month.

The Israeli media have predicted the army will carry out a series of operations aimed at Hamas, though it is not expected to reoccupy the coastal territory, where more than 1 million Palestinians and about 7,000 Jewish settlers live.

In London, Palestinian officials asked for massive aid to revive their economy devastated from 29 months of Mideast violence.

Palestinian officials meeting with donor states said they need $1.5 billion through April 2004 to put their economy back on its feet, Palestinian Planning Minister Nabil Shaath told The Associated Press from London.

European donors have been reluctant to allocate more money to the Palestinian Authority, saying it has been difficult to trace where the money went amid widespread charges of corruption. Israel charges that some of the money finances terrorism. The Palestinians deny that.

Participants in the London meeting also tied their economic assistance to the Palestinians to political reforms in Arafat's Palestinian Authority and welcomed his plans to create the post of prime minister.

The United States, European Union, Russia and United Nations, known as the "Quartet," are pressing Arafat to issue a decree formally transferring specific powers to the new post of prime minister, said a Western diplomat.