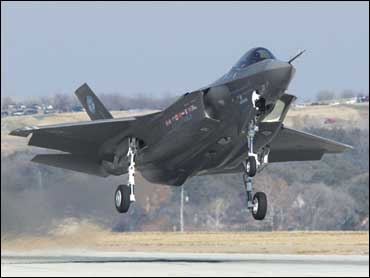 Israel's defense minister has given the go-ahead to a $4 billion purchase of advanced American F-35I fighter jets.

Ehud Barak's office says Barak approved the purchase of the stealth fighters along with spare parts and services. Military officials said Israel would purchase around 20 of the Lockheed Martin Corp. jets. The F-35I is also known as the Joint Strike Fighter.

The officials spoke on condition of anonymity because details of the deal were not made public.

Israel's government is expected to approve the deal soon. The purchase will be funded by U.S. military aid to Israel.

In a statement Sunday, Barak said the plane will allow Israel to maintain its "aerial supremacy."