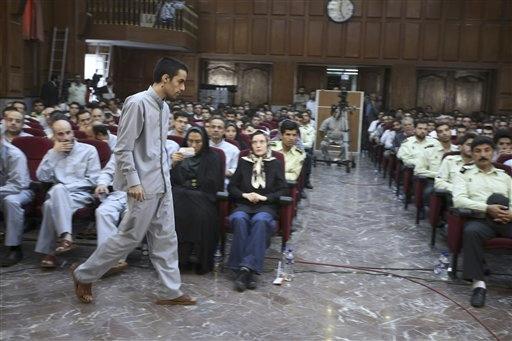 Israel's defense minister, undaunted by growing resistance within the ruling party to a planned pullout from the Gaza Strip, said Tuesday that the army's blueprint for the withdrawal will be ready next month.

Gaza settlers charged that the government is already preparing to throw them out of their homes.

Also Tuesday, Israel's attorney general urged the government to consider adopting an international convention governing the treatment of residents of occupied lands. This showed increased Israeli sensitivity to international criticism, particularly in the aftermath of a world court ruling against its contentious West Bank separation barrier.

The barrier and the Gaza withdrawal are hallmarks of Prime Minister Ariel Sharon's "disengagement" plan, which he says is meant to reduce friction between Israel and the Palestinians.

"The secretary-general calls on the government of Israel to cease this settlement expansion and to fulfill its road map obligations," U.N. associate spokesman Stephane Dujarric said.

The tough statement from Annan followed last week's Israeli announcement of plans to build hundreds of new housing units in the West Bank which drew immediate protests from the Palestinians.

Sharon hopes to carry out the Gaza pullout next year, but it has sparked an internal uprising by hard-liners within his Likud Party.

The resistance has raised questions over whether Sharon can carry out the withdrawal without his government collapsing. Hard-line opposition has already cost Sharon his parliamentary majority, leaving him somewhat vulnerable to no-confidence votes.

Sharon insists he is going ahead, and Defense Minister Shaul Mofaz, speaking after a visit to an army base in northern Israel, said Tuesday that preparations by the country's military establishment for the pullout are progressing.

"The main points of the policy have already been decided," he said. "We plan to complete our plans in September.

Under Sharon's plan, Israel will uproot all 21 settlements in Gaza as well as four isolated enclaves in the West Bank. About 8,000 Jewish settlers live in Gaza among 1.3 million Palestinians.

Mofaz said that the military's preparations include the possibility of resistance from the settlers. "I hope we will not see extreme steps against Israeli soldiers and Israeli police," he said.

Mofaz Monday said the evacuations would be enforced by the Border Police, but Internal Security Minister Tzahi Hanegbi has protested.

"The police and Border Police are incapable of dealing with the evacuation," Hanegbi told Army Radio Tuesday.

The police, he said, will be tied up with enforcing security in other parts of the country during the evacuations. He said protests are likely.

Settler representatives have harshly criticized the pullout plan. Eran Sternberg, a spokesman for the Gaza settlers, accused the army of sending in soldiers to the Neve Dekalim settlement on Tuesday to prepare for the pullout.

"The soldiers wandered around the homes and recorded different facts," Sternberg said, claiming they even counted the numbers of flower pots in individual homes.

The army said the soldiers were conducting a routine exercise unrelated to the withdrawal.

Attorney General Meni Mazuz recommended that the government seriously consider adopting the Fourth Geneva Convention, a set of international legal guidelines governing the treatment of occupied peoples, a statement from his office said.

The recommendation comes in the wake of a scathing ruling last month by the International Court of Justice, which called the barrier a violation of international law and urged Israel to tear it down. Mazuz has ordered his advisers to assess the court decision.

Although the ruling — and a U.N. General Assembly resolution backing it — were nonbinding, the matter has raised concerns in Israeli legal and political circles.

"In terms of general public opinion, world public opinion, it does have ramifications. That's why it's so ominous," conceded a senior official, speaking on condition of anonymity.

The 1949 convention lays out the responsibilities of an occupying power in treating the local population. It is meant to protect occupied peoples from harm and guarantee them access to education, health care and other services.

It also forbids occupying powers from "transferring parts of its own civilian population into the territory it occupies" — a stipulation that could have negative implications for Israeli settlements in the West Bank and Gaza Strip.

Since capturing the two territories in the 1967 Mideast War, Israel has refused to accept the Geneva Accord. Israel says the convention doesn't apply to the West Bank because it doesn't belong to another country, and insists the dispute with the Palestinians be decided through negotiations.

The Israeli official said the country would not change this position.

Israel says it needs the barrier to prevent suicide bombers from reaching its towns and villages. Hundreds of Israelis have been killed and wounded in bombings during four years of conflict, and the Israelis say the one-quarter of the barrier already in place has stopped many suicide attacks.

Palestinians say the 425-mile barrier is an illegal seizure of their land.

Israel's Supreme Court has ordered the route modified to create less hardship on the Palestinians. Since that ruling, Israel has altered its plans to move some sections much closer to the 1967 cease-fire line.

Also Tuesday, Israeli troops raided the Askar refugee camp in the West Bank city of Nablus, rounding up hundreds of male residents and detaining them in a high school courtyard, witnesses said.

The raid in Nablus came just a day after Israeli troops withdrew from the city after more than a week as they carried out a series of searches and arrests in the city center. The army frequently operates in Nablus, the West Bank's largest city, saying it is a center of militant activity.