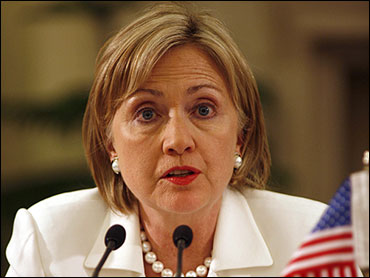 Israeli forces have sealed off all Palestinian cities in the West Bank, and no vehicles are allowed to leave. The army also closed off the town of Rafah in the southern Gaza Strip, an area known for weapons smuggling. The moves were in retaliation for Palestinian attacks that killed 13 Israelis in 24 hours.

A total of 18 people died during the 24-hour period, including the Palestinian suicide bomber and four other Palestinians shot by Israeli forces, in one of the worst days of bloodshed in recent weeks.

The wave of violence left Israelis reeling and dashed hopes for a resumption of political dialogue between the two sides.

It began on Sunday with a suicide bombing that killed nine people on a bus in northern Israel followed by a deadly shooting spree in Jerusalem, and showed no signs of let-up on Monday.

A Palestinian gunman shot at the car of a Jewish settler family driving towards the West Bank city of Ramallah before dawn, killing the parents and wounding their children, aged three years and six months, the army said.

In the aftermath of the attack, a baby's milk bottle stood on the asphalt road next to the blanket-covered bodies.

Israeli forces shot dead two Palestinian men, one of them a wanted militant, during a hunt for suspected attackers overnight in the West Bank village of Burqa.

Israeli troops on Monday arrested Mazen Foqha, a senior Hamas activist in the West Bank, on suspicion that he supplied the explosives for Sunday's bus attack. Palestinians said Fokha headed the Hamas military wing in the Jenin district.

"We are in a situation of total closure in the northern West Bank. No one goes in or out," Israeli Defense Minister Binyamin Ben-Eliezer told Israel radio.

"We will continue with a long series of measures which I cannot speak of now whose aim is to implement a much wider closure than we are doing now," he said.

The new measures appeared aimed at mollifying an Israeli public increasingly nervous about the army's failure to halt Palestinian violence even though troops have reoccupied seven of the eight Palestinian cities in the West Bank.

Ben-Eliezer said there was "total closure" in the northern West Bank. "Nobody enters and nobody leaves. There is no movement between the towns and villages."

Stringent restrictions on Palestinian travel have been in place since the outbreak of fighting in September 2000, with Palestinians confined to their communities for extended periods as Israeli troops try to prevent terror attacks.

Palestinians trying to get to jobs and schools often use dirt roads to evade military checkpoints. The military said blockades would be strictly enforced, with exceptions made for humanitarian cases.

In Gaza, about 25 tanks took up positions on the main north-south road, cutting off the southern town of Rafah, a flashpoint of violence, and an adjacent refugee camp from the rest of the strip.

Palestinian attacks on Israelis have killed 27 people since an Israeli airstrike on July 22 killed leading Hamas militant Salah Shehadeh and 14 Palestinians, many of them children, in Gaza.

The Palestinian attacks — which came despite Israel's occupation of seven of the eight main West Bank towns — raised questions about the army's dwindling repertoire of responses. In trying to deter attacks, the army demolished nine homes of Palestinian assailants Sunday. Ben-Eliezer said he hoped to go ahead with another intended deterrent, deporting attackers' relatives, though it is currently being challenged in court.

The defense minister defended the effectiveness of the security measures, saying about 90 percent of attacks had been prevented and nearly 140 would-be Palestinian suicide bombers had been captured, though he didn't say over what period.

"No doubt the Palestinian suffering demands an immediate international intervention because of the humanitarian catastrophe of the people," he told Reuters.

Following Sunday's attacks, Israel suspended talks due this week with Palestinians on security and easing hardships.

But Israeli Foreign Minister Shimon Peres went ahead with talks in Egypt on Monday with Egyptian President Hosni Mubarak, who was expected to press demands for a quick Israeli withdrawal from Palestinian-ruled areas.

U.N. Secretary-General Kofi Annan urged the sides to stop the attacks and retaliation, saying it fed "anger and hatred."

President Bush condemned Sunday's attacks, saying: "There are a few killers who want to stop the peace process that we have started. We must not let them."

The militant Islamic group Hamas said it sent the suicide bomber who killed nine people by detonating a bomb on a bus in northern Israel as an act of revenge for the July 22 airstrike.

The suicide bombing, at Meron Junction in northern Israel, turned the green bus into a fireball.

"There was a lot of screaming, horrible screaming inside the bus," said Avraham Freed, who owns a nearby restaurant. "I saw one person on the ground next to the bus — bodies, parts of bodies, people jumping through the windows."

The bus driver, Shmuel Ronen, escaped with light wounds — just as he did six years ago when the bus he was driving in Jerusalem was bombed.

About 4,000 people celebrated the bus bombing in Gaza City late Sunday, passing out sweets and praying near Shehadeh's destroyed house. Militants shouting over loudspeakers vowed to "avenge every drop of his blood."

"We advise (Israelis) to prepare more body bags and wait for the coming operations," a masked Hamas militant said.

Hours after the bus bombing, a shooting attack in Jerusalem's Old City left three people dead, including the assailant.

In Gaza, an armed Palestinian was shot and killed Sunday as he emerged from the Mediterranean in a wet-suit and diving equipment near the Jewish settlements of Dugit and Alei Sinai, the army said.

Israeli soldiers also fatally shot two Palestinians, including a fugitive local leader of Palestinian leader Yasser Arafat's Fatah movement, as they emerged from a house in the village of Borqa north of Nablus, relatives said. The men were killed, and four other people arrested, after troops surrounded the house and ordered them out, the relatives said.