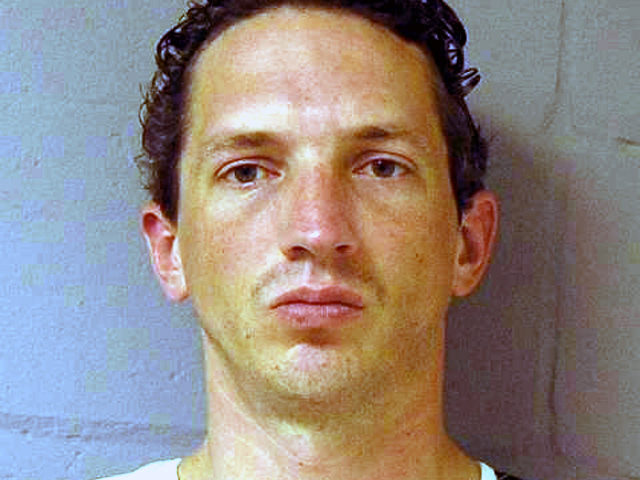 (CBS/AP) ANCHORAGE, Alaska - Alaska serial killer Israel Keyes buried three victims in the state of Washington and submerged two others in a lake there but refused to provide many more details about their whereabouts, according to interviews released Tuesday by the FBI.

The FBI posted more than six hours of videotaped interviews on the Internet that agents, Anchorage police and federal prosecutors conducted with Keyes in the months before his suicide in an Anchorage jail.

The material shows Keyes' movements across the country before his arrest in Texas on March 13, 2012. However, investigators have had leads run dry on a number of other victims and are seeking the public's help.

Keyes lived in Washington State before moving to Anchorage in 2007.

In a Nov. 29 interview, just three days before he was found dead in his jail cell from suicide, Keyes asked if investigators had found any knives at his New York property or on a boat he owned in Washington State. He said there were two knives missing from his girlfriend's home in Anchorage, and he didn't know where they were.

He was particularly concerned about a Cold Steel Tanto, 4 1/2-inch folding knife he bought in Port Angeles, Wash. When asked by Assistant U.S. Attorney Kevin Feldis why the knife was important, Keyes indicated authorities might find something if they took it apart.

"Well, there might, not on it, maybe inside somewhere," Keyes replied.

He said, "Yeah," when asked if the knife was associated with one of the Washington killings.

FBI Special Agent Jolene Goeden probed deeper, asking if a body were found at the bottom of a lake, would it still be intact.

"Were they contained in something or were they just tied to the milk jugs?" she asked.

She pressed, "I mean, is it something where we, we might possible actually still get an intact ..."

"No," Keyes repeated, cutting her off.

He later indicated the folding blade wasn't the primary means of death.

Asked if the victims were shot or strangled, Keyes replied after chuckling, "You'll get the whole story eventually."

He then relented and said the only victim shot was Bill Currier in Vermont. All others were strangled except one Washington victim, who was hit in the head and killed as Keyes tried to subdue him.

Feldis and another assistant U.S. attorney, Frank Russo, decided in the taped interview that the Washington state couple were buried in a hole and not submerged in the lake.

Keyes says, "Yeah, that was a while ago."

Keyes worked for the Makah Indian tribe in Washington State after he got out of the Army in July 2001.

"It wasn't that long that you, um, killed somebody and it was that sort of feeling that you needed ... " Feldis said.

Later, the questioning turned to the bodies in the lake, and Keyes seemingly chastised his interrogators about not figuring out one of the locations.

"You guys know about Lake Crescent in Washington, right?" he said.

Feldis asked, "And that's the lake?"

"That's one of the lakes," Keyes replied.

Keyes indicated he weighed the body or bodies down with four to five milk jugs.

"Just for one body," Feldis asked.

After his arrests in 2012, Keyes was charged with the murder of 17-year-old Samantha Koenig, an Anchorage barista who was kidnapped from the coffee stand where she worked. Her dismembered body was pulled from a lake north of Anchorage two months after she went missing.

Keyes later confessed to the 2011 murders of Bill and Lorraine Currier of Essex, Vt., and indicated to authorities there were victims in a total of 10 states.

Keyes never disclosed much information about the other crimes, trying to keep as many details as possible out of the media so his daughter wouldn't be able to find any information on the Internet or his mother wouldn't have a heart attack reading what he did.

He also was in constant negotiations with investigators, oftentimes frustrating them on not releasing information as he said he would.

Special Agent Jolene Goeden said Keyes was very careful about divulging information and was always in control of what he said in interviews, according to the FBI's website.

"His crimes were meticulously planned, and our interviews with him were the same in a way," she said. "I never got the sense that he accidentally told us something or got angry and something flew out of his mouth. My impression was that he always knew what he was going to give us."

The FBI says Keyes' suicide in jail surprised investigators working on the case. He had apparently been enjoying the "cat and mouse" game with authorities who were trying to get information from him and he looked for things in return for clues he gave.

In return for clues he gave, Keyes reportedly wanted to avoid numerous trials and a quick route to the death penalty.

"He wanted to avoid numerous trials in different jurisdictions," said Goeden. "Ultimately, he wanted the death penalty and he wanted it quickly. He didn't want to sit in jail for a long period of time."

Father arrested for allegedly leaving 5 kids in car without air conditioning
Thanks for reading CBS NEWS.
Create your free account or log in
for more features.
View CBS News In
CBS News App Open
Chrome Safari Continue
Be the first to know
Get browser notifications for breaking news, live events, and exclusive reporting.