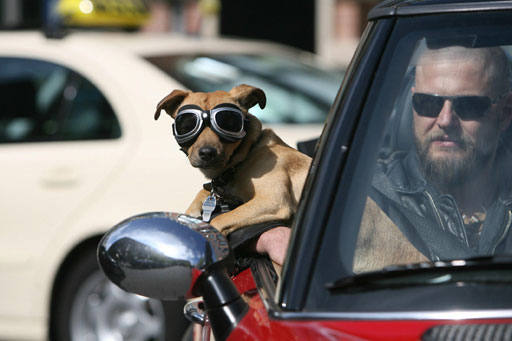 Israeli Prime Minister-elect Ariel Sharon emerged from talks with vanquished rival Ehud Barak on Sunday optimistic about the possibility chances of establishing a national unity government, as Barak affirmed that his successor would not be bound by peace proposals that he offered to the Palestinians.

But senior Palestinian negotiator Saeb Erekat said peace talks must resume where they left off. If Sharon "wants the Palestinians to come and accept the status quo, forget it," Erekat said.

Secretary of State Colin Powell said in Washington that President George W. Bush would get involved in the Middle East peace process once Sharon formed a government.

Powell, who starts a tour of Israel and Arab countries on Feb. 23, told CBS News' Face The Nation the Bush administration expected peace negotiations to take "a new course."

However, fresh violence broke out on Sunday. Violence has intensified since Sharon's crushing victory over Barak, the outgoing prime minister, in last Tuesday's election.

A roadside bomb exploded as an armoured Israeli convoy drove along a road near the Kfar Darom Jewish settlement in Gaza early on Sunday, the army said.

The attack followed gunbattles between troops and Palestinians on Friday and Saturday. Israeli troops also fired teargas at Palestinian stone-throwers during minor clashes on Sunday in the West Bank town of Hebron.

The army has reported 27 shooting and hand-grenade attacks in the West Bank and Gaza Strip, where residents of the Netzarim Jewish settlement took to shelters after a mortar bomb struck a house. Palestinian officials denied the mortar attack.

Israel has said it would not cooperate with the mission, calling the mandate biased and unacceptable, the findings predetermined.

Palestinian leader Yasser Arafat said he was keeping a close eye on Sharon's coalition talks and would give the Israeli leader, reviled by Arabs as a warmonger, a chance to prove he was serious about making peace.

"We will judge him according to policies he takes as prime minister and with whom he will form a government," Arafat said.

Arab foreign ministers ended a two-day meeting in Amman by calling on Sharon to resume peace talks at the point where Barak left off, a demand both Sharon and Barak have already rejected.

"Prime Minister-elect Sharon is currently looking into various confidence-building measures between Israel and the Palestinians in order to improve the atmosphere and proceed towards peace," he said.

Former President Bill Clinton praised Sharon in a speech to a Jewish group in Miami for offering Barak the post of defense minister and Peres the foreign ministry.

Israeli newspapers reported Barak had rejected Sharon's offer, saying he would stick to his promise to resign after his electoral defeat.

Labor Party members said they were testing whether Sharon was serious about his campaign pledge - "only Sharon can make peace" - before deciding whether to join his government.

Without Labor in his government, Sharon would be forced to align with right-wing parties that are tough on peacemaking, some of them rejecting peace talks outright.

Jerusalem Mayor Ehud Olmert, a member of Sharon's coalition negotiating team, told Army radio Labor had only a few days to decide. "This doesn't have to take weeks. If it's possible, then it's possible within days," Olmert said.

Egyptian Foreign Minister Amr Moussa said Arabs would give Sharon until an Arab summit late in March to show his intentions on peacemaking before they judge him.

"Efforts have been exerted and there has been progress here and there. We can't go back to square one with every change in the Israeli government," he told a news conference in Amman.

Barak had reportedly agreed to cede all the Gaza Strip, around 95 percent of the West Bank and most of Arab East Jerusalem.

But Barak has sent letters to President George W. Bush, Arafat, King Abdullah of Jordan and U.N. Secretary-General Kofi Annan saying Sharon was not bound by the offer as the sides had agreed at the U.S.-brokered Camp David peace summit last July, that "nothing is agreed until everything is agreed."