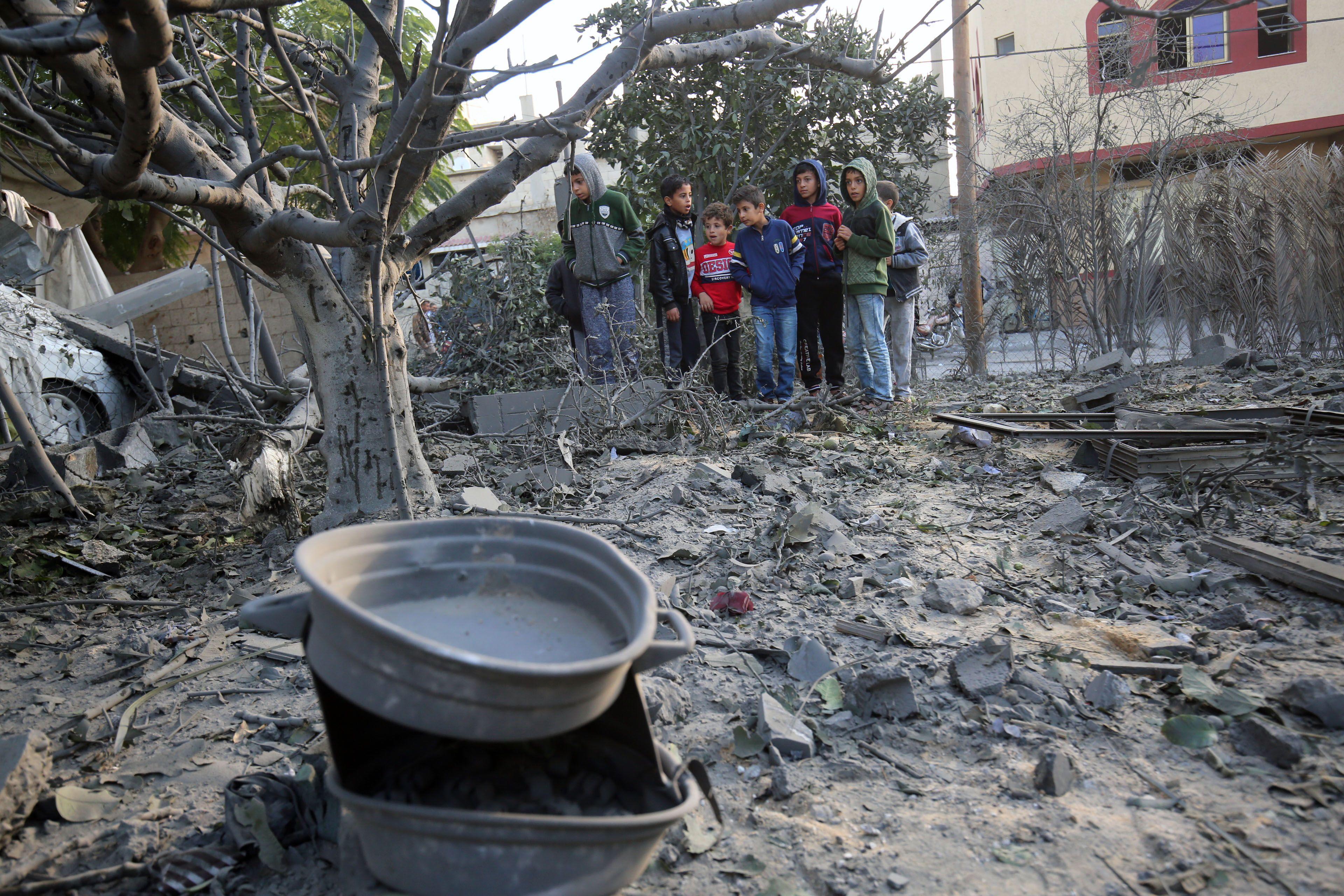 JERUSALEM -- Hamas and other Gaza militant groups said Tuesday they have accepted an Egyptian-brokered cease-fire after launching hundreds of rockets into Israel over the past 24 hours and weathering a wave of punishing Israeli airstrikes. There was no immediate word from Israel on whether it had accepted a deal to halt the heaviest exchange of fire with Gaza's Hamas rulers since a 2014 war.

The cease-fire was announced by a group of Gaza militant groups, including Hamas, whose leader Ismail Haniyeh earlier signaled a readiness to halt the latest round of fighting. He said the Islamic militant group would stop its rocket fire if Israel halts its airstrikes.

The terms of the deal appeared to be modest. Daoud Shehab, a spokesman for the Islamic Jihad militant group, said each side would promise quiet in exchange for quiet.

Just an hour before the militants made their declaration, the Israeli Security Cabinet said it had ordered the military to "continue operations as needed," following a six-hour meeting.

How this wave of violence started

The rocket fire was triggered by a botched Israeli military raid in Gaza on Sunday. Undercover troops, apparently on a reconnaissance mission, were discovered inside Gaza, setting off a battle that left seven militants, including a Hamas commander, and a senior Israeli military officer dead. Hamas then fired a guided missile that struck a bus from which soldiers had just disembarked, marking an upgrade over its typical inaccurate projectiles.

The strike set the bus on fire. A 19-year-old soldier was critically wounded and rocket attacks and Israeli retaliation fire quickly ensued.

The Israeli military said some 460 rockets and mortar rounds have been launched from Gaza since Monday afternoon, with more than 100 of them intercepted by Israel's Iron Dome defense system.

Lt. Col. Jonathan Conricus, a military spokesman, said Israeli warplanes, tanks and naval vessels were involved in strikes against military compounds, observation posts and weapons facilities belonging to the two main Gaza militant groups behind the attacks -- Hamas and the Islamic Jihad. He said the Israeli military has enhanced its deployment along the border but had yet to mobilize its reserves. He said Gaza militant groups were believed to have an arsenal in excess of 20,000 rockets and mortars of different caliber and range.

"Southern Israel is under attack," Israeli Foreign Ministry spokesman Emmanuel Nachshon said Tuesday. "In the last 24 hours more than 400 mortars and rockets were shot at Israeli cities and villages with deadly consequences. Hamas is deliberately targeting our civilian population and this is something that we cannot and will not accept. The IDF (Israel Defense Forces) will strike in a strong and deadly manner in order to make sure that the message passes across and that Hamas understands that it must stop immediately with those attacks."

On Tuesday, Gaza's Health Ministry said three Palestinians in their 20s were killed in separate airstrikes, raising the number killed since the Israeli offensive began to seven, including five militants. At least 25 people have been wounded.

Israeli medical officials said a 48-year-old man was found early Tuesday under the rubble of a building hit by a rocket in the southern city of Ashkelon. Relatives in the West Bank town of Halhoul identified the man as Mahmoud Abu Asbeh, a Palestinian laborer who had been working in Israel. He left a wife and six children behind.

"Everyone in town is sad. It's God's will and there's nothing we can do about it," said his cousin, Jihad Abu Asbeh.

Nearly 30 people have been wounded in Israel, three critically, according to medical officials.

The last Gaza war, and the lingering blockade

Earlier Tuesday, the armed wing of Hamas threatened to step up its attacks and fire rockets further north toward the Israeli cities of Ashdod and Beersheba if Israel continued its airstrikes. Over the past few months, the sides have come close to a major escalation several times, only to step back in favor of giving a chance to a long-term Egyptian mediated truce.

Israel and Hamas have fought three wars since the Islamic militant group seized control of Gaza from the internationally-backed Palestinian Authority in 2007. In the most recent war, over 2,200 Palestinians were killed, more than half of them civilians, and tens of thousands were left homeless. Seventy-three people, most of them soldiers, were killed on the Israeli side.

Israel and Egypt have maintained a blockade on Gaza since the Hamas takeover. The blockade has devastated Gaza's economy.

In recent weeks, Egyptian and U.N. mediators had appeared to make progress in brokering informal understandings aimed at quieting the situation.

Last week, Israel allowed Qatar to deliver $15 million to Gaza to allow cash-strapped Hamas to pay the salaries of thousands of government workers. At the same time, Hamas has lowered the intensity of its border protests in recent weeks.

Netanyahu cut short a visit to Paris because of the flare-up and returned to Israel on Monday for consultations with top security officials.