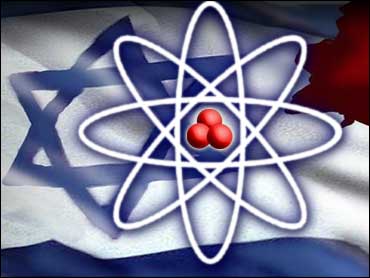 A British newspaper reported Sunday that Israeli pilots are training to possibly strike as many as three targets in Iran with low-yield nuclear weapons, aiming to halt Tehran's controversial uranium enrichment program.

Israeli officials swiftly denied the report, which comes amid growing global concerns over an Iranian project that Washington and other governments believe is secretly intended to build atomic weapons.

Israel has never confirmed it has nuclear bombs itself, although analysts widely believe the Jewish state possesses a significant stockpile and U.S. Defense Secretary Robert Gates referred to the Israeli atomic arsenal during his recent confirmation hearing.

Citing multiple unidentified Israeli military sources, The Sunday Times said plans had been drawn up in Israel for a potential attack using "bunker-buster" nuclear weapons against atomic facilities at three sites south of the Iranian capital.

The U.S. and its allies suspect Tehran of trying to produce atomic weapons there — and the issue has taken on redoubled urgency because of Iranian leaders' statements calling for the destruction of Israel as well as their recent hosting of a conference at which the Holocaust was questioned.

Though Israeli Prime Minister Ehud Olmert has not explicitly ruled out a military strike on Iran's nuclear program, he says the issue should be dealt with diplomatically — and stresses that an Iranian nuclear bomb would be a problem for the entire world, not just Israel.

Some view Israeli officials' occasional implied threats as a means of pressuring the world community to take action itself, building on the recent U.N. Security Council decision to impose some economic sanctions on Tehran for its refusal to suspend uranium enrichment.

Iran claims its nuclear program is solely for peaceful purposes, including generating electricity, and Iranian President Mahmoud Ahmadinejad has condemned the U.N. move as invalid and illegal.

It said Israeli pilots had made flights to the British colony of Gibraltar while training for the 2,000-mile round trip that would be required to reach the Iranian targets.

Israeli pilots conducted a similar raid on Iraq in 1981, destroying a nuclear facility being built by Saddam Hussein's regime.

But Iran's program may be far more difficult to cripple as it is believed to be distributed over many sites and in part deep underground.

Olmert's office and the Israeli military declined to comment on report by The Sunday Times.

But Foreign Ministry spokesman Mark Regev denied the report, saying Israel was supporting diplomatic efforts. "If diplomacy succeeds, the problem can be solved peaceably," he said.

Some analysts viewed the report as another element of a delicate diplomatic dance.

"I refuse to believe that anyone here would consider using nuclear weapons against Iran," Reuven Pedatzur, a prominent Israeli defense analyst and columnist for the newspaper Haaretz, told The Associated Press in Jerusalem. "It is possible that this was a leak done on purpose, as deterrence, to say: 'Someone better hold us back, before we do something crazy."'

Ephraim Kam, a former senior Israeli intelligence official who is now at Tel Aviv University's Institute for National Strategic Studies, also suggested the report should not be taken literally.

"No reliable source would ever speak about this, certainly not to The Sunday Times," he said.