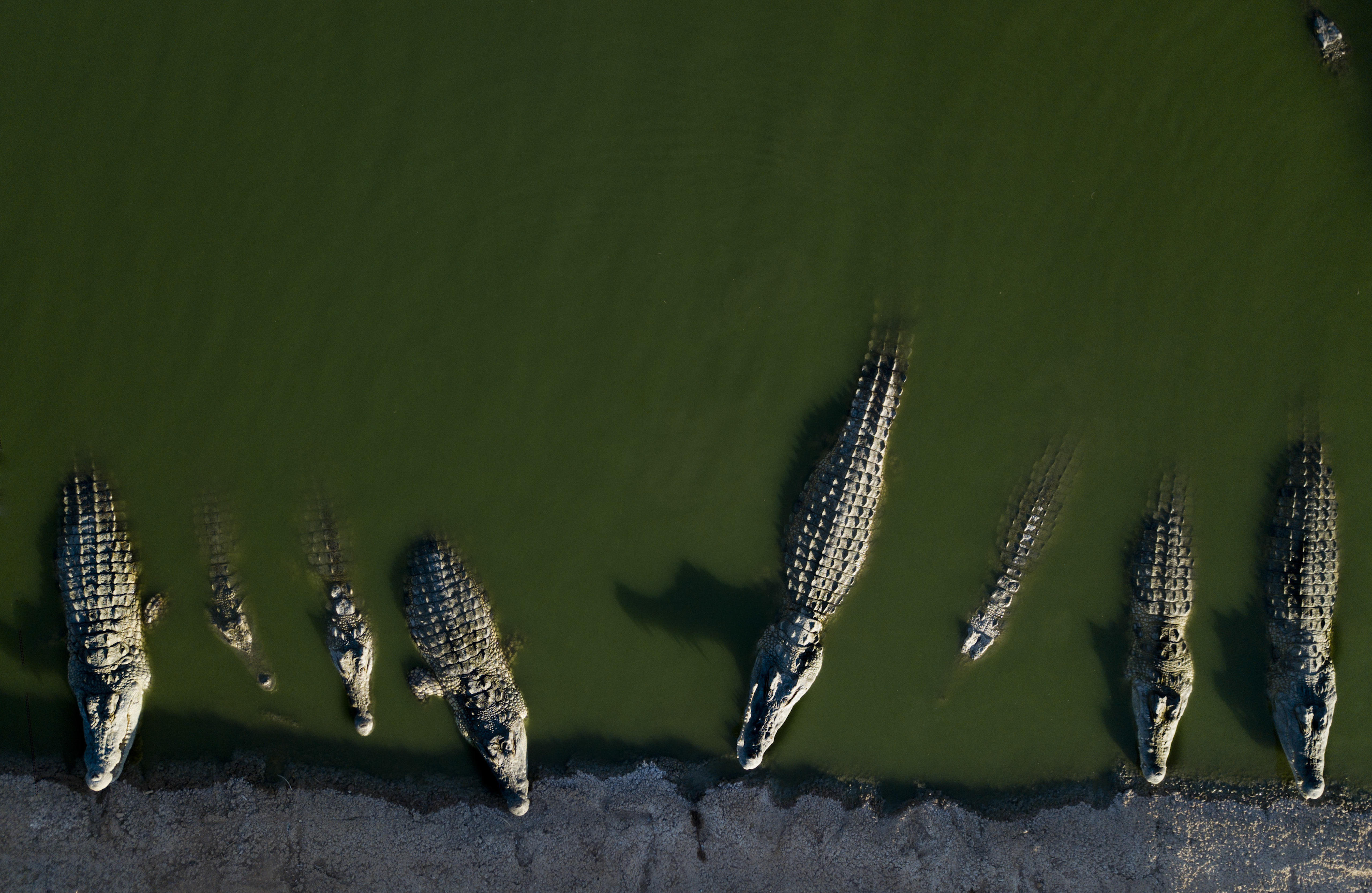 PETZAEL, West Bank -- An Israeli businessman appears to have bitten off more than he can chew with plans for a crocodile farm in a West Bank settlement. Hundreds of crocodiles have been stranded at the farm in a remote spot in the Jordan Valley -- left behind by a pair of failed business ventures.

The crocodiles were brought to the settlement of Petzael in the mid-1990s as a tourist attraction. Ensuing Israeli-Palestinian violence kept visitors away, prompting the crocodiles' purchase by entrepreneur Gadi Biton, who hoped to sell them for their skin.

But his venture flopped after Israel passed a law in 2012 defining the crocodile as a protected animal, and banning raising the animals for sale as meat or merchandise. Multiple attempts to sell them abroad have failed.

"We found ourselves with hundreds of crocodiles in this farm that no one knows what to do with," said David Elhayani, head of the Jordan Valley Regional Council. A lone worker feeds the animals dead chickens once every eight days.

Dozens of the crocodiles lazed recently on the sun-baked shores of a lagoon on the property, their jaws ajar, revealing menacing teeth.

The animals have become a pain for the owner, the region and Israel. Dozens of crocodiles have escaped on two occasions, including once when 70 flew the coop only to be found after a three-day croc-hunt. The reptiles, which can live well into their 70s, are also reproducing. Their numbers are expected to grow to the thousands in the coming years.

"I don't want to think of what will happen if a crocodile manages to escape and reaches the Jordan River, and then we'll have an international incident," Elhayani said. "Maybe then someone will wake up and find a quick solution to this problem."

Biton, who declined to speak to The Associated Press, has attempted to resettle the crocodiles in Cyprus, but numerous attempts to do so have failed because of opposition by residents there.

COGAT, the Israeli defense body that administers civilian affairs in the West Bank, said it is working to find a "practical solution" to the crocodile conundrum. It accused the farm owner of a "lack of cooperation," without elaborating.