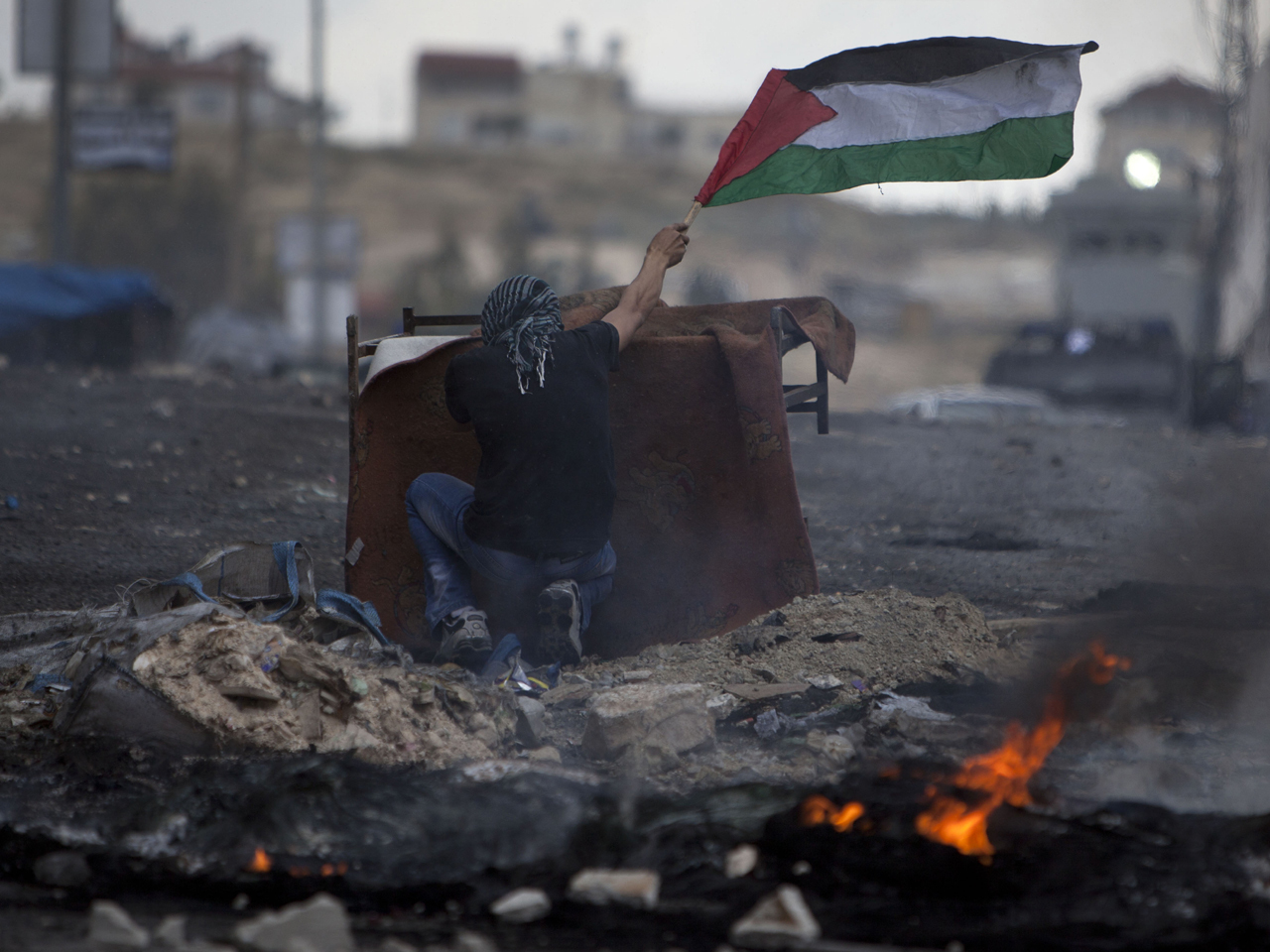 JERUSALEM - The military said Israel's frontiers were quiet Monday after a violent day of border breaches, though security forces remained on alert for more violence. The Israeli government, meanwhile agreed to transfer to the Palestinians cash it withheld after the rival Palestinian factions signed a unity pact.

Police spokesman Micky Rosenfeld said officers carried out house-to-house searches in Majdal Shams all night looking for some of the hundreds of people from Syria who burst through a border fence into the village Sunday.

Mobilized by calls on Facebook, thousands of Arab protesters marched on Israel's borders with Syria, Lebanon and Gaza in an unprecedented wave of demonstrations on Sunday, sparking clashes that left at least 15 people dead in an annual Palestinian mourning ritual marking the anniversary of Israel's birth.

The shadow of the "Nakba"

Sunday's marches were a surprising turn of events. Hundreds of Palestinians and supporters poured across the Syrian frontier and staged riots, drawing Israeli accusations that Damascus, and its ally Iran, orchestrated the unrest to shift attention from an uprising within Syria. It was a rare incursion into Israel from the usually tightly controlled Syrian side and could upset the delicate balance between the two longtime foes.

Israel collects tax funds and customs fees from Palestinians who work in Israel on the Palestinians' behalf. It is supposed to transfer the money to the Western-backed Palestinian Authority.

But it held up the transfer this month, saying it feared money would reach militants in the Hamas-ruled Gaza Strip.

Earlier this month, the Palestinian Authority signed a unity deal with the Iranian-backed Hamas, which has killed hundreds of Israelis.

Israel had come under heavy international pressure to release the funds.

The Finance Ministry said Monday the exact sum transferred would be determined in a meeting with Palestinian officials.

Prime Minister Benjamin Netanyahu, who heads to Washington at the end of the week, said he ordered the military to act with "maximum restraint" but vowed a tough response to further provocations.

"Nobody should be mistaken. We are determined to defend our borders and sovereignty," he declared in a brief address broadcast live on Israeli TV stations.

The violence showed Israel the extent of Arab anger over the Palestinian issue, beyond the residents of the West Bank and Gaza, and came at a critical time for U.S. Mideast policy.

President Obama's envoy to the region, George Mitchell, resigned Friday after more than two years of fruitless efforts. The U.S. president may now have to retool the administration's approach to peacemaking. Obama is expected to deliver a Mideast policy speech in the coming week.

Deadly clashes also took place along Israel's nearby northern border with Lebanon, as well as in the Gaza Strip on Israel's southern flank. The Israeli military said 13 soldiers were wounded, none seriously.

Sunday's unrest — which came after activists used Facebook and other websites to mobilize Palestinians and their supporters in neighboring countries to march on the border with Israel — marked the first time the protests that have swept the Arab world in recent months have been directed at Israel.

The events carried a message for Israel: Even as it wrestles with the Palestinian demand for a state in the West Bank, Gaza and east Jerusalem — areas Israel captured in the 1967 Mideast war — there is a related problem of neighboring countries that host millions of Palestinians with aspirations to return.

The fate of Palestinian refugees is one of the thorniest issues that any Israeli-Palestinian peace deal will have to address.

Palestinians were marking the "nakba," or "catastrophe" — the term they use to describe their defeat and displacement in the war that followed Israel's founding on May 15, 1948. Hundreds of thousands of Palestinians were uprooted. Today, the surviving refugees and their descendants number several million people.

Each year, Palestinians throughout the region mark the "nakba" with demonstrations. But never before have marchers descended upon Israel's borders from all directions. The Syrian incursion was especially surprising.

Israel captured the Golan from Syria in the 1967 war, and Syria demands the area back as part of any peace deal. Israel has annexed the territory. Despite hostility between the two countries, Syria has carefully kept the border quiet since the 1973 Mideast war.