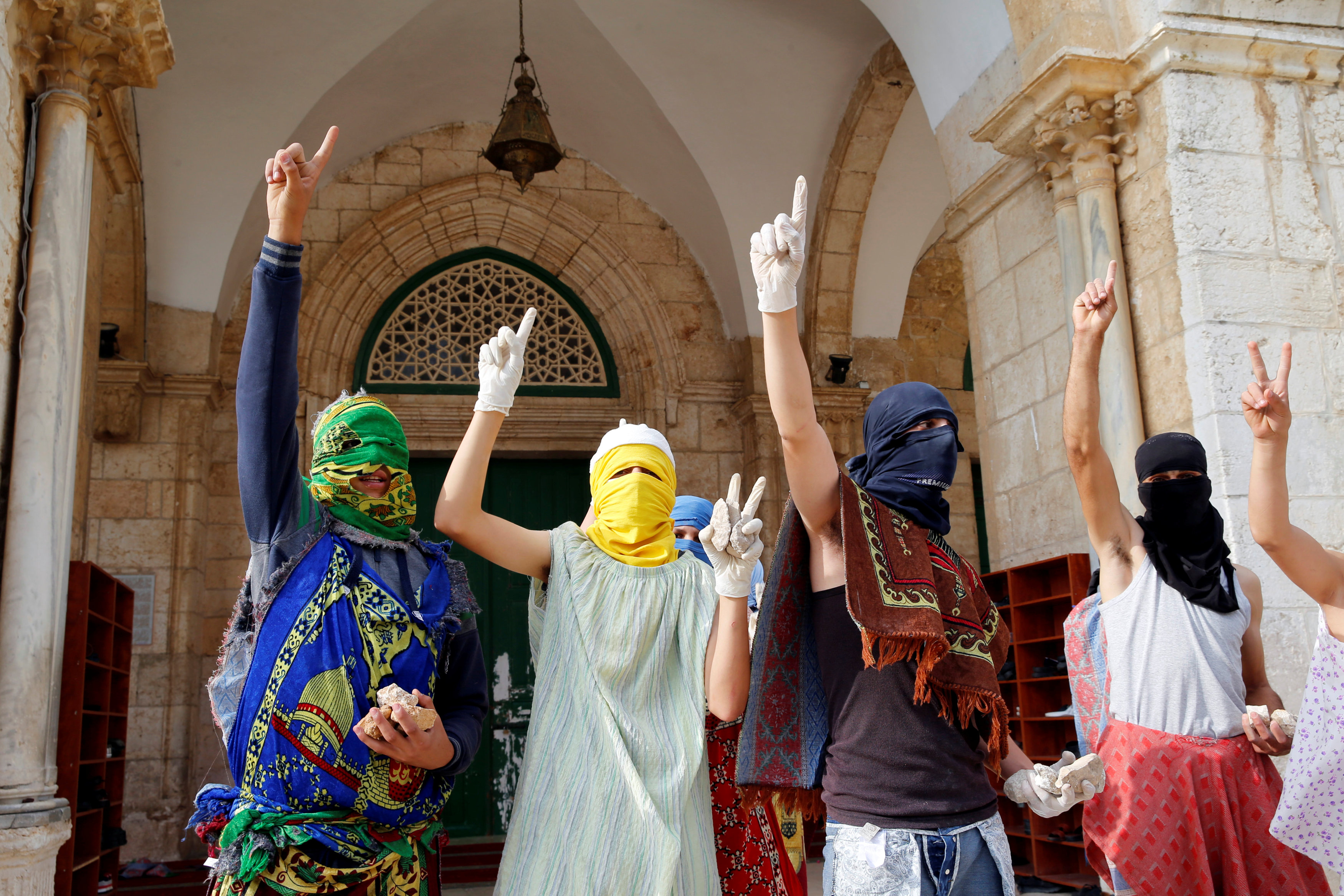 JERUSALEM -- Israeli police on Tuesday banned non-Muslims from a contentious Jerusalem holy site until the end of the Muslim holy month of Ramadan following repeated clashes with Palestinians rioters.

Police spokesman Micky Rosenfeld said rocks and other objects were hurled toward police forces and Jewish worshippers in a nearby plaza. He said a 73-year-old woman was lightly wounded and police arrested 16 suspects in the disturbances.

As a result, police decided to close access to Jewish worshippers and other visitors for the remainder of the week to prevent tensions with Muslim worshippers until Ramadan is over. Throughout the week Palestinians had holed themselves up in the Al-Aqsa Mosque atop the mount and attacked officers with fireworks and other objects they had stockpiled inside.

The mosque is part of a compound sacred to both Muslims and Jews. Muslims refer to it as the Noble Sanctuary, where they believe the Prophet Muhammad embarked on a night journey to heaven, while Jews refer to it the Temple Mount, where the two Jewish temples stood in biblical times.

Violence had erupted at the site in mid-September before spreading elsewhere.

Since then Palestinians have carried out dozens of attacks, including stabbings, shootings and car ramming assaults, killing 32 Israelis and two visiting Americans. About 200 Palestinians have been killed during that time, most identified as attackers by Israel.

The rest has led to renewed calls for peace talks, which last broke down more than two years ago.