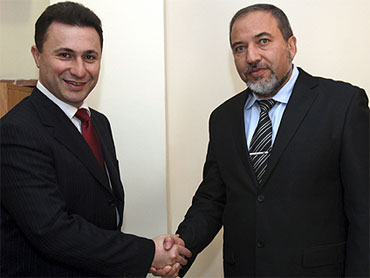 Israeli Foreign Minister Avigdor Lieberman says al Qaeda and other Islamic extremist groups are trying to set up bases in the Balkans.

Lieberman said he shared his assessment and intelligence information with Macedonia's prime minister during a meeting in Jerusalem Tuesday.

In a statement, Lieberman said that current information shows the Balkan region is "the next destination" for the global jihad network to set up operations.

He cited a money trail from Muslim charities to the Balkans as evidence without elaborating.

Lieberman said the Iranian-backed Hezbollah group has infiltrated South America, and that al Qaeda is well established in Africa.

He urged the Macedonian leader not to allow militants to take root in the Balkans.