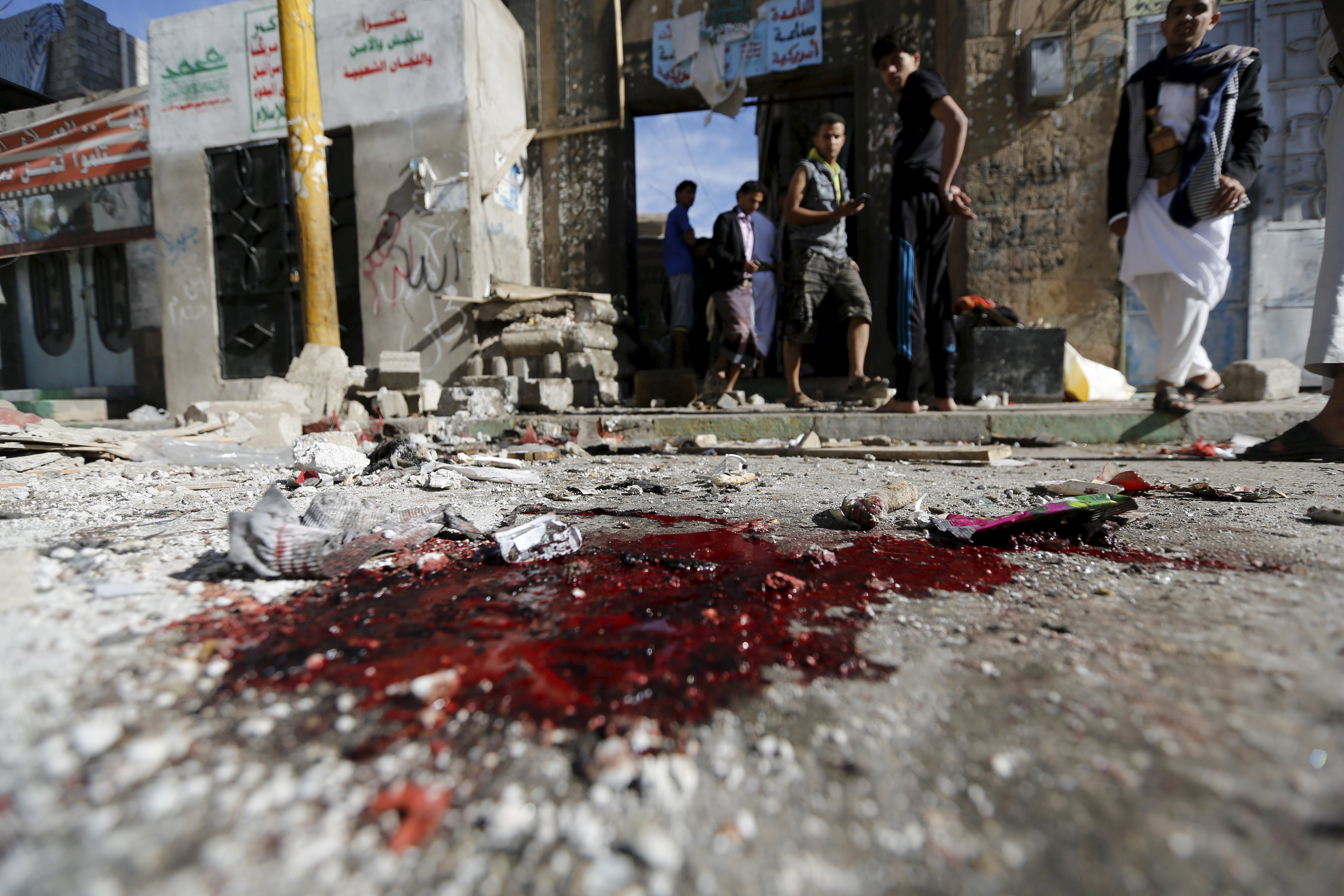 SANAA, Yemen -- A suicide bomber blew himself up during prayers at a mosque for the Eid al-Adha holiday on Thursday, killing 25 people in Yemen's capital Sanaa, security officials said.

Dozens were wounded in the blast at the al-Bolayli mosque, said the officials, who remain neutral in the conflict that has splintered the country. It is located in an area where many people support the Shiite Houthi rebels who control Sanaa.

The Islamic State of Iraq and Syria (ISIS), one of several factions fighting against the Houthis in Yemen, claimed responsibility for the blast saying it had targeted Houthi "infidels." ISIS is comprised of Sunni Muslim extremists.

The security officials said the suicide bomber placed an explosive device in his shoe, causing an initial explosion. As worshippers rushed to the door, he detonated himself in the middle of the crowd.

The officials spoke on condition of anonymity because they were not authorized to brief reporters.

There were puddles of blood and debris outside the mosque, whose ornate facade was damaged by the blast. Police and some Houthi fighters came to inspect the aftermath.

Eid al-Adha is a major Muslim holiday also known as the feast of sacrifice.

Yemen has been torn by a ferocious war pitting the Houthis and forces fighting for former President Ali Abdullah Saleh against fighters loyal to President Abed Rabbo Mansour Hadi, as well as southern separatists, local militias and Sunni extremists.

The U.S. has backed the Saudi-led military campaign against the Houthis with intelligence, political support and munitions, causing a swell of anti-American sentiment in the country.

Al Qaeda's franchise in the country, known as al Qaeda in the Arabian Peninsula, or AQAP, has also capitalized on the chaos by claiming new ground. The group, also a Sunni extremist organization, is believed to have more money and more fighters in Yemen than ever before.