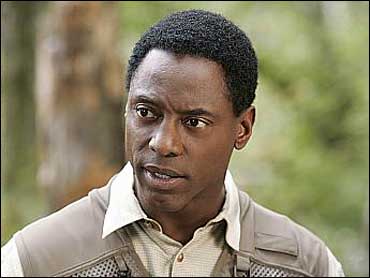 Isaiah Washington has lost his job on the hit ABC medical drama "Grey's Anatomy," five months after creating a furor with his use of an anti-gay slur.

"I'm mad as hell and I'm not going to take it anymore," Washington said in a statement released through his publicist, Howard Bragman, without elaboration.

He drew fire after using the anti-gay epithet backstage at the Golden Globe Awards in January while denying he'd used it previously on the set against cast mate T.R. Knight.

Gay rights groups and cast member Katherine Heigl, who publicly denounced Washington, were among his most vocal critics.

"This is something that will have changed the scope of his life," Heigl told Entertainment Weekly last month. Washington was "sorry and embarrassed" for the mistake, she said.

Washington tried to make amends and said he was seeking therapy.

He also met with officials from the Gay, Lesbian & Straight Education Network and the Gay & Lesbian Alliance Against Defamation and filmed a public service announcement in which he said "words have power" to hurt or heal.

The May finale of "Grey's Anatomy" opened the door for the departure of his character. Dr. Preston Burke was on the verge of marrying Dr. Cristina Yang (Sandra Oh), but her doubts at first delayed and then derailed their splashy wedding.

Later, Yang found that Burke cleared out his favorite possessions from their apartment.

In May, Bragman said the actor intended to spend the summer working and not worrying about the show. Washington intended to continue his charity work in Sierra Leone, which a DNA test showed to be his ancestral home, and work on an independent movie.