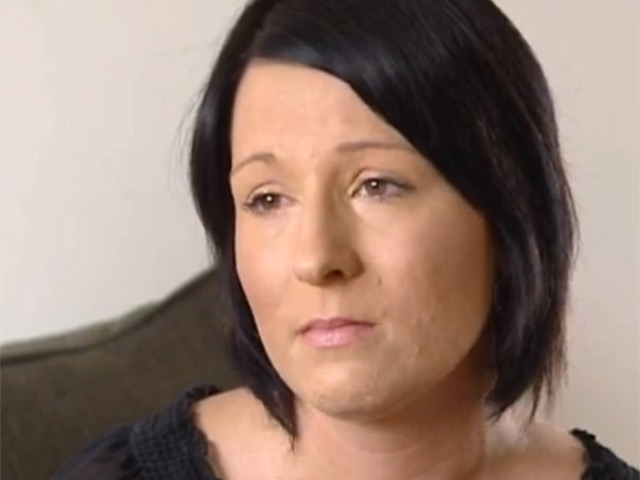 (CBS/AP) NIAGARA FALLS, N.Y. - Crystal Walker, the mother of 5-year-old Isabella Tenant, said the teen accused of killing her daughter was a "mooch" and someone she did not want to be around the home her daughter was visiting, CBS affiliate WIVB-TV reports.

Two teenagers were arraigned Tuesday in connection with Isabella's death. The girl's body was found in a trash can in a New York alleyway.

John Freeman, 16, will be tried as an adult and faces a second-degree murder charge. Co-defendant Tyler Best, 18, is charged with tampering with evidence. Best faces accusations that he helped dump Isabella's body in a trash can.

Isabella was visiting her great-grandmother, Sharon Lascelle, at her home in Niagara Falls when she disappeared Sunday night. Walker told WIVB-TV that Freeman would frequently come and go from Lascelle's house. She said Lascelle had a big heart who couldn't say no and would let Freeman sleep at the house when his heat was turned off.

"I always told my grandmother he was a mooch and to stop letting them come over whenever they want. They would just walk in the house and make a drink," Walker said."She's just so welcoming in her home and just trusts everyone."

Walker works at a sports bar in Niagara Falls and said Isabella would spend two nights a week at Lascelle's house when she worked late.

Police said Freeman came to Lascelle's house Sunday night and, after Lascelle went to bed around 11 p.m., killed Isabella with his bare hands. An autopsy report said she died from an obstructed airway and compression of the neck.

Walker said she wishes her grandmother had just told Isabella to come to bed when the older woman did. The mother said while she knows Lascelle was responsible for her daughter's safety, she doesn't blame her for the girl's death.

"I can't," Walker said. "It wasn't her fault because she trusted this kid."

After allegedly killing the girl, police said Freeman enlisted the help of Best, a friend, to put the body in a trash bag and dump it in a garbage can a few blocks away.  The teens were arrested shortly after Best went to police Monday morning and led them to the garbage can and a trash bag holding Isabella's body. He told police he helped Freeman dispose of the body after Freeman killed her.

Police said they believe Freeman killed Isabella in the house, but they haven't detailed the attack.

"I don't understand. He could have left her in the basement and made it look like she fell," Walker said. "But instead, he took her little body three streets away and put her in a garbage can. I mean, who does that?"

Niagara Falls Chief Det.William Thompson said at a news conference Monday afternoon that there was no indication Isabella was sexually abused. County Coroner Cindy-Lou Joyce also said there was no sign of sexual abuse.

The teenagers were in court Tuesday for just six minutes and each said only one word, answering "no" when Niagara Falls City Court Judge Angelo Morinello asked if they were students, WIVB-TV reported.

"Isabella was loved deeply by her daddy Mike and his fiancée Maria," said father Michael Tennant in a statement issued to the media. "Isabella enjoyed spending time with her cousins and family. Anybody who knew Isabella always saw her warm beautiful smile. The Tennant family appreciates your thoughts and prayers at this time of grieving."

Walker said her only child was very energetic and loving and looked forward to starting kindergarten.

"She was so excited, we just got all the shopping done. She filled her book bag; it's in her room." she told WIVB-TV.

"Her lunch box is in the fridge. She already packed a lunch and it doesn't even start for two weeks."