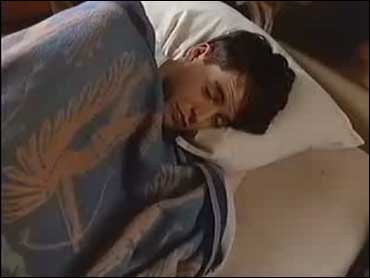 It's the height of cold and flu season, so you're not surprised when your school-age child wakes up sniffling, coughing, and moaning that he just doesn't feel well enough to go to school.

Sometimes, it's clear that your child has cold symptoms or flu symptoms and needs to be taken to the doctor. Other times, illness in kids is not so easy to figure out. Your child may not look so sick to you. So before you grab the thermometer, heat up the chicken soup, and call your boss, you might want to consider the possibility that something besides germs is invading your home.

Yes, we're talking deception. Faking it. Playing hooky, a la "Ferris Bueller's Day Off." Just as Matthew Broderick, the lead actor in the hit 1986 movie, decided to give himself a glorious day off (including a spin around Chicago in a "borrowed" Ferrari), there is the possibility your student is faking it - for attention, the thrill of it, or a zillion other reasons.

At some point during their school days, up to 10% of kids try to dupe their parents into letting them stay home by feigning illness, experts estimate. Sometimes, the guise is relatively innocent; but sometimes it masks serious problems, such as anxiety, depression, or their wish to avoid a bully at school.

WebMD asked three experts who've seen their share of faking - a pediatrician, a child and adolescent psychologist, and a former school nurse - to clue us in on how clueless parents can decide: Does your baby need chicken soup, or marching orders to get to school? Of course, if your child looks and acts truly sick, it's time to call the doctor or take them to urgent care.

But if you have your doubts and are trying to decide if the illness is really called "don't-want-to-go-to-school-itis," here are our experts' four best tips, short of hooking up a lie detector:

(Do you know when your kids are faking sick ? Share your stories on WebMD's Parenting: Preschoolers and Grade Schoolers message board.)

1. Check Out the Medical Evidence

Common flu symptoms include fever, extreme fatigue, dry cough, and body aches. Cold symptoms are typically milder, including a runny or stuffy nose. Taking the body temperature is a good first step, says JoAnn Rohyans, MD, a pediatrician in private practice who is also an associate professor of pediatrics at Ohio State University College of Medicine, Columbus, and a spokeswoman for the American Academy of Pediatrics.

Normal body temperature varies, she says. It can be about 97 degrees in the morning and higher later. "Ninety-nine degrees at the end of the day is still normal," she says. Pediatricians generally don't consider a fever significant until temperature rises above 100.4 degrees Fahrenheit.

You can check out your kid's throat and tonsils if that's the origin of complaints, Rohyans says, but in her experience parents think tonsils look awful when they're actually normal. "Tonsils that are sick look like moldy strawberries or raw hamburger," she tells WebMD.

Fake symptoms typically don't have staying power. Be suspicious, Rohyans says, if your teen is coughing her lungs out one moment but then talking nonstop on the phone with friends.

Kids who are truly sick usually doze off while watching TV, she adds. So if your offspring is glued to a TV-watching marathon, wide awake, it's a sign he could be faking it.

Vague symptoms and those that move from one body part to the other may be a sign of faking it, says Donna Mazyck, RN, president of the National Association of School Nurses in Silver Spring, Md., and a high school nurse for 15 years. As in: "Oh, my head hurts. Now my stomach hurts." When the
complaints move to the foot, be very suspicious, she says. "That's a little bit of a clue." Yet, she says, it's not foolproof, because sometimes symptoms are vague.

3. Get to the Bottom of the Problem - If There Is One

Once you've decided it's an act, try to figure out why. While some kids are just feeling lazy, others may have a sense of entitlement, says Rohyans, especially during cold and flu season. "They expect they deserve a few days off because everyone else is sick," she tells WebMD.

But some kids who fake it have more serious underlying problems, not just laziness or mischief.  A common reason for faking, says Mazyck, is being bullied at school. Faking becomes a practical avoidance strategy, she says.

Anxiety about a looming test or other challenge is a common reason to fake it. "It could be anxiety or fear, because of a test or some class that is hard for them," Mazyck says.

Mazyck recalls a student in a school where she worked who would begin to feel sick at the same time day after day. She discoveed it was always right before math class and linked the symptoms to anxiety.

This is a case of psychological problems leading to physical symptoms, says Barry Anton, PhD, a clinical child and adolescent psychologist at Rainier Behavioral Health and professor of psychology at the University of Puget Sound in Tacoma, Wash. Faking becomes "malingering," he says. "Malingering is defined as assuming a sick role to avoid something."

The child in this case may not even be aware that the psychological problems led to the physical ones, Anton says. "The pain is real, the cause is psychological," he says.

These scenarios are more common, he says, in younger children who haven't yet learned to verbalize their emotional feelings. "As they get older, they have better coping skills," he says, and are better able to talk about their anxiety and other problems instead of having it manifest in pain.

Depression might be another underlying reason for your child to fake illness, Anton says. "It allows you to withdraw."

4. Decide if You're Contributing to the Problem

Children in "high achieving" families whose parents have very high expectations often have high anxiety levels, Anton finds. "They may be much
more likely to fake it."

Children from "chaotic and disorganized families" in which the parents themselves may complain about physical symptoms due to psychological stresses are also more likely to fake it, he finds. They are modeling their behavior after their parents' behavior, begging off school when the stresses turn into physical problems. "The pain is real," Anton says. So to call it faking isn't quite accurate. "But they can't identify that the pain is from the anxiety."

Often, Anton finds in his practice, the child's symptoms mimic those of the parents. So if a mother complains of a bad headache the day before her salary review, her son may do the same before an important math test.

If this sounds like your house, Anton says, consider getting professional help - for you and your child - to learn to deal with the anxiety and depression and other problems that may be leading to the physical symptoms.

If you are convinced the sick day request is just about playing hooky, don't "reinforce" sick behavior, Anton says. What's reinforcement? "When you go in and say, 'Here's some chicken soup, let's turn on your favorite TV show,'" that makes staying home look way too good compared to school, and is likely to encourage your child to try faking it again. If your child's really sick, the chicken soup and love route is fine, he says, for that limited period of illness.
By Kathleen Doheny
Reviewed by Louise Chang
©2007 WebMD, Inc. All rights reserved