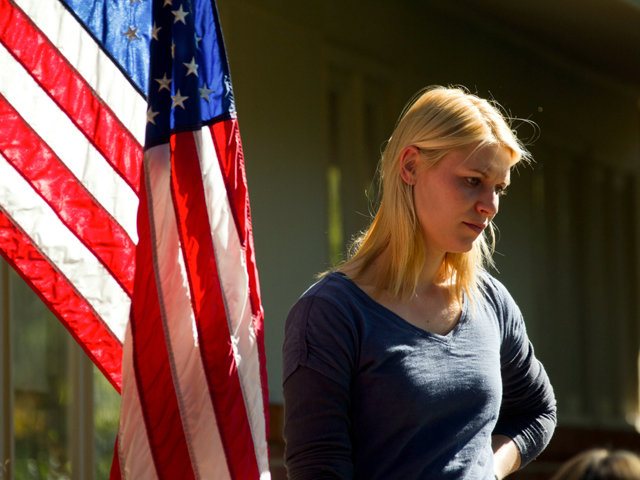 (CBS News) This could be the year that "Mad Men" loses its stranglehold on the Emmy for Outstanding Drama Series.

Critics have mentioned it as one of several possible upsets that could take place at the Primetime Emmy Awards ceremony Sunday night in Los Angeles.

But which show will keep AMC's 1960s advertising industry show from scoring its fifth consecutive statuette?

Will it be Showtime's new entry "Homeland," which is about a CIA officer's hunt for a POW-turned-terrorist? Or maybe it will be the British import "Downton Abbey?" Also in the running are AMC's "Breaking Bad" and HBO's "Boardwalk Empire" and "Game of Thrones."

Though it's hardly an omen, "Mad Men" emerged empty-handed from last weekend's Creative Arts Emmy ceremony. The big winner there was the fantasy saga "Game of Thrones," which picked up five statuettes.

Most critics expect "Breaking Bad's" Bryan Cranston to pick up another Emmy for lead actor in a drama series (sorry, Jon Hamm) and they also agree that Claire Danes of "Homeland" is the candidate to beat in the actress category.

In comedy, the reverse is true. "Modern Family" is expected to continue its reign as best comedy, but there could be some drama in the lead acting awards. Louis C.K ("Louie"), Don Cheadle ("House of Lies"), and Alec Baldwin ("30 Rock") all have a chance of wresting the Outstanding Lead Actor in a Comedy Series trophy away from last year's winner, Jim Parsons, ("The Big Bang Theory").

There has been some speculation that first time nominee "Jimmy Kimmel Live" could win the award for Outstanding Variety Series, which has in the past gone to "The Daily Show with Jon Stewart."

And perennial fan favorite Betty White could walk away with the Emmy for Outstanding Host for a Reality or Reality-Competition Program. Her competition includes Phil Keoghan of "The Amazing Race," Ryan Seacrest of "American Idol," Tom Bergeron of "Dancing with the Stars" and Cat Deeley of "So You Think You Can Dance."

Who do you think will win an Emmy? Take our polls, discuss the options in the comments below and return here Sunday night to see who wins.