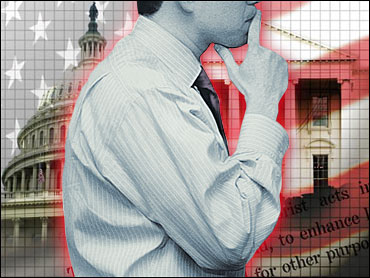 
Is political persuasion mostly useless? Is the percentage of people essentially immune to rational argument about political things increasing?

A psychologist in Atlanta and a business school professor in Syracuse, N.Y., have interesting observations on these sorts of questions from the entirely different perspectives of neuroscience and public opinion research. The good news may be that the partisan lout in your office who absolutely will not listen to reason may not be at fault; he may just be a slave to his ventromedial prefrontal cortex. The bad news is that these louts may be becoming more prevalent — and more loutish.

At Emory University, psychologist Drew Westen and his team conducted what they believe is the first study of "the neural basis of any form of political decision making." They did this by using brain imaging to study people as they processed political information during the 2004 campaign.

To rape and pillage fine science with rough paraphrasing, this is what they discovered: When 30 self-described partisans were presented with contradictory quotes about the candidates (President Bush supporting, then denouncing Ken Lay; Sen. John Kerry supporting, then denouncing a Social Security overhaul), it was the portions of the brain that process emotion, not rational thinking, that became active. "The thinking caps went off and the feeling caps went on," is how Westen put it to me.

Normally, Westen says, a brain faced with contradictory information will fire up the zones where reason or rational thought happens. The 30 partisans in this study were presented with contradictory quotes from Bush and Kerry, but also from Hank Aaron, Tom Hanks and the writer William Styron. They processed the information about the non-politicians with the reasoning centers of the brain. It was politics that short-circuited them. ("This is your brain; this is your brain on politics.")

It would be reasonable to ask whether all brains — not just partisan ones — respond to political information emotionally. Westen says the answer is clearly no, that research does demonstrate that centrists or independents are more able to process rational and non-emotional political information.

But Westen's MRIs show that is clearly not the case with political contradictions processed by a partisan brain. That process is almost entirely emotional, heating up regions of the brain that govern things like forgiveness, relief and pleasure. The reasoning zones stayed ice cold.

Your response, I imagine, is "duh." Partisans are emotional; stop the presses, get me rewrite. Perhaps. But I find the graphic clarity of colorful brain scans to be sobering. It's one thing to know that some people get obnoxious during political arguments; it's another thing to see that 30 adult men who read candidates' quotes while strapped down in MRI machines didn't even fire up the thinking parts of their brains.

According to Arthur Brooks, a professor at the business school at Syracuse University, the number of partisan brains is increasing. And they may be becoming more partisan; more precisely, they seem to hate their opponents more.

Specifically, Brooks studied polling collected by the one of the biggest and most important ongoing demographic surveys, the General Social Survey. Since 1972, the percentage of self-described "extreme liberals" and "extreme conservatives" has increased dramatically.

In 1972, even though the country was heated up over Nixon and Vietnam, only 4.9 percent described themselves as either extremely liberal or extremely conservative. That rose to 6.6 percent in 2004, an increase of about one-third. Though the baseline percentage is small, a 30 percent increase still potentially effects a couple of million votes.

Interestingly, the percentage of extreme liberals in these surveys grew far more than extreme conservatives, from 2.3 percent in '72 (Nixon) to 3.6 percent in '04 (Bush II).

Brooks also found a disturbing level of what he calls "personal demonization" in 2004 Another prestigious, long-running survey, the American National Election Survey, collects public opinion data using what it calls "feeling thermometers" — for example, on a scale of zero to 100, zero being the sub-human low, how do you feel about members of Congress? Or conservatives? Or liberals?

Scores below 20 are very rare. Brooks says, "No one gets zeroes, not even Hitler."

But in 2004, lots of people gave out zeroes. They were — surprise, surprise — self-described liberals and conservatives, and they gave zeroes out to their ideological enemies

Twenty percent of self-described extreme liberals gave "conservatives" (the word used in the question) zeroes, while 23 percent of extreme conservatives gave "liberals" zeroes. So about one-fifth of the people at both ends of ideological spectrum consider those they disagree with "dead to me," to use Tony Soprano's words.

All this research may be evidence that some shifts in how we process political information and argument are becoming hard-wired — in brains, in culture and in media. It seems obvious that the people who hang around blogs, talk radio, cable shout shows and the Congress of the United States are both extreme and emotional. Now we can see it on MRIs.

If anything, that should be motivation for everyone to double check their instant reactions — and alleged arguments — to anything political.

But market research tends to suggest that anyone reading these words right now is more politically engaged than most. So to the extent this column tries to point out contradictions, dishonesty and hogwash in politics and rhetoric, it is probably a waste of time.

I am, it appears, hitting my ventromedial prefrontal cortex against the wall.

Dick Meyer, is the Editorial Director of CBSNews.com.