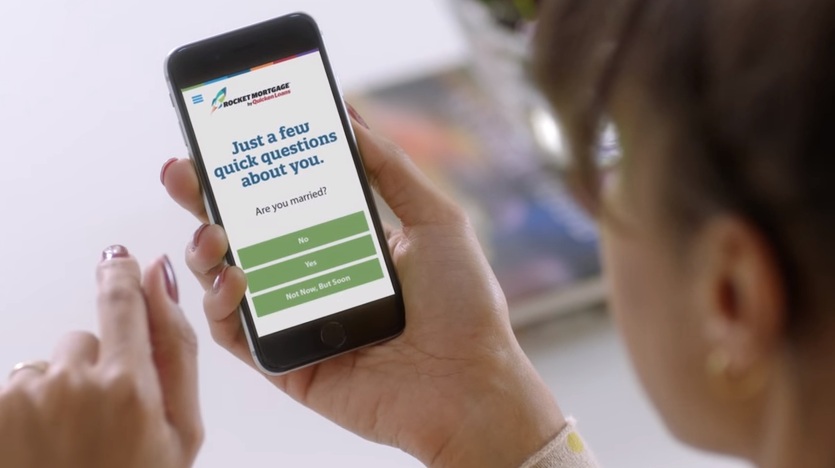 NEW YORK -- Bad mortgages to buyers who couldn't afford them put the U.S. on the road to the Great Recession. So CBS News was curious when we saw an ad during the Super Bowl for an eight-minute mortgage.

"What if we did for mortgages what the Internet did for buying music and plane tickets and shoes," the voice-over in the advertisement said.

That's what they're offering with Rocket Mortgages.

But just seven years after the housing crisis nearly took down the economy, the ad rang alarm bells.

"Let's do the financial crisis again, but with apps," Dave Weigel of the Washington Post tweeted.

Holden Lewis with bankrate.com said the median credit score of a mortgage applicant is now 753 (out of 850) the highest since 2001. Rocket Mortgage is just trying to streamline the application process.

"I know that a lot of people interpreted the commercial as saying we're going back to the days of easy money, but that's just simply not happening," said Lewis. "I think it's a game changer, in a sense that other mortgage companies are going to have to make it easier to put in your documentation and your paperwork."

On the Rocket app, you enter income and bank details, which allows Quicken to communicate directly with banks. It estimates an affordable home price and costs and allows customers to lock in a rate, said Quicken President Jay Farner.

So this is not about changing credit standards?

"No. Again, Quicken Loans is known for having some of the highest credit standards in the country," Farner said.

Rocket, he said, is trying to take the mystery out of the mortgage process.

The ad certainly got attention. Farner said that 14,000 people visited their website in the first minute it aired.