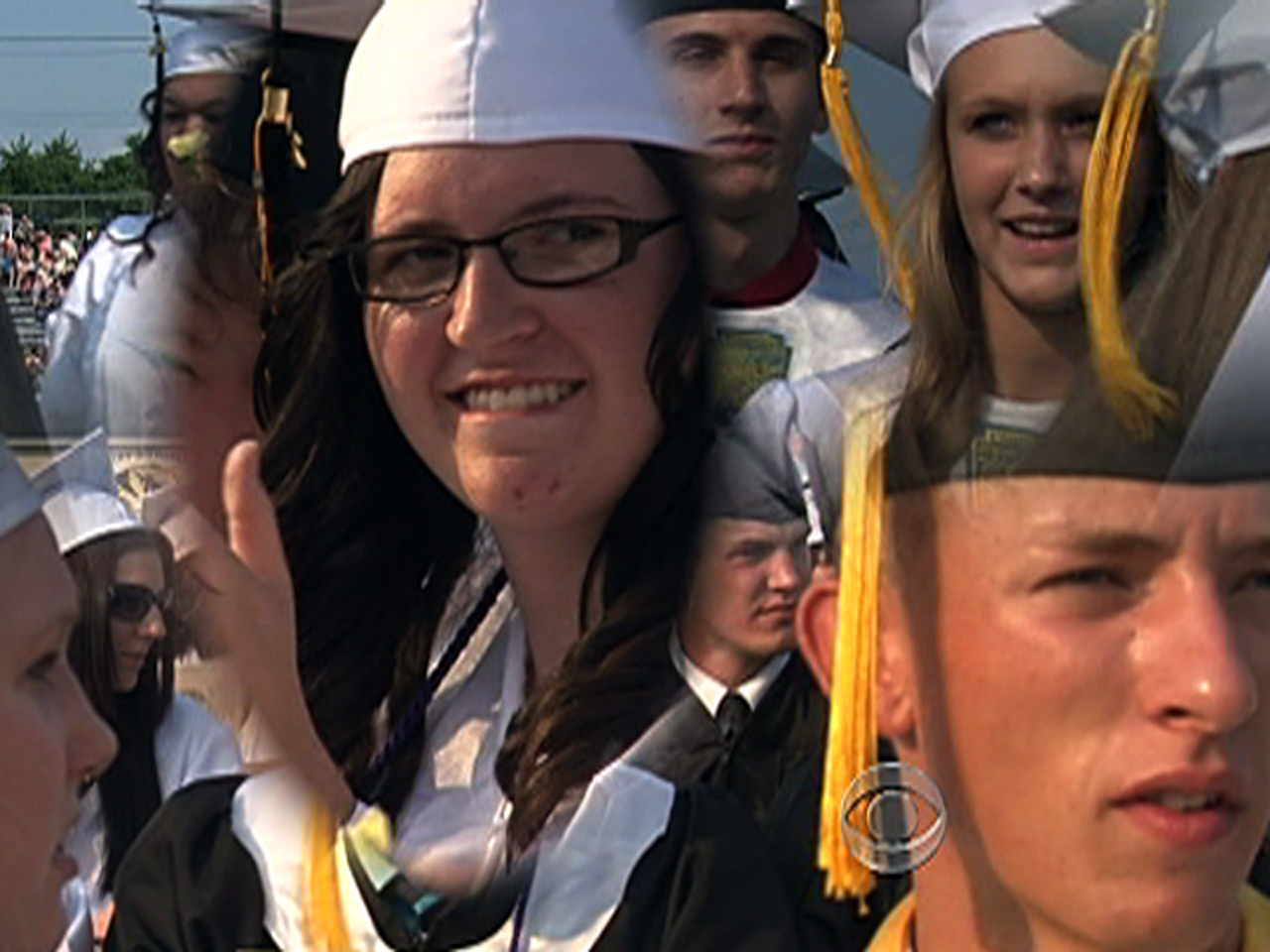 First the dot.coms popped, then mortgages. Are student loans and higher education the next bubble, the latest investment craze inflating on borrowed money and misplaced faith it can never go bad?

Some experts have raised the possibility. Last summer, Moody's Analytics pronounced fears of an education spending bubble "not without merit." Last spring, investor and PayPal founder Peter Thiel called attention to his claims of an education bubble by awarding two dozen young entrepreneurs $100,000 each NOT to attend college.

Recent weeks have seen another spate of "bubble" headlines -- student loan defaults up, tuition rising another 8.3 percent this year and finally, out Thursday, a new report estimating that average student debt for borrowers from the college class of 2010 has passed $25,000. And all that on top of a multi-year slump in the job-market for new college graduates.

So do those who warn of a bubble have a case?

The hard part, of course, is that a bubble is never apparent until it bursts. But the short answer is this: There are worrisome trends. A degree is an asset whose value can change over time. Borrowing to pay for it is risky, and borrowing is way up. The stakes are high. You can usually walk away from a house. Not so a student loan, which can't even be discharged in bankruptcy.

But there are also important differences between a potential "student loan bubble" and an "education bubble." Furthermore, many economists think the whole concept of a bubble is a misleading way to think about what's happening, and may actually distract from the real problems. College affordability is a serious issue, but it's a different one. Borrowing for college and borrowing for, say, a house, are fundamentally different in important ways.

To be sure, there are some classic bubble warning signs:

--Everybody wants in. The idea that higher education is the only way to get ahead has become widely held. College enrollment has surged one-third in a decade. With rising demand, college tuition and fees have more than doubled over that time, outstripping inflation in every other major sector of the economy -- energy, health care and housing, even when housing was bubbling itself.

--Those bills are paid with borrowed money. The volume of outstanding student loans is rising rapidly and now exceeds credit card debt, though recent reports of it crossing $1 trillion may be premature. Moody's Analytics puts the number at around $750 billion. But while credit card debt is declining, student loan debt keeps going up.

--Just like housing, many student loans were made with little or no research into whether borrowers were fit. Federal Stafford loans are basically automatic for college students, and government backing for other types of loans gave other student lenders little reason to be picky.

--Defaults on federal student loans jumped from 7 percent to 8.8 percent in the most recent fiscal year. That measures just recent borrowers who were already behind within two years of their first payments coming due.

Those numbers are all alarming. But putting them in context requires thinking separately about the ideas of a "student loan bubble" and an "education bubble."

First, one thing that's important about the possible student loan bubble is that it poses much less of a threat than housing debt did to drag down the entire economy. Yes, many individual borrowers may find themselves in trouble. But total student loans probably amount to less than 10 percent of outstanding mortgages. Every single student loan could default and it still probably wouldn't match total mortgage defaults during the recent downturn. More importantly, unlike mortgages, Wall Street isn't knee-deep in securities comprised of bundled student loans, as it was with mortgages. (It also helps that it's also harder to speculate in student loans; an investor can flip a house, but not a brain.)

The other big difference with student loans is the dominant role the federal government has assumed in the market in the last few years: it accounts for roughly 85 percent of student debt.

That matters for several reasons.

First, the government is answerable to voters and not shareholders, so it's more likely than private investors to take steps such as those announced by President Barack Obama to try to relieve student debt burdens.

Second, notes Mark Kantrowitz of the website Finaid.org, it's important to remember what actually causes a bubble to burst. It's not simply a run-up in prices. What bursts the bubble is a liquidity crisis, when borrowers suddenly can't get the money they need. Even during the depths of the 2008 financial crisis, when private student loans dried up, the government's dominant role kept student loans flowing.

That doesn't guarantee the bubble won't slowly and painfully deflate over time. But it insures against the chaos of a "crash" where suddenly students can't get loans at all -- a scenario that could shut down untold numbers of colleges whose students rely on financial aid.

None of that, however, changes the fundamental risk for individual student borrowers: they could borrow heavily to pay for a college education and find the return much less than expected.

It's here, looking at the debate from an individual borrower's point of view as opposed to the entire economy, that the debate over the term "bubble" gets tricky. Can an education lose value?

Certainly a college degree can.

A key measure is the wage premium for bachelor's degree recipients over those with just high school diploma, and there are various ways to measure it. All show the wage premium is substantial, though after rising steadily for years it appears to have slipped some lately. Wages for the median bachelor's degree recipient are roughly $55,292, compared to $34,813 for those with only high school, according to the latest data from Georgetown University's Center on Education and the Workforce.

That reflects a premium that has fallen from roughly 67 percent a few years ago to 59 percent (the latest Bureau of Labor Statistics data put the 2010 premium at 65 percent for weekly wages). Still, all told, estimates for the lifetime earnings advantage of a college degree range from a conservative $500,000 to more than $1 million, according to the Census Bureau. Even with recent price increases, for the average student loan borrower that remains a very high return on investment.

Could college prices rise so much, and the premium fall so far, that a degree is no longer worth it? Of course, for some degrees. But in a modern economy, it's difficult to imagine that happening across the board. Here's where a degree is truly unlike other assets -- most should correlate at least somewhat with skills that are useful in the world. Particular degrees may prove bad bets, but to imagine the premium on education itself dropping off a cliff is to imagine a world where things have gone so wrong that job skills no longer matter.

Or, as Kent Smetters, an economist at the University of Pennsylvania's Wharton School, puts it: "In that case, nobody's worried about paying back their loans. Everyone's heading for bunkers in Idaho and canned goods and that kind of stuff."

Here's the rub: Nobody earns a generic "college degree." Degrees are earned from different schools, with different reputations, and in different majors with much different payoffs. What counts most, says Georgetown's Anthony Carnevale, are the courses you take and your major. Roughly 30 percent of associate's degree recipients earn more than people with bachelor's degrees. A graduate with a mere certificate in engineering will earn roughly 20 percent more than the average bachelor's recipient.

That suggests there isn't one big bubble, but many smaller but significant ones stretching across different sectors -- certain liberal arts grads, artists, lawyers who borrow six figures for law school and can't find a job, and students at for-profit colleges. The signs of a bubble at for-profits are unmistakable: Enrollment has tripled in a decade, roughly 96 percent of graduates have loans and borrowing is substantially higher than at other types of institutions. Default rates recently jumped to 15 percent.

But what's most important is the huge numbers who never earn a degree at all. At community colleges and for-profit schools, roughly one in five aiming for a bachelor's degree fail to secure it. Even at four-year public universities, the failure rate within six years is almost half. Anyone who borrows a large amount of money and then fails to complete a degree is in a world of hurt -- quite possibly worse off than if they'd never even tried to go to college in the first place.

Bio: Justin Pope is a reporter for the Associated Press