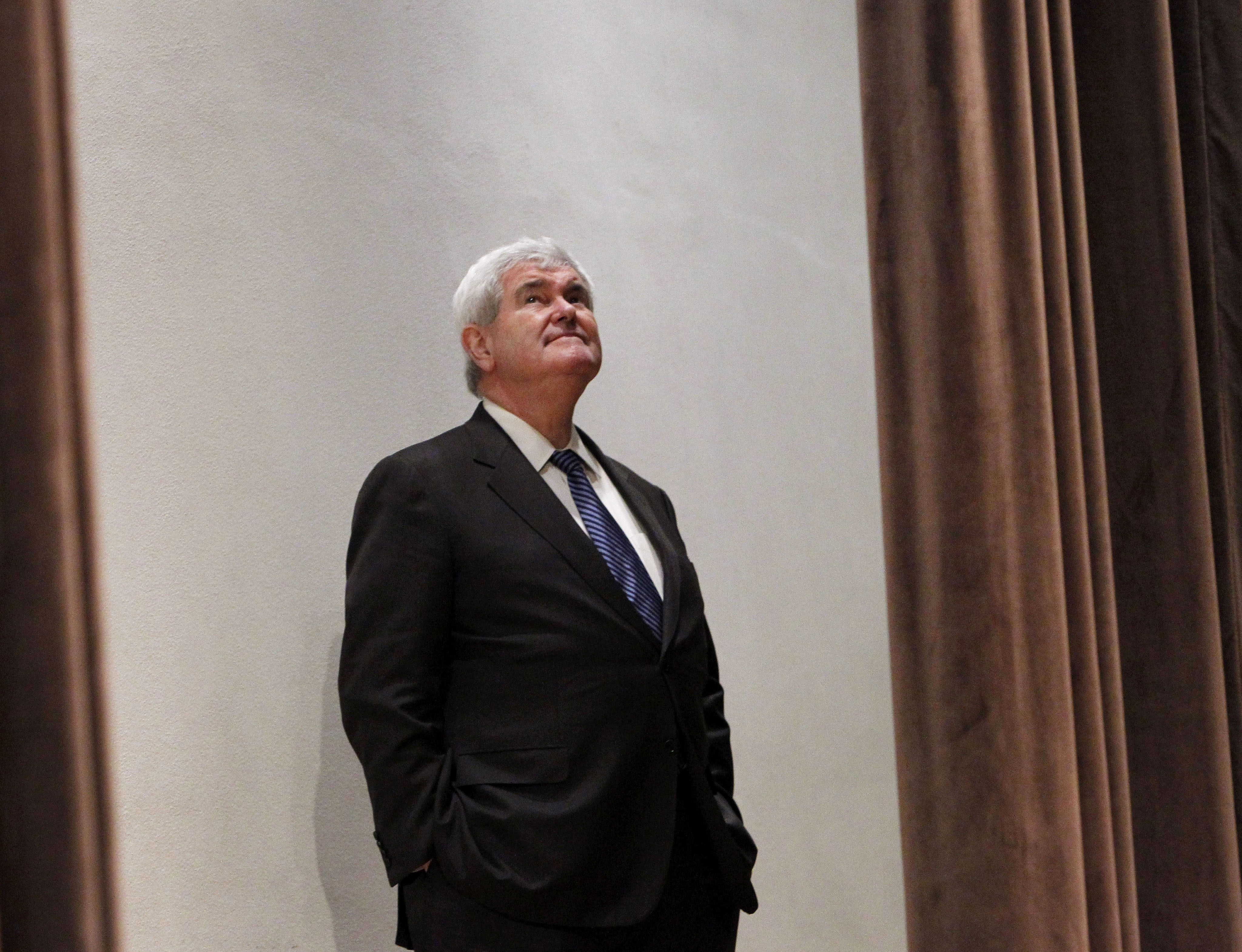 (CBS News) Mitt Romney may now be widely seen as the presumptive Republican presidential nominee, but that doesn't mean there isn't still voting to be done.

Today, voters in five states - Connecticut, Delaware, New York, Pennsylvania and Rhode Island - head to the polls. Turnout is expected to be low, in part because there's not much suspense over what's going to happen: Romney is widely expected to take at least four of the five states up for grabs today, and in doing so inch closer to the magic 1,144 threshold he needs to take the nomination before the convention. (The race in Pennsylvania had looked like a potential barnburner - but then former Pennsylvania Sen. Rick Santorum dropped out of the race.) Romney is expected to add more than 200 delegates to the 688 estimated delegates that he had already secured before today, and is on pace to secure the nomination sometime in late May.

The one state where it appears Romney might not get a win - and it's hard to tell in the absence of polling - is Delaware, where Newt Gingrich has been focusing his campaign over the past few weeks, winning some endorsements along the way. If Gingrich does not do well in the First State, the candidate plans to "reassess" his bid, he told NBC News Monday night.

"I think we need to take a deep look at what we are doing," Gingrich said Monday. "We will be in North Carolina tomorrow night and we will look and see what the results are."

In an interview with CBS News/National Journal reporter Lindsey Boerma on Friday, Gingrich spokesman RC Hammond said the candidate has made more than a dozen campaign stops in Delaware because it is "a smaller state that's been relatively ignored by front runner and the person in last place." (The "last place" candidate would be Ron Paul.) Hammond also hinted that Delaware may be the end of the road, saying, "We want to see how hard we can work and what the results are, and we'll assess how well we do from there."

But even if Gingrich somehow manages to win Delaware thanks to a combination of low turnout and relatively intense campaigning - and that's a very big if - it won't mean all that much. The state only offers 17 delegates in its winner-take-all primary; A Gingrich win would still leave him with less than 150 delegates total in the CBS News estimate. Romney, meanwhile, will likely emerge from today's contests with six times as many delegates. No offense to Delaware -- but there's simply no rational way the contest there could be considered a game-changer.

And consider this: Gingrich's campaign is more than $4 million in debt, and the donations do not appear to be rolling in. After Santorum left the race, he acknowledgedthat it was because he was he couldn't raise money once people began to see Romney as the presumptive nominee. There's no reason to think that Gingrich isn't dealing with the exact same dynamic. The former House speaker has said he wants to stay in the race until the convention in part to keep his ideas in the conversation, but the price tag for doing so may simply be growing too high. Clearing campaign debt, after all, isn't easy: Hillary Clinton, Rudy Giuliani and John Edwards are among the 2008 White House hopefuls whose campaigns are still trying to pay back their creditors.

Gingrich has reason to thumb his nose at the conventional wisdom: He was left for dead twice in this cycle before emerging once again as a viable contender. But it's becoming almost impossible for him not to acknowledge the writing on the wall. Even Sheldon Adelson, whose family has given more than $20 million to the super PAC backing Gingrich, says Gingrich has reached "the end of his line." After the results come in tonight, don't be surprised if you see Gingrich reluctantly admitting that his benefactor was right.