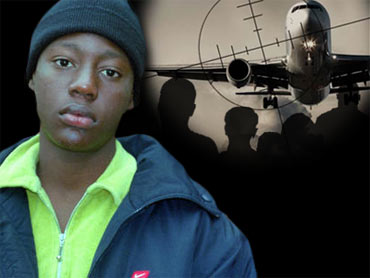 This article from The Weekly Standard was written by Matthew Continetti.

Last Tuesday, March 30, about four months after reporter Jack Kelley resigned in disgrace from USA Today, the New York Daily News reported that USA Today was investigating whether Kelley could face legal action. The Daily News item was the capstone to a disturbing story. Ten days before, on March 20, a panel commissioned by USA Today concluded that Kelley fabricated details and sources in at least 8 stories, including a riveting, "first-person" account of a Jerusalem suicide bombing that earned him a 2002 Pulitzer Prize nomination.

Kelley's story may sound familiar. That's because he is only one in a series of fraudulent journalists to appear in the headlines over the last year -- an ignoble lineage that includes the New York Times's Jayson Blair and the New Republic's Stephen Glass.

But Kelley's story differs from that of Blair and Glass. First, Blair and Glass were both young reporters when they fabricated stories. By contrast, Kelley was a veteran with 21 years of experience at USA Today. And second, Kelley's prominence -- the Pulitzer Prize nomination, the multiple cover stories, the fact that USA Today's reputation, to a large degree, went hand in hand with his own -- was far more considerable than either Blair's and Glass's.

The Daily News item suggests there's another reason why Jack Kelley's story is different. Neither Blair nor Glass were punished for committing fraud in national publications -- if anything, they both profited from it. Blair now promotes his tell-all book on national television. And Glass (who has his own book deal, as well as a movie made about him) has once again written for Rolling Stone, a publication he once defrauded.

The reason Kelley is different is that, if USA Today (or the U.S. government) decides to take legal action against him, it will be the first time a reporter who printed fiction passing as fact in a national publication was held legally accountable.

Jane Kirley, the Silha Professor of Media Ethics and Law at the University of Minnesota, says that such legal action would be almost entirely without precedent. Only the case of R. Foster Winans, she says, comes close. Winans was the Wall Street Journal's "Heard on the Steet" columnist in the mid-1980s when he used information in unpublished columns to make money on the stock market. In 1985, he was convicted of insider trading and spent eight months in federal prison. Now he runs a business in Pennsylvania and serves as a media commentator for CNN and other networks.

In 2003, after the New York Times published its 7,200 word exposé of Jayson Blair's numerous fabrications, the U.S. attorney in Manhattan, James Comey, made an informal request to the Times for information about the young reporter. The implication was that Blair could face possible prosecution under charges of mail and wire fraud. But no subpoena was issued -- and it's unclear whether the Times ever responded to the request at all. So the issue of legal responsibility fell to the wayside.

Which is where it remained, until last Tuesday, when the Daily News published its small item on Kelley. Like Blair, Kelley could possibly face charges of mail and wire fraud. And Kelley could also face action from USA Today itself, as records show he charged services to his expense account that, like his stories, turned out to be fiction. In other words, he defrauded his readers as well as his employers, and could face legal consequences.

Or not. As Jane Kirtley says, news organizations have historically been loath to bring cases against former reporters. The fear being that such a case would open the organization's editorial practices to public scrutiny. What's more, Lynne Bernabei, Kelley's lawyer, told the Daily News that she isn't worried about any legal trouble from the government. She's probably right not to be. If what happened with Jayson Blair is any indication, the government seems similarly disinclined to prosecute fraudulent journalists.

Someday, this may change. As further fraud is exposed, experts say, the law may be forced to deal with the issue more aggressively. "Up until recently, most journalists weren't in the business of defrauding their employers and their readers," says Kirtley. This area of the law is "very much in development." And it is developing quickly. A year ago, Jayson Blair was writing front-page stories for the Times, and Jack Kelley had his reputation intact.

Matthew Continetti is an editorial assistant at The Weekly Standard.

Take our country back, from the Constitution

A Middle-Aged Civilian Embedded in Afghanistan