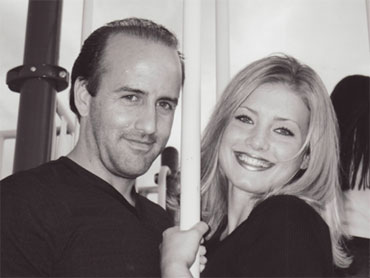 The push to Baghdad may have been quick, but it's also been exhausting. Ground troops have been on the move day and night.

And for the soldiers already in place, there's very little rest for the weary with all the bombing and threat of attack.

How does lack of sleep affect soldiers? As the chief neuropsychiatrist at the Walter Reed Army Institute Of Research, Col. Gregory Belenky has studied that very question.

The first thing he points out is there is a distinction between sleep deprivation (less than four hours a night) and sleep restriction (between four and six hours). He's found that with four to six hours sleep, cognitive abilities are degraded but at a certain point, they stop declining and level off. With less than four hours, the degradation is extreme.

He says complex problem solving is done in the pre-frontal cortex of the brain and when people are sleep deprived, that part of the brain isn't "lit up."

An example he used is the 1993 crash of a charter cargo plane at Guantanamo Bay. The crew had been up for 24 hours. The co-pilot kept telling the pilot to watch his airspeed, but the pilot kept asking where's the beacon. In other words, he fixated on spotting the airport beacon, rather than the larger problem of flying the plane. Impairment of problem-solving skills is common in the sleep deprived.

Twenty years ago, Army field exercises were 72 hours and soldiers were sleep deprived but could usually make it through the exercise. Now the Army trains for 14 days and so commanding officers and soldiers learn to pace themselves better because they have to deal with sleep issues.

Col. Belensky says the Army only gives soldiers coffee as a stimulant, not Dexedrine (the drug being taken by the U.S. pilots in Afghanistan who killed four Canadians by mistake).

He notes pilots tend to have more scheduled missions. Ground troops often don't know if they're going to be able to rest, and if they got the chance and had taken a stimulant, they might not be able to sleep. Besides, stimulants are a short-term fix. They don't restore skills to a sleep-restricted person and they wear off.