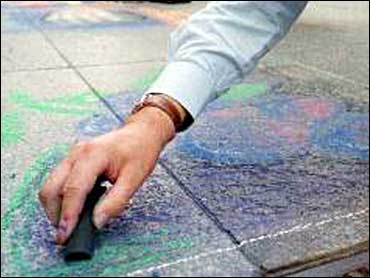 On the wall of London's National Gallery, just up the road from here, hangs an unrivalled artistic masterpiece. It was painted by Raphael. It's a very rare Madonna and Child, Madonna of the Pinks it's called, and it's worth a fortune…around $50 million. That's the price the J. Paul Getty Museum in Los Angeles has offered to pay, and right now Britain can't match it.

This painting, like so many others that have gone the same way, is actually owned by an English aristocrat – the Duke of Northumberland. His ancestors picked it up for a song a few hundred years ago. But the current Duke, like so many other Dukes, has fallen on hard times. He needs to pay the builders to stop his castle falling down.

So, Madonna of the Pinks is up for sale, and, yes, we can keep it in this country if we can only raise enough money to keep it. The question is do we really have the will? There's no doubt that Britain is an artistic nation. We spend considerable sums of money on the arts, not all of it wisely. Just a few weeks ago I reported on the crazy case of a young poet who'd been given a large government grant to write a single verse each word of which was then sprayed onto the back of a different sheep, in a field, where the animals moved round so the verse made no sense.

This morning I bring you news of the latest contribution we generous artistic British taxpayers are making. This time it's a form of sculpture, except the artist concerned doesn't have to do any sculpting at all. In fact the work requires no skill, training or imagination whatsoever. The artist, Anthony Gormley is his name, advertised for volunteers – 240 of whom – people aged between five and ninety five - didn't bat an eyelid when he told them to strip off and then covered them in clay, head to toe, nothing left out. The volunteers weren't paid for this dubious privilege, but once the clay dried they were cut free and allowed to go home. Their resultant body masks in all shapes and sizes will shortly be displayed at an exhibition under the pompous and meaningless title: "Domain Field." And we British taxpayers are shelling out $650,000 in public money to make it happen.

Somehow I can't see the J. Paul Getty Museum outbidding us on this one. Can you?