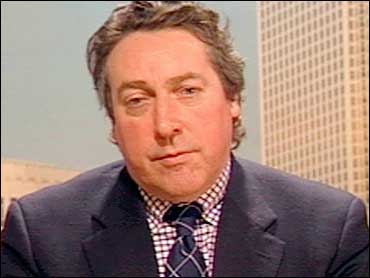 U.S. officials have declared that Saddam Hussein's reign of terror is over, even though it has no definitive word on what has become of the Iraqi leader.

On Sunday it was revealed that American authorities have DNA samples from Saddam and his two sons, which will make it easier to determine whether the trio survived coalition attacks.

In his book, "Saddam: King Of Terror," Con Coughlin describes Saddam as a martyr who refuses to be captured alive and he tells The Early Show co-anchor Harry Smith he believes Saddam is still alive and may even be waiting for the right time to make a comeback.

Coughlin says it is possible Saddam escaped the coalition-led strikes. "I think the fact that Central Command is now basically putting a price on Saddam's head or for information leading to his capture suggests their line of thinking, that he's still around somewhere," Coughlin says.

On Friday, the U.S. military issued a most-wanted list of Saddam's government officials in the form of playing cards (each card has a picture of a top-wanted figure). Brig. Gen. Vincent Brooks said that the whereabouts of some of the most wanted figures were unknown (including Saddam himself, as well as Saddam's minister of information, Mohammed Saeed al-Sahhaf), and that "the key list (of sought-after Iraqi officials) has 55 individuals who may be pursued, killed, or captured."

Coughlin says if Saddam is around, "he could always become a rallying point for disaffected Iraqis. We're seeing there's a breakdown of law and order in Iraq. If that got worse, then someone might sit down, who is a born survivor, may well say, 'Right, I can make a comeback here.'"

In fact, when Saddam spoke with CBS Ebvening News anchor Dan Rather before the war, he called himself a survivor, noting that he survived the '91 war, and that poses a problem for the coalition.

"I think, given the way that Secretary Of Defense Rumsfeld is talking at the moment, I think I know what we do to Syria if a government-in-exile appeared in Damascus," Coughlin says asserting that the road ahead for Iraq is a difficult one.

"It is not going to be easy to build the kind of Iraq that people in Washington want to see - this liberal democracy, this modern country. There are a lot of people with their own agendas. And we're seeing this with the Shiite cleric who went back to Najaf, was basically briefed by people in London, and the CIA this is what we want to do. He goes to Najaf, within two days has been stabbed to death," he says.

Coughlin says Iraq has the potential of becoming another Lebanon. "I covered Lebanon in the bad days in the 1980s. And I saw what militiamen could do to a city. And, you know, the Israelis were there. The Israelis have a very sophisticated army. They were sent packing. And this is a problem. And we have to build up relationships with people who are going to cooperate with the building of Iraq," Coughlin says.

It is a great dream to bring everybody together and have a constitutional reform but, Coughlin says, "there's a long way to go before it happens."

Capt. Frank Thorp, a spokesman for U.S. Central Command, told a briefing in Doha, Qatar, that a preliminary meeting was scheduled for Tuesday in the Iraqi city of Nasiriyah, where Ahmad Chalabi, a prominent opponent of Saddam Hussein's regime, has spent the last week. He would not, however, disclose who participants would be.