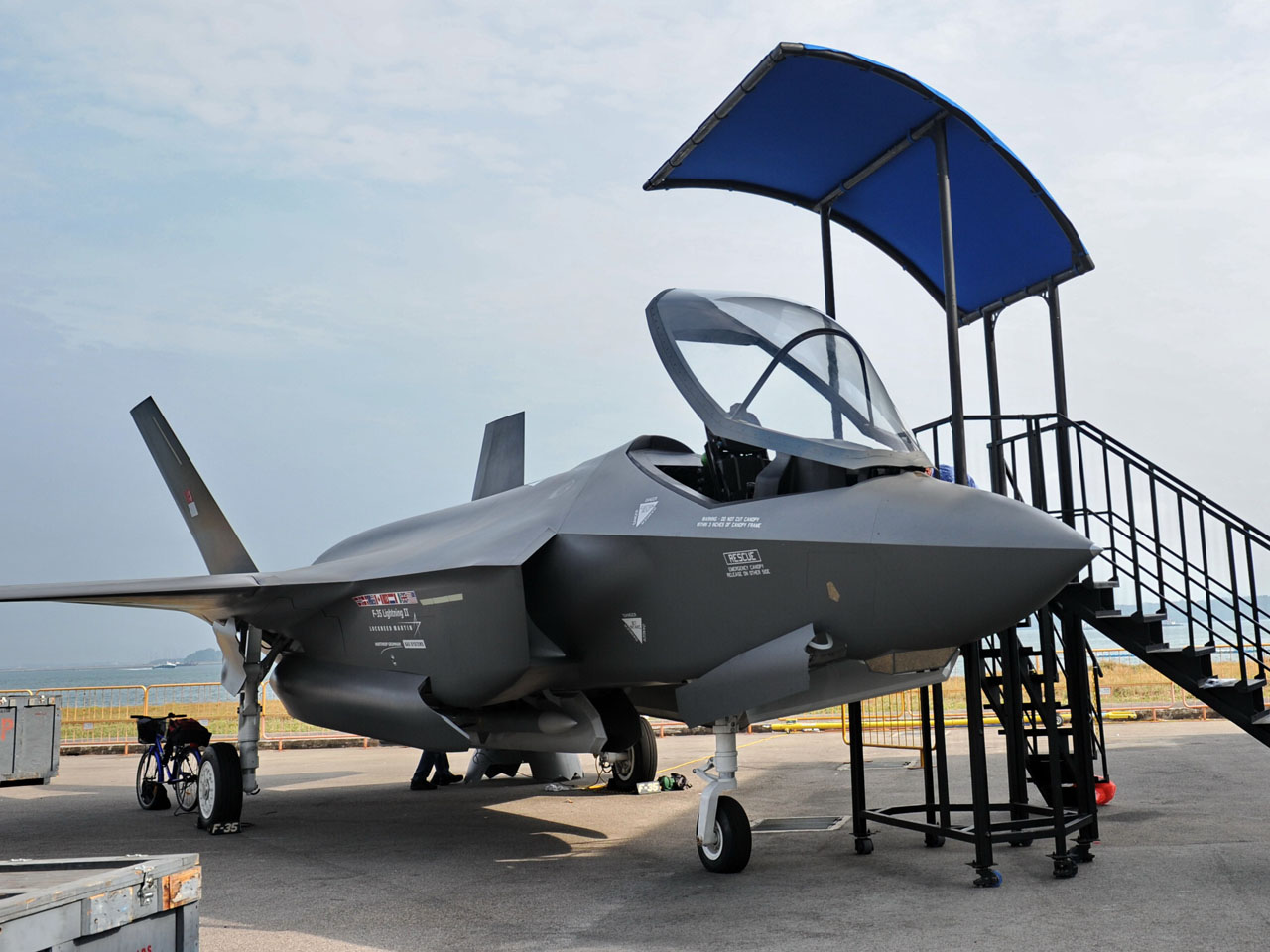 President-elect Donald Trump appears to be weighing the costs and benefits of killing the F-35 Joint Strike Fighter Jet, pitting top aircraft manufacturers Lockheed Martin and Boeing against each other in a bid for defense contracts.

Mr. Trump said in a tweet late Thursday night that there were “tremendous cost and cost overruns” of Lockheed Martin’s F-35, but that he had asked Boeing to “price-out a comparable F-18 Super Hornet”:

Boeing, in response, sent a tweet less than an hour later saying it was “ready to work with” the administration to “affordably meet U.S. requirements.”

The president-elect met separately with the executives of the two major defense contractors earlier this week at his Mar-A-Lago estate in Florida.

He spoke with Boeing CEO Dennis Muilenburg Wednesday in what the executive later said was a “very productive” discussion.

Following the president-elect’s meeting with Marillyn Hewson, Lockheed Martin’s CEO, the executive released a statement saying she “appreciated the opportunity to discuss the importance of the F-35 program and the progress we’ve made in bringing costs down.”

“The F-35 is a critical program to our national security, and I conveyed our continued commitment to delivering an affordable aircraft to our U.S. military and our allies,” Hewson said.

The Pentagon is attempting to purchase over 2,400 F-35 planes, some of the most advanced computerized aircrafts, to become the standard fighters for the Air Force, Navy, and Marine Corps. They would then replace several older planes, including Boeing’s F/A-18.

As some have pointed out on Twitter, however, the possibly cheaper Super Hornets Mr. Trump is advocating for present no comparison to an F-35, which currently costs more than $100 million to produce.

According to Marcus Weisgerber at Defense One, the F-35 has stealth capabilities, whereas the F/A-18 does not:

But the F-35 program has been beset by delays, cost overruns, and malfunctions since Lockheed Martin began producing them nearly 10 years ago. Both Republican and Democratic legislators have been critical of the aircraft due to numerous safety concerns, and worries that it would be undependable in some combat scenarios.

On the Wednesday that Mr. Trump spoke with Boeing and Lockheed Martin executives, the president-elect also met with Air Force generals and Navy admirals to discuss the aircraft, telling reporters that the meeting was focused on “trying to get costs down cost primarily the F-35 trying to get the costs down cause it’s a program that’s very very expensive.”

“We are going to get the costs down and get it done beautifully,” he promised.