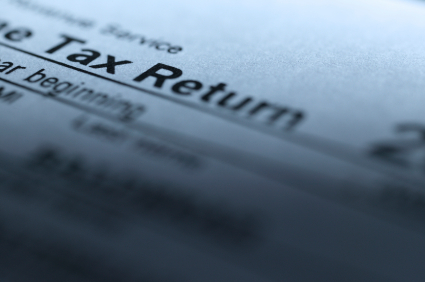 WASHINGTON - Legislation that would trim hundreds of millions of dollars from the Internal Revenue Service budget would force significant cuts in the services it provides taxpayers and cost the government $4 billion annually in lost revenue, the agency warned Congress on Monday.

In a letter to lawmakers, IRS Commissioner Douglas Shulman said the budget cuts "would lead to noticeable degradation of both service and enforcement and would have a serious detrimental impact on voluntary compliance for years to come."

The House Appropriations Committee has approved a bill that would provide $11.5 billion for the IRS in fiscal 2012, which began Oct. 1. That is $600 million less than it received last year and $1.8 billion less than President Barack Obama requested.

The Senate Appropriations Committee version of the bill would provide $11.7 billion. The cuts are part of an effort by lawmakers to curb spending at a time when annual federal budget deficits have reached $1.3 trillion.

With cuts of that magnitude, IRS answers to taxpayers' letters would be delayed by up to five months and about half of those telephoning the agency would not get through, Shulman wrote. As examples, he said that would mean problems for individuals and small businesses that have fallen behind paying their taxes and want to reach the IRS to work out payment plans before they are penalized.

Shulman said the budget cuts would hurt revenue collections because it would force the agency to shrink its staffing levels, and thus to reduce its collection activities. The $4 billion in yearly lost revenue would far outweigh the cuts in agency spending, he said.

"In other words, these budget cuts will result in a direct increase to the nation's deficit," Shulman wrote.

Shulman said the proposed cuts are already forcing his agency to reduce spending, because it would not have enough time to implement them if it waited until the congressional budget process is completed.

Lawmakers will try to help the IRS ease the cuts' impact, but with the government's debt problem, "making do with less will be the rule, not the exception," said Max Gleischman, spokesman for Sen. Richard Durbin, D-Ill., who chairs the Senate Appropriations Committee panel that wrote the spending bill.

Rep. Jo Ann Emerson, R-Mo., who leads the House Appropriations subcommittee that authored that chamber's legislation, said the cuts were designed to avoid hurting collections and services but added, "Like families across the country, the IRS will have to do more with less."

Michelle Dimarob, a senior Republican adviser to the tax-writing House Ways and Means Committee, said IRS enforcement actions resulted in 17 percent more revenue in 2007 than in 2006, even though the IRS budget did not increase.

Rep. John Lewis, D-Ga., a member of the Ways and Means panel, said the reduction "makes no sense." And Colleen M. Kelley, who heads the National Treasury Employees Union, called on Congress to act to prevent the cutbacks.