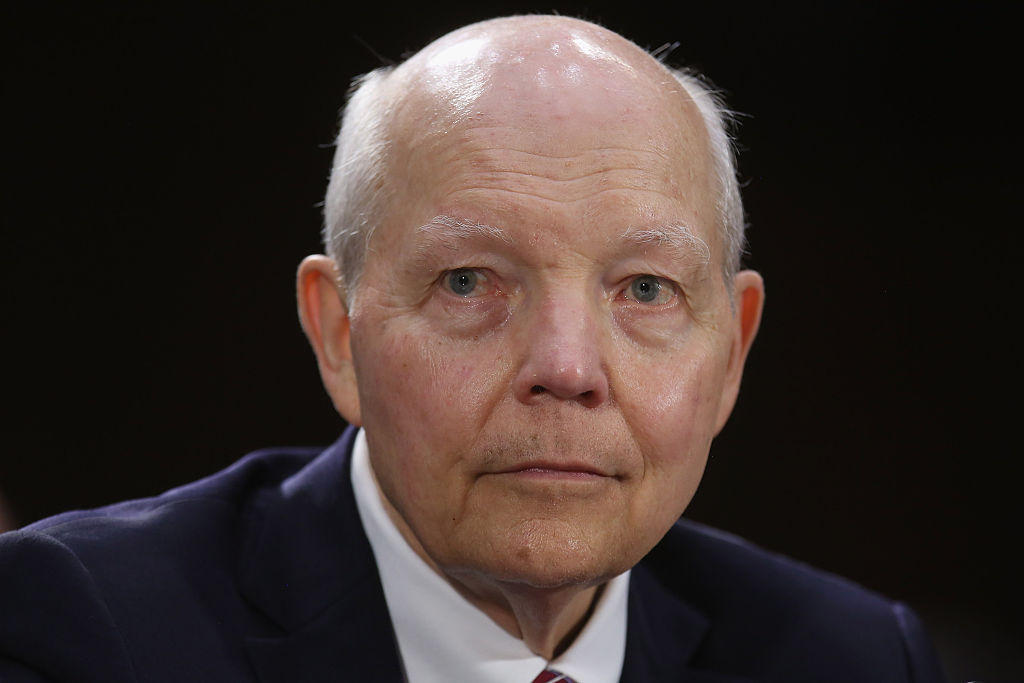 IRS Commissioner John Koskinen says he won’t step down, following calls by Republicans to resign or for President Donald Trump to fire him.

It follows similar refusals to step down during a Senate Finance Committee hearing April 6th.

In a letter to President Trump also dated April 6, Republicans on the House Oversight Committee demanded he fire Koskinen.

“We ask that you demand IRS Commissioner Koskinen’s resignation,” the letter reads.

Conservatives accuse Koskinen of helping cover up a scandal in which they say former senior IRS official Lois Lerner directed the agency to scrutinize conservative groups applying for tax-exempt status.

Koskinen’s “actions permanently deprived Americans of a full understanding of the IRS targeting scandal, where Americans were selected for extra scrutiny based on their political views,” committee Republicans write.

Koskinen tells CBS News he hasn’t spoken with the president, but he says “I’ve always said I serve at the pleasure of the President.”

“Since the inauguration, I haven’t talked to the President at all,” Koskinen says. “I haven’t had any conversations with anyone about the President’s view of the IRS.”

Still, the Trump administration has proposed significant budget cuts to the IRS.

The White House’s “Budget Blueprint” released last month calls for “diverting resources from antiquated operations that are still reliant on paper-based review in the era of electronic tax filing would achieve significant savings, a funding reduction of $239 million.”

“I think we’re to a point where there isn’t anything easy to cut,” Koskinen says.