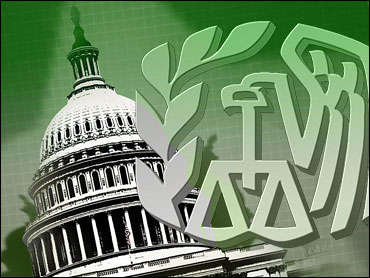 American tax authorities are not living up to its pledge to crack down on wealthy tax cheats, a tax watchdog group says, citing a drop in audits of millionaires last year.

The tax agency disputes the conclusion, ascribing the "slight" decline in audits to its focus on getting people their economic stimulus checks.

Those with incomes of $1 million and above had a 5.6 percent chance of getting audited in fiscal year 2008, which ended last September, down from 6.8 percent the previous year, according to government figures. The actual number of millionaires audited fell from 23,200 to 21,874; the number of millionaires filing tax returns grew from 339,138 to 392,776.

"In the face of growing federal deficits and public calls to lower the tax gap - the amount of taxes due but not reported and paid - the drop in millionaire audits is surprising," said the Syracuse University-based Transactional Records Access Clearinghouse in a report Monday.

It said the significant drop in audits of richer Americans contrasted with tax service statements last year that it was making strong progress in enforcement, especially of those with incomes of more than $1 million.

But tax authority spokesman Terry Lemons said that what they regarded as a "slight" drop in audits reflected a year in which the agency was dealing with budget constraints and assuring that economic stimulus checks reached mail boxes and bank accounts.

The bottom line, said Lemons, is that "if you are a millionaire you are a lot more likely to be hearing from the IRS," referring to the tax authority by its initials. He also pointed out that a person with an income of more than $10 million now has almost a one-in-10 chance of being audited.

The TRAC report said focus on high earner returns is critical because of the huge rewards. Among those millionaire audit cases where additional taxes were recommended, the average was $198,000 after face-to-face audits and $137,000 for audits done through correspondence.