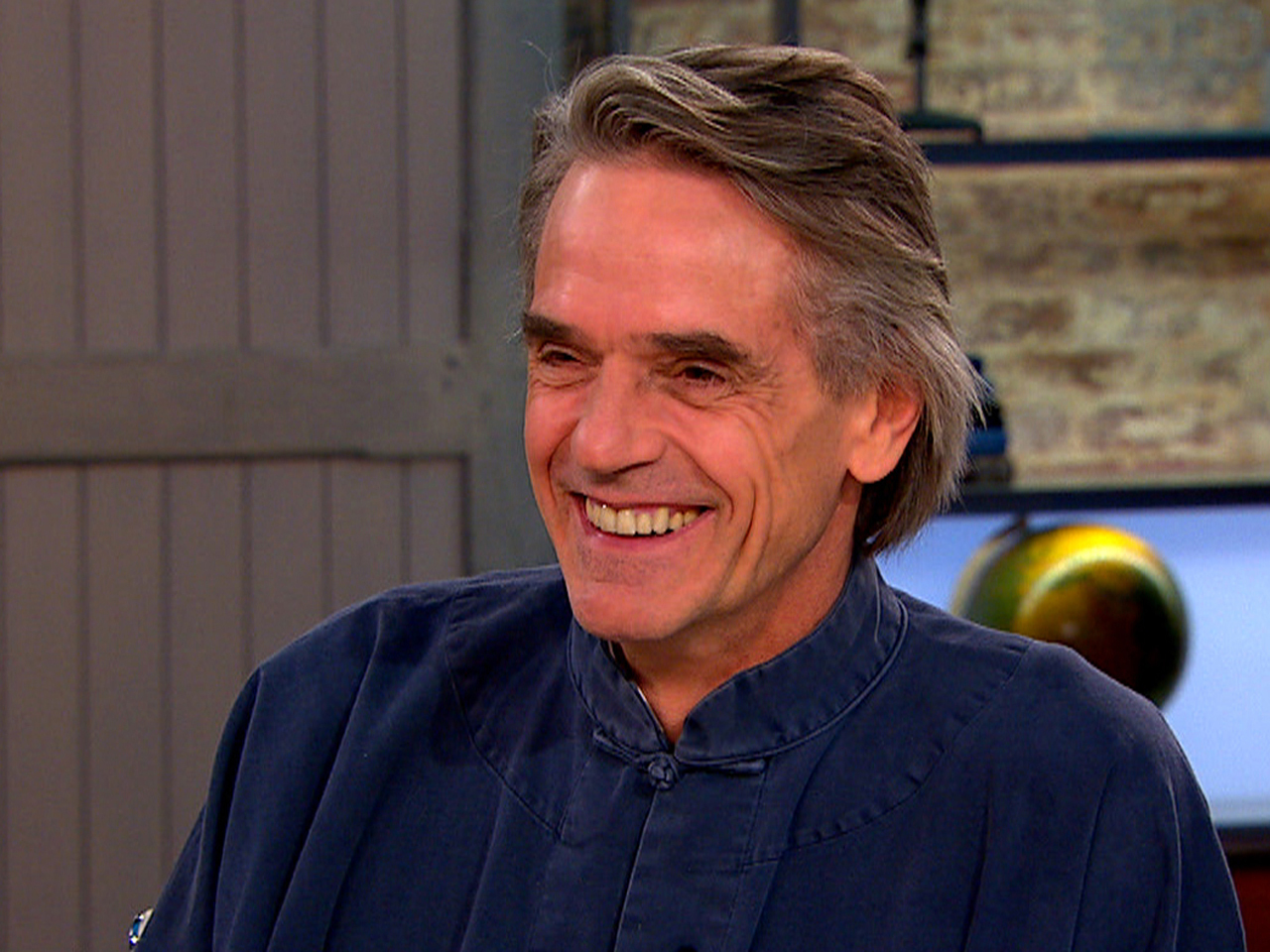 (CBS News) Actor Jeremy Irons plays an old man in his new film, but the Oscar-winning actor showed no signs of slowing down as he spoke to Charlie Rose and Gayle King.

"It's so nice to need to be aged still," Irons joked. "Days will come when I won't have to be aged any longer."

The British-born Irons, known for his haunting voice and uncompromising work ethic, was aged 25 years for "The Words," in which he plays a man who confronts a young author -- played by Bradley Cooper -- about a stolen manuscript.

"It's good to look into the future," he said. "I think to myself, I hope I live that long to look like that."

He said he was intrigued by the film's script, his character's enigmatic qualities, and the chance to work with actor Bradley Cooper, whom Irons called "a wonderful actor."

"The Works" is hardly the only project on Iron's plate. He also discussed his new documentary, "Trashed."

"It's about waste," he said. "About how we produce too much rubbish, too much trash."

Irons narrated and executive produced the film, which received a special screening at the 2012 Cannes Film Festival.

"I wanted to make a documentary about something which is massive and could be changed," he said. "It's so dangerous - the effect on our health. I felt, 'let's draw people's attention to this."

The theme of excess recurs in yet another project Irons is involved with, Showtime's "The Borgias," which is now entering its third season.

Irons plays Rodrigo Borgia, the shrewd and scheming clergyman who became pope, and who also enjoys the carnal pleasures of life.

"He is a complex character," Irons said. "Any pope with 12 children would be."

For the full interview with Jeremy Irons, watch the video above.