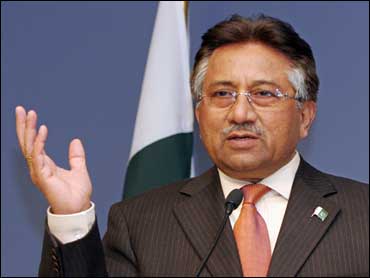 When Troy Murphy fouled out with the score tied and 4:28 to play, the Notre Dame All-American gathered his teammates in an under-the-basket huddle before leaving the court.

"I said we were going to win," Murphy said. "I said they were going to be all right. We knew it was just a foul, and we had to play."

The teammates responded. Notre Dame scored the next 10 points and beat No. 10 Georgetown 78-71 Saturday, the fourth win in a row for the Fighting Irish.

"We keep getting into new territory as a basketball program," coach Mike Brey said. "We've just got to learn how to handle that."

The victory gives Notre Dame (13-5, 5-2), which beat No. 11 Syracuse on Tuesday, its first four-game conference winning streak since joining the Big East in 1995. The Irish are also three games over .500 for the first time in conference play.

Lee Scruggs scored 17 points off the bench to lead the Hoyas (17-2, 4-2), who have lost back-to-back conference games after starting 16-0. Georgetown was outrebounded for the first time this season, 38-37. That limited the transition game, and the struggling half-court offense produced just 37 percent shooting in the second half.

"The students just got back to school, and we're letting them down," said guard Kevin Braswell, a reference to Georgetown's biggest home crowd of the season. "We haven't had a lot of experience in close games. We really have to learn from that. There are some plays that we shouldn't make."

Ryan Humphrey had 17 points and 10 rebounds for the Irish. Murphy, who fouled out for the second time this season, added 16 points. David Graves scored 15, including back-to-back 3-pointers that began the game-ending, 28-14 run.

Notre Dame trailed 5-50 with 7:54 to play when Graves made his consecutive 3s. Martin Ingelsby followed with another 3-pointer. After Murphy fouled out, the Irish pulled away by taking the ball having the guards take the ball inside to draw fouls. Notre Dame was 17-for-21 from the line over the final four minutes.

Humphrey gave Notre Dame its first lead, 61-59, with a pair of free throws with 3:57 remaining. Harold Swanagan, who scored nine of his 11 points in the final 3 1/2 minutes, then added seven points in a row - including five free throws.

"Swanagan, he's been the guy we've used as an example to our team to do the tough, dirty little things," Brey said. "He is so well-respected, I think at times he has shamed them into taking charges, diving after loose balls and setting screens."

Wesley Wilson's baseline jumper with 6:37 remaining was Georgetown's last basket until Mike Sweetney's three-point play wit 1:05 to go. That cut the score to 69-62, but Notre Dame made its free throws over the final minute to seal the win.

After a slow start Thursday in a non-conference victory over UNLV, the Hoyas came out determined to run. Ingelsby, Notre Dame's usually sure-handed point guard, had two turnovers before he had an assist, and an early rebounding edge led to several transition baskets to give Georgetown a 22-15 lead.

But the Hoyas didn't score another field goal for nearly four minutes. Graves came off the bench to score seven points in an 11-6 run that pulled Notre Dame within two. Kevin Braswell made a pair of jumpers in the final minute of the first half to give the Hoyas a 36-30 halftime lead.

But they couldn't keep the momentum.

"It wasn't by accident we're 17-2," Georgetown coach Craig Esherick said. "It was based on hard work. There's no reason to hang our heads. We've got plenty more basketball to play."