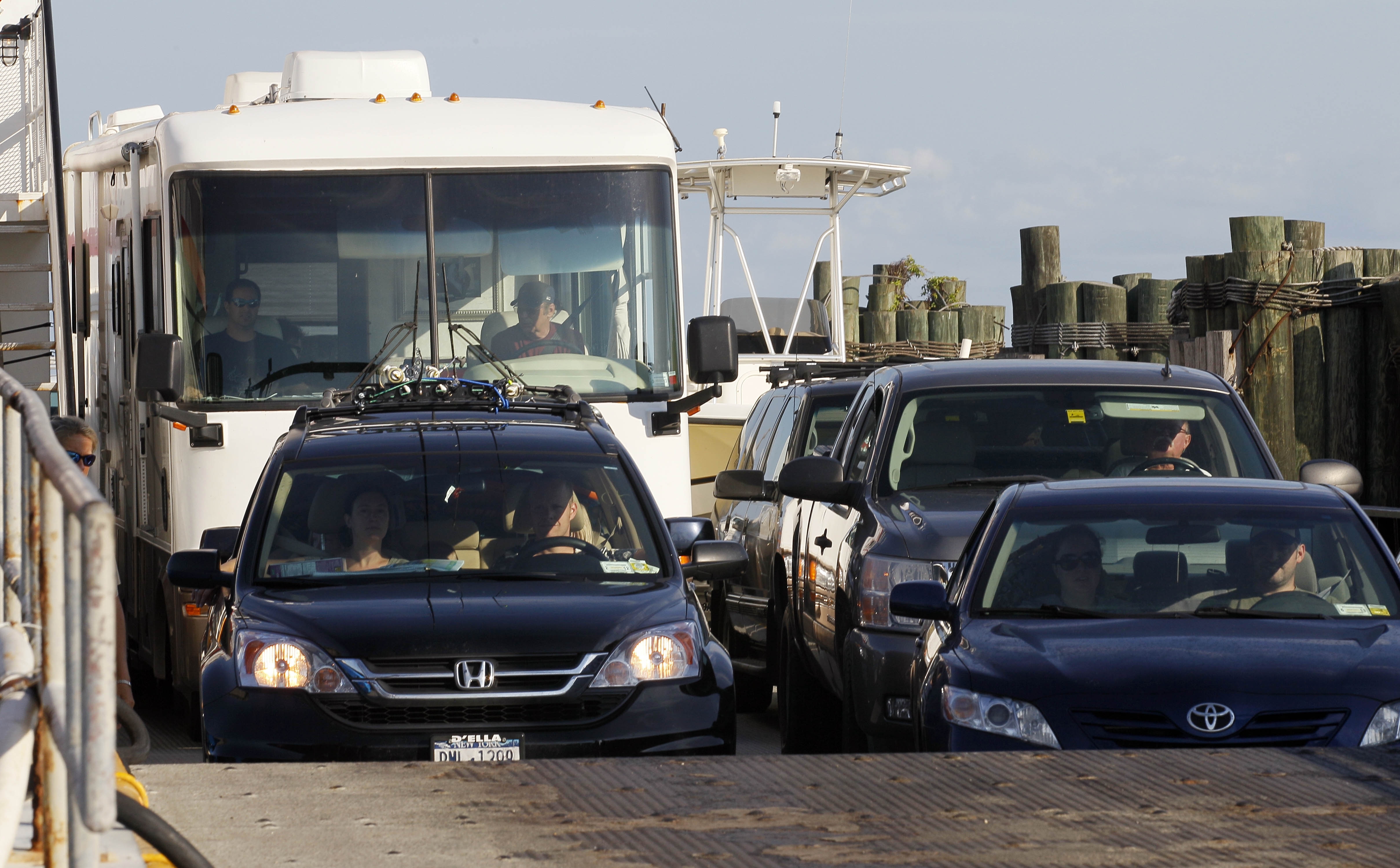 HATTERAS, North Carolina - Hurricane Irene strengthened to a major Category 3 storm over the Bahamas on Wednesday with the East Coast in its sights.

Federal officials have warned Irene could cause flooding, power outages or worse all along the East Coast as far north as Maine, even if it stays offshore. The projected path has gradually shifted to the east, though Irene is still expected to make landfall as a major hurricane in North Carolina sometime over the weekend. It is then expected to continue trudging northward.

The evacuation in North Carolina was a test of whether people in the crosshairs of the first major hurricane along the East Coast in years would heed orders to get out of the way.

Preparations for the storm were underway all along the Eastern Seaboard, CBS News' Bigad Shaban reported on "The Early Show" from Cocoa Beach, Fla.

Speaking Wednesday on ABC's "Good Morning America," Craig Fugate, head of the Federal Emergency Management Agency, said people as far north as New England should be ready for the storm. When asked about concerns preparing the Northeast for a hurricane, which is uncommon in that part of the country, Fugate cited Tuesday's earthquake that rattled the East Coast.

"It's a reminder that we don't always get to pick the next disaster," Fugate said.

Irene had already wrought destruction across the Caribbean, giving a glimpse of what the storm might bring to the Eastern Seaboard. In Puerto Rico, thousands of people were without power, and one woman died after trying to cross a swollen river in her car. At least hundreds were displaced by flooding in the Dominican Republic, forced to take refuge in schools and churches.

Forecasters warned it could get worse: The storm was likely to strengthen into a Category 4 monster by the time it makes landfall in the U.S. this weekend. Irene could crawl up the coast Sunday toward the Northeast region, where residents aren't accustomed to such storms.

It's been more seven years since a major hurricane, considered a Category 3 with winds of at least 111 mph (179 kph), hit the East Coast. Hurricane Jeanne came ashore on Florida's east coast in 2004.

Though a Category 2, Isabel cut a new inlet through Hatteras Island and killed 33 people.

In Brevard County, Fla., the director of emergency operations, Bob Lay, and his team don't believe they'll suffer the same fate as Puerto Rico, which left more than a million without power and one woman dead after trying to cross a swollen river in her car.

"Most of us in this business, we don't feel real certain until we actually know the storm is leaving our area completely," Lay said.

In Mount Pleasant, S.C., hardware stores are doing brisk business as weary residents stock up on generators, flashlights and other hurricane supplies.

Across state lines in Wrightsville Beach, N.C., the shore is packed, but city leaders are already planning for a potential evacuation, supplying homeowners with the documentation they need to get back on the island if Irene forces them off.

The first ferry to leave Ocracoke Island, part of the Outer Banks, arrived just before 5:30 a.m. in nearby Hatteras with around a dozen cars on board.

It won't be easy to get thousands of people off Ocracoke Island, which is accessible only by boat. The 16-mile-long barrier island is home to about 800 year-round residents and a tourist population that swells into the thousands when vacationers rent rooms and cottages. Tourists were told to evacuate Wednesday. Island residents were told to get out on Thursday.

It wasn't clear how many people on the first arriving ferry Wednesday morning were tourists, but the first two cars to drive off it had New York and New Jersey plates.

Getting off the next ferry about an hour later was a family that included newlywed Jennifer Baharek, 23, of Torrington, Conn. She and her husband, Andrew, were married Monday and planned to spend their honeymoon on the island.

"We just got to spend one day on the beach and then we went to bed early to get up for the evacuation," she said.