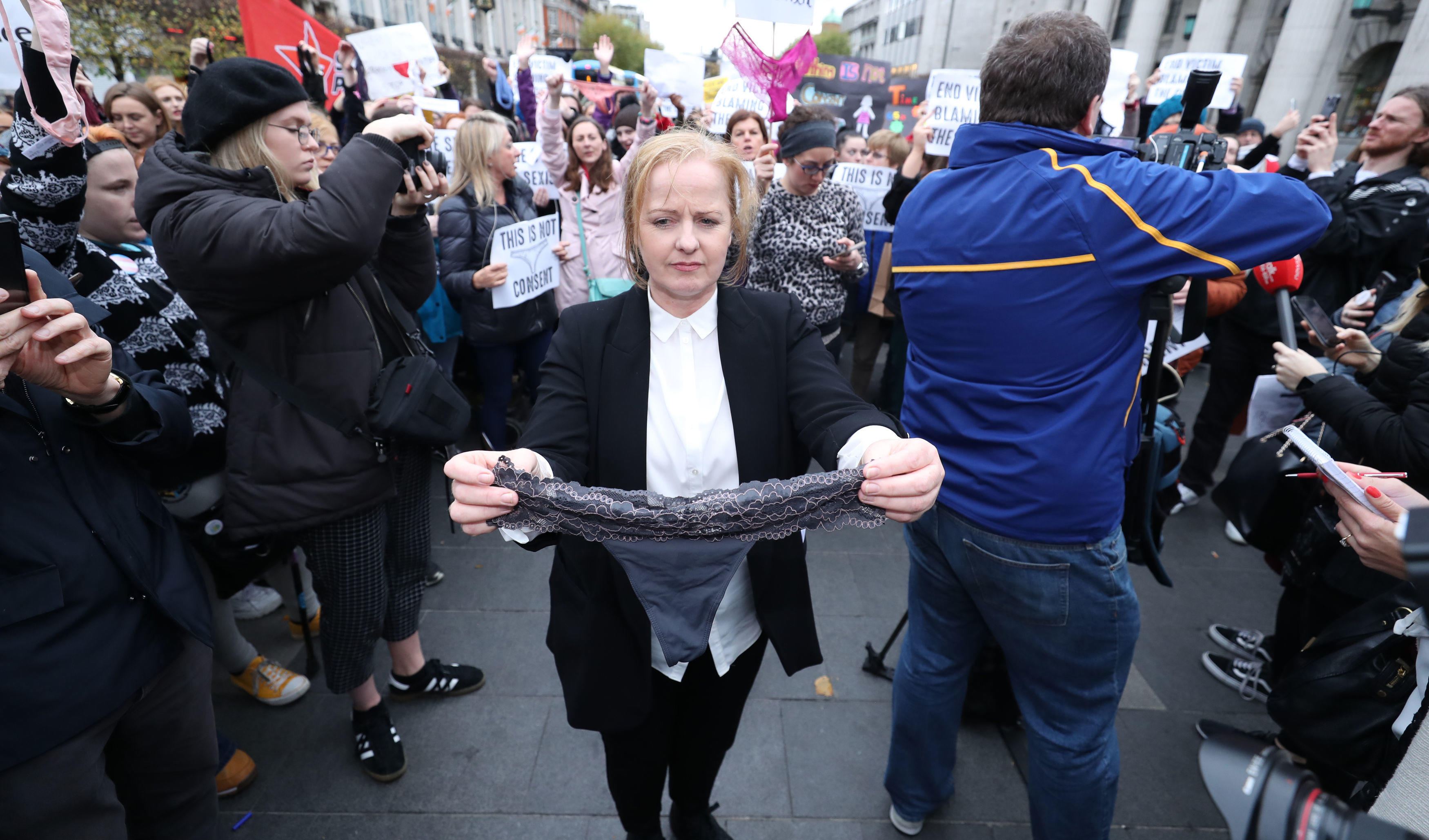 DUBLIN -- Protests have flared across Ireland this week triggering a viral campaign online after a defense lawyer showed a 17-year-old girl's thong or G-string in court as alleged proof of her consent in a rape case.

The outrage has included a female lawmaker brandishing underwear in parliament and women posting pictures of their thongs online with the hashtag #ThisIsNotConsent.

"It might seem embarrassing to show a pair of thongs in this incongruous setting," said member of parliament Ruth Coppinger -- pulling the underwear from her sleeve against the objections of the speaker on Tuesday.

"But the reason I'm doing it -- how do you think a rape victim or a woman feels at the incongruous setting of her underwear being shown in a court?"

She was referring to a rape case in the republic's southern city of Cork, where a girl's underwear was shown to jurors.

"A barrister actually told a jury to 'look at the way she was dressed', that she was 'open to meeting someone' because she was 'wearing a thong with a laced front'", Coppinger added.

"Women in this country are getting a little bit weary at the routine victim-blaming going on in Irish courts."

Protests have now taken place in the cities of Dublin and Cork as well as Belfast in Northern Ireland -- with women appearing brandishing pairs of underwear and placards emblazoned with the phrase "This is not consent."

Protestors are calling for a reform in Irish rape prosecution laws to deny the defence practice which they say reflects a culture of victim-blaming.

She said culture places "enormous pressure" on women and girls "to be sexualized and to present sexually" -- but that rape trials then often punish that same behaviour with the use of such "evidence."

Clothing, as well as fake tan and contraception, have all been used as alleged proof of consent in recent rape trials, Coppinger said Tuesday.