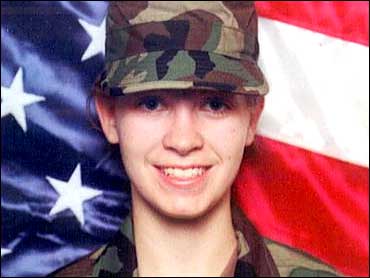 Iraqi doctors who treated former prisoner of war Jessica Lynch dismissed on Friday claims made in her biography that she was raped by her Iraqi captors.

Although Lynch said she has no memory of the sexual assault, medical records cited in the book — "I am a Soldier, Too: The Jessica Lynch Story" — indicate that she was raped and sodomized by her Iraqi captors.

The book — due to be released Tuesday — covers Lynch's experience between March 23 when her 507th Maintenance Company convoy was ambushed in Nasiriyah and April 1 when she was evacuated from a hospital by U.S. commandos.

Lynch suffered broken bones to her right arm, right leg and thighs and ankle and received a head injury when her Humvee utility vehicle was hit by a rocket-propelled grenade and crashed into another vehicle. Eleven soldiers were killed in the attack.

Dr. Mahdi Khafazji, an orthopedic surgeon at Nasiriyah's main hospital performed surgery on Lynch to repair a fractured femur and said he found no signs of rape.

Khafazji, speaking at his private clinic in Nasiriyah, said he examined her extensively and would have detected signs of any rape. He said the examination turned up no trace of semen.

Dr. Khafazji said Lynch was taken first to the Military Hospital, a few hundred yards from the ambush site at around 8 a.m., about an hour after the attack. A few hours later, she was brought to his hospital.

"She was injured at about 7 in the morning," he said. "What kind of animal would do it to a person suffering from multiple injuries?"

Dr. Jamal al-Saeidi, a brigadier general and head of the orthopedic department at the now disbanded Military Hospital, remembers seeing Jessica's motionless body on a bed in the crowded lobby of his hospital. He said a police van parked outside appeared to have brought her to the hospital.

He said Lynch was fully clothed with her field jacket buttoned up. "Her clothes were not torn, buttons had not come off, her pants were zipped up," al-Saeidi said.

Al-Saeidi said he found no signs of rape during an examination although he acknowledged he was not looking for any signs of sexual assault.

Lynch had lost more than half of her blood because of a 10 to 15-centimeter long wound on the left side of her head, as well as broken limbs that caused internal bleeding, al-Saeidi said.

"We had a few minutes, golden minutes to save her," he said. He rushed her to the operating room, away from the crowded lobby, and gave her intravenous fluid and blood and stitched her head wound.

Soon afterward, military intelligence officers came to the hospital to take Lynch away. Dr. al-Saeidi says he told them if she did not get medical attention she would die. They took her to the Saddam Hospital where she stayed nine days until Iraqi soldiers left the hospital.

"Why are they saying such things?" a bitter Dr. Khodheir al-Hazbar, the hospital's deputy director, said. "We were good to her."

In an interview timed to coincide with the release of the book and the airing of TV movies about her ordeal, Lynch herself took issue with the way part of her story was told: She faulted the military for exaggerating her conduct in battle and the operation to rescue her.

"They used me as a way to symbolize all this stuff," she said in an excerpt from the ABC interview. "It hurt in a way that people would make up stories that they had no truth about."

She also said there was no reason for her rescue from an Iraqi hospital to be filmed. "It's wrong," she said.

Footage of the rescue was aired repeatedly on television networks reporting how a special forces team bravely fought into and out of the hospital.

"I don't think it happened quite like that," Lynch said.

It has since emerged that there were no Iraqi forces at the hospital, and that Iraqi doctors had tried to return Lynch to American forces but were forced to turn back when U.S. soldiers fired at them.

But she praised the soldiers who rescued her. "They're the ones that came in to rescue me. Those are my heroes…I'm so thankful that they did what they did. They risked their lives. They didn't know, you know, who was in there."

Early reports had Lynch fighting her attackers until she ran out of ammunition and suffering knife and bullet wounds. Military officials later acknowledged that Lynch wasn't shot, but was hurt after her Humvee utility vehicle was hit by a rocket-propelled grenade and crashed into another vehicle.

Lynch told Sawyer she was just in the wrong place at the wrong time, and that her gun jammed during the chaos. "I'm not about to take credit for something I didn't do," she said.

"I did not shoot, not a round, nothing…I went down praying to my knees. And that's the last I remember."