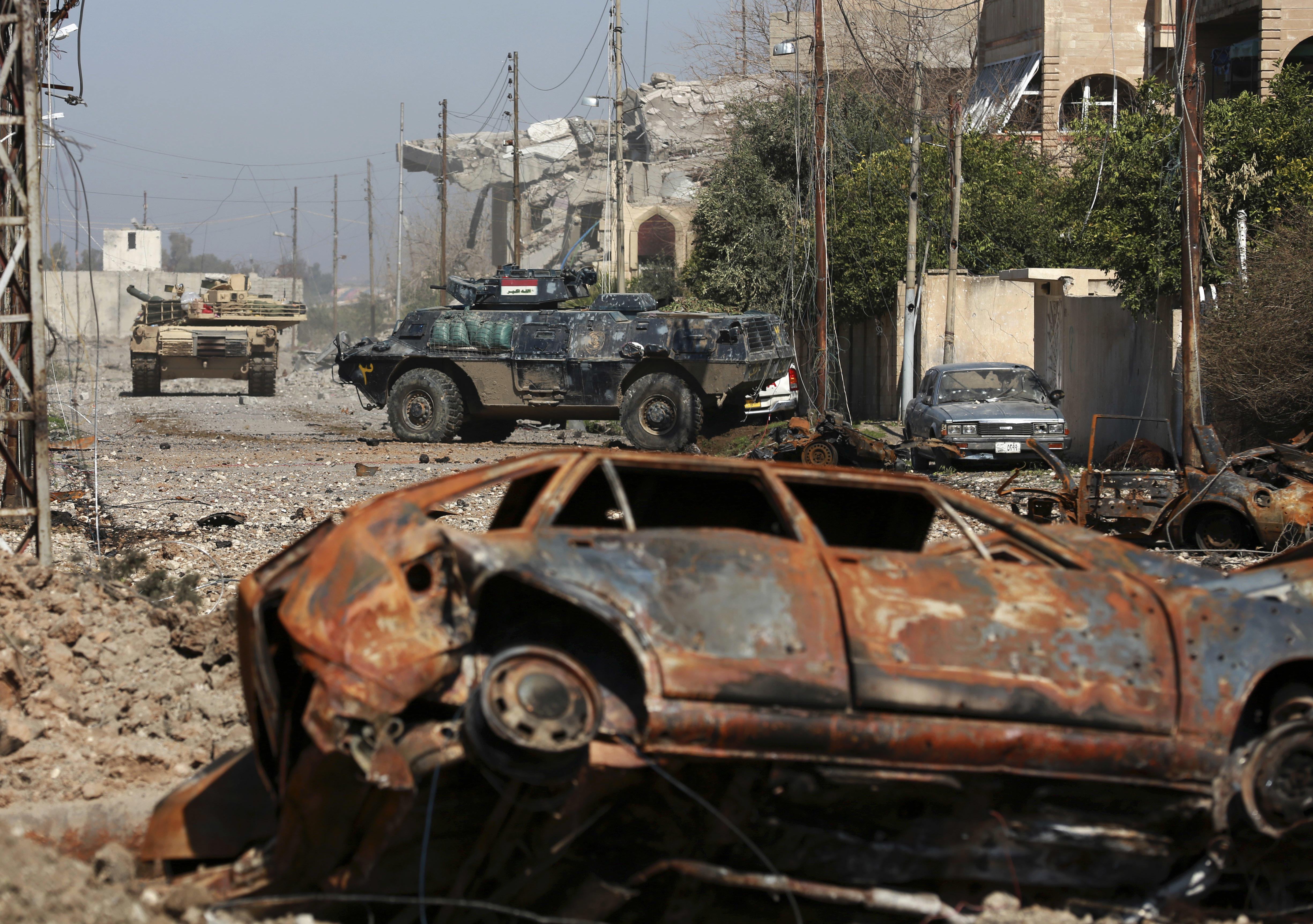 MOSUL, Iraq -- U.S.-backed Iraqi forces fought their way Tuesday into the heart of western Mosul, storming the government complex in this part of the city but quickly pulled back in the face of heavy fire from the Islamic State of Iraq and Syria (ISIS).

Earlier in the morning, Lt. Gen. Abdul-Amir Rasheed Yar Allah said the troops hoisted an Iraqi flag on the complex of buildings in the Dawasa neighborhood, hailing as heroes the federal police units behind the taking of the area.

But by noon, troops on the ground said the complex had not yet been secured and that they were facing a wave of intense ISIS counterattacks.

Sgt. Azam Ibrahim, of the federal police, was one of the first troops to storm the Mosul government complex. His unit then retreated to a base on the edge of Mosul’s Tayran neighborhood, saying the clashes were still underway at the complex later Tuesday.

“We were pulled back because we had killed and wounded,” Ibrahim told The Associated Press. “The (Iraqi) forces there are surrounded, the Humvees cannot reach them, nor can the ambulances.”

The consistent advance - more than two weeks since the new push started to clear Mosul’s western side of ISIS militants - has been a major blow to the extremists who once controlled nearly a third of Iraq.

Iraqi forces declared eastern Mosul “fully liberated” in January after officially launching the operation to retake the city in October.

A U.S.general in the international coalition in Iraq says ISIS forces defending western Mosul are disorganized and some foreign fighters are trying to leave the city, the Reuters news agency reports. U.S. Air Force Brigadier General Matthew Isler said ISIS operational leaders and foreign fighters were withdrawing from the battlefield, leaving local militants to fend off advances by Iraqi forces.

Yar Allah, who commands the army operations in Ninevah, where Mosul is the provincial capital, said the troops now also control the western side of a second bridge across the Tigris River, known as Hurriyah Bridge.

Last week, the troops reached the first bridge from the south in western Mosul, known locally as the 4th Bridge. U.S.-led airstrikes disabled all of Mosul’s five bridges last year in a bid to isolate the militants.

A private broadcaster, Lebanon-based Al-Mayadeen, aired live footage from Mosul, with thick black smokes rising from different areas as gunfire rattled. The TV footage also showed what it said were explosions from two suicide attacks carried out by ISIS militants against the security forces.

Unlike other heritage and archaeological sites in and around Mosul, ISIS couldn’t destroy it as residents formed a human chain around it to protect it when ISIS came to blow it up.

Meanwhile on Tuesday, the United Nations said that by Sunday, it had registered about 42,000 people who had fled their homes in western Mosul since the start of the operation last month. The U.N. Office for Humanitarian Coordination, OCHA, said in a statement that 13,350 people fled to government-run areas in one day alone.

The troops expect to encounter far more fleeing civilians once they enter deeper into the more densely populated part of the city. The U.N. estimates that about 750,000 civilians are still trapped in their houses in Mosul’s western side.

Mosul is Iraq’s second-largest city, and its western half - the Tigris divides the city into an eastern and a western sections - is the last significant urban area held by ISIS in the country. Mosul fell to ISIS in the summer of 2014, along with large swaths of northern and western Iraq.